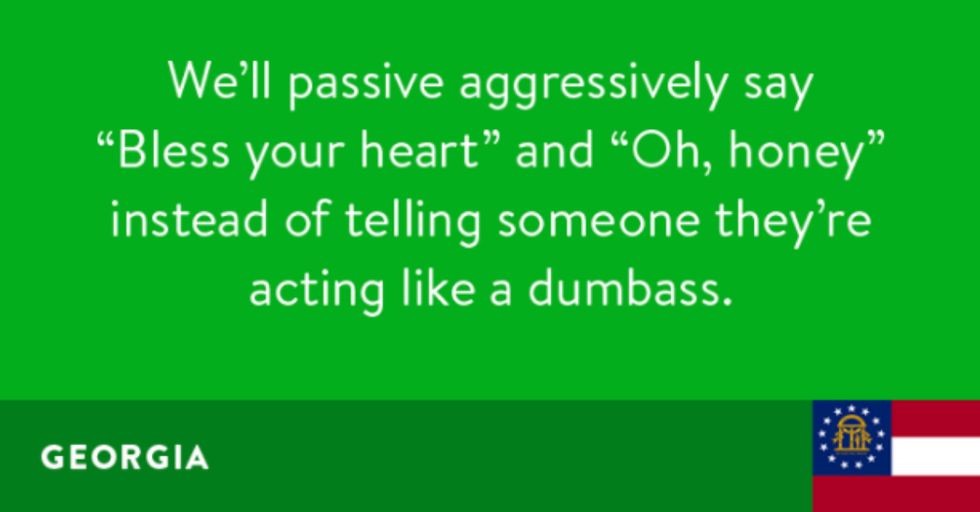 Arizona is the flattest, hottest state. Don't mind me, but I don't want to live anywhere where I have to check my shoes for scorpions.