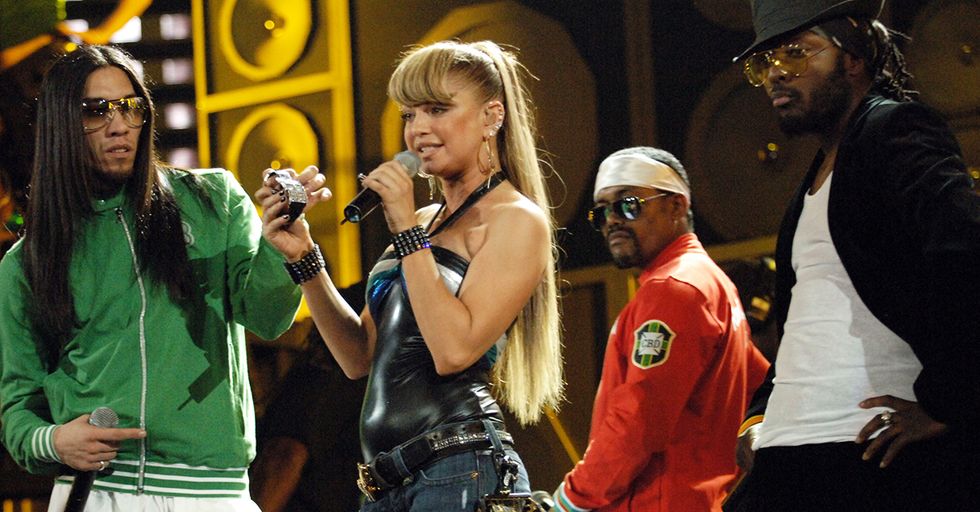 Take a trip with us down memory lane. We're going all the way back to sweaty high school dances and CDs played on your Discman.

We’ve rounded up some of the greatest songs from the early 2000s, from one-hit wonders to instant classics.

Basically, your summer playlist just got way more exciting. Keep reading for a serious blast from the past.

“If I Ain’t Got You" by Alicia Keys

Our pre-teen hearts broke every time we heard this song.

In 2003, no junior high dance was complete without this bop.

“Pieces of Me" by Ashlee Simpson

The perfect soundtrack for your stroll down memory lane.

We can never look at a candy shop the same way. Next up, everybody’s favorite punk princess.

Yep, this one holds up.

“My Humps" by The Black Eyed Peas

This one, on the other hand has always been annoying.

“Oops!...I Did It Again" by Britney Spears

This will never not be a bop.

Let’s face it; we’ll never stop loving Brit. On the next page, the ultimate breakup anthem.

“Before He Cheats" by Carrie Underwood

Oh, you thought you didn’t like country? Carrie was happy to change your mind.

This one takes us right back to those school dances.

The ultimate workout song, then and now.

“Lose Yourself" by Eminem

We dare you not to sing along.

It doesn’t get much more early 2000s than this. Click Next for an earworm that’s absolutely bananas.

This reminds us, we’re due for a rewatch of Laguna Beach.

“Rock Your Body" by Justin Timberlake

Justin will always have a place in our hearts.

“Since U Been Gone" by Kelly Clarkson

Because we’ll never get tired of belting this one out. Next, a song that’s guaranteed to get stuck in your head.

“Can’t Get You Out of My Head" by Kylie Minogue

And now you won’t be able to get this song out of your head either.

“We Belong Together" by Mariah Carey

An anthem to teenage heartbreak.

“Get Ur Freak On" by Missy Elliott

You know the dance floor filled up when this bop came on.

Ah, this song inspired us to go on many drives in the convertible we didn’t own.

“Hot in Herre" by Nelly

Another classic for school dances! On the next page, a one-of-a-kind song that we’re still totally obsessed with.

“Hey Ya!" by OutKast

It’s the type of song that only could have been created in 2005.

“It Wasn’t Me" by Shaggy feat. Ricardo Ducent

Yeah, this one holds up. Who did you bop to Britney and Usher with as a kid? Be sure to share this article with them on Facebook!