If there's a primary wave, I bet there's a secondary wave! | 22 Words 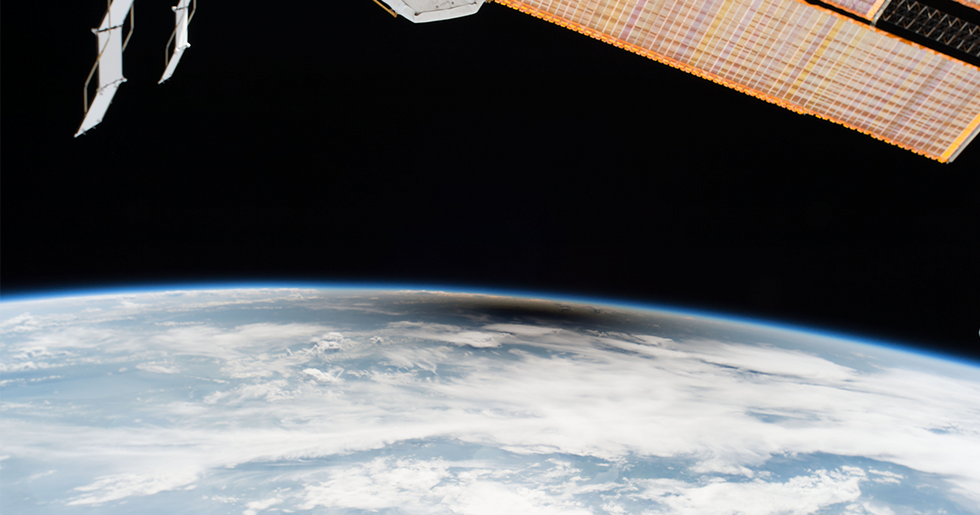 The Earth Just Rang Like a Bell and Left Scientists Clueless

Now I know what you're thinking. This must be the Illuminati. I thought the exact same thing, but since the Illuminati isn't real, I think we can actually rule out that possibility.

Last month, the Earth LITERALLY started ringing, in super low frequencies that only your neighbor's sad but still kinda cute dog can hear. And no one knows why.

Seriously, last month the Earth started emitting a "musical" low pitched hum after a series of earthquakes growing in frequency, and then they just stopped. Now we're trying to find some possible explanations. Read on to find out more about what happened, if it might happen again, and why is this even happening in the first place (hint: we still don't really know).

Earthquake sensors (seismographs for you nerds out there) first picked up weird activity near an island by Madagascar.

No, not that Madagascar.

But weirdly, similar activity was also picked up in Canada, Chile and Australia.

Not sure if you know this, but those countries are nowhere near Africa.

Hawaii, almost on the exact opposite of the globe also picked up the “event".

Because nothing ever insane happens in Hawaii. They needed to get a little taste.

This has really stumped scientists. No one seems to have an explanation to what it was.

Possibly some secret weird military testing, something crashing from space? Superman? No one knows.

A seismologist from Columbia University, Göran Ekström said, “I don’t think I’ve seen anything like it… It doesn’t mean that, in the end, the cause of them is that exotic."

Okay, but it’s way more fun that way. And with a name like Göran Ekström, how could it not be exotic?

So what’s out there anyway? It all originated from an island called Mayotte, positioned halfway between Africa and Madagascar.

NO! Not that Madagascar!

The island has been seeing more and more seismic activity in the last 6 months. Many have been minor, but enough to trigger interest from scientists.

Pls help this dog. One like = one safe trip off that bucket.

The largest came on May 8th, which also happened to be the biggest in the islands recorded history.

But the earthquake “swarm" had been in decline before the mysterious ringing was detected earlier last month.

I don't like the fact that people are referring to earthquakes happening in swarms. Good thing Global Warming is a hoax created by the Chinese.

Ekström, who specifically studies unusual earthquakes, points out it’s not just the frequency of these earthquakes that’s alarming. But specifically what happened on November 11th.

The Earth is shaming us into doing a better job.

See, usually earthquakes register as short “cracks", rather than long low hums like this one. This is some sci-fi weirdness.

People used to call me "short cracks" in high school. Never found out why.

Normally, as tensions in the Earth’s crust suddenly release, pulses of clearly identifiable seismic waves radiate outward from where the “slippage" in tectonic plates occur.

Raise your hand if you thought you were going to be learning this much science today? Because I didn't.

When an earthquake occurs, it happens in waves. The first; a primary wave: sends high-frequency compression signals that radiate in bunches.

If there's a primary wave, I bet there's a secondary wave!

Then comes a Secondary wave: These high-frequency waves tend to “wiggle" more according to scientists. #Earthquakedanceparty

Only then comes the surface waves: These slow, deep rumbles tend to linger, and can circle the Earth several times.

Stop me if this is starting to get boring.

The November 11th event is notable because no primary or secondary waves were detected.

I'm starting to get freaked out. By science. What is happening to me?

All that registered with scientists was this deep, resonant surface wave. And it didn’t rumble like an earthquake’s surface wave usually does. Instead, “it maintained a much cleaner — almost musical — frequency."

So get ready for the Earth's full LP dropping sometime in 2019.

Okay, so what are the possible explanations?

The French Geological Survey hypothesizes (I paid attention in science) that a new volcano may be forming off the coast of Mayotte.

That's the little island where all the activity is occurring for those of you following along at home.

Seriously, she'd be all over this by now.

The island was originally created by a volcanic eruption (or several), but has been dormant for over 4000 years.

4000 years? Not even Jesus knew this island was a volcano. Because of how maps were back then.

Those French people we were talking about earlier think this weird ringing may have been caused by the movement of magma near the island and deep underwater.

I don't even have a joke for this. All this science is hurting me.

Their theory is supported by GPS sensors detecting that Mayotte has moved roughly 2 inches in less than five months.

Oh cool, so LOST was a documentary. Alexa, check the internet for crashed airplanes off the coast of Madagascar in the last 12 months.

But, since the island is so small and scarcely populated, the sea floor isn’t well mapped making exactly what’s beneath the ocean a bit of a mystery.

And if we couldn't even retrieve Rose's necklace from the shipwreck of the Titanic, how are we ever going to figure this out?

Ekström believes the unusually pure signal could have been caused by magma sloshing about inside a chamber, or being forced through a gap in subsurface rocks.

BUT WHY WAS IT PICKED UP IN CANADA THEN?! Why is Canada always so special?

My guess: those musical aliens from Close Encounters.

Mostly because nothing else makes sense. The earth is just humming some weird song and no one knows why.

But Ekström isn't certain. Because no one is and this planet and especially the ocean are terrifying.

Seriously, I'm not going down there, and you can't make me.

But what do you think?

Is it as simple as some volcanic activity? Is the Illuminati definitely involved? Or maybe it's those monsters from Pacific Rim? Either way, I'm glad it's not my job to figure it out. Let us know what you think!