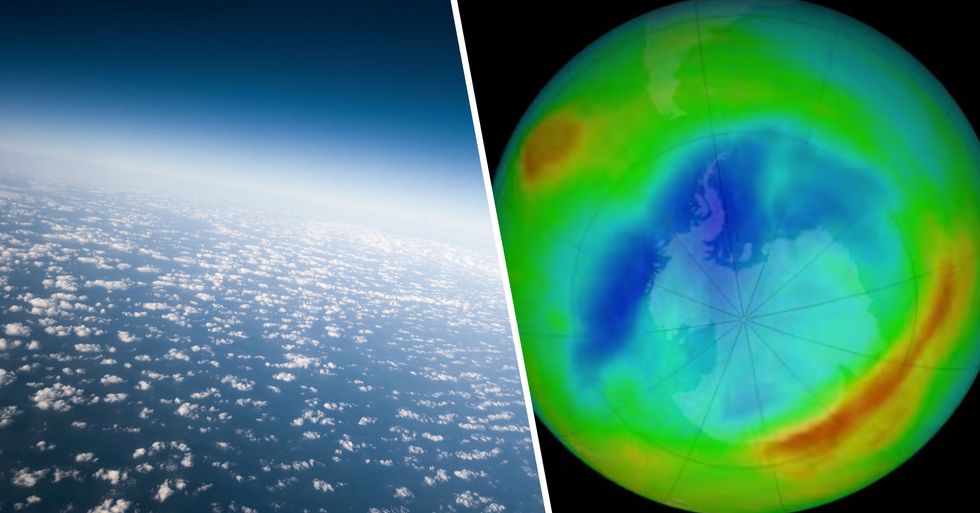 Unless you've been living under a rock, you'll probably know that our planet isn't exactly in good shape.

But after years of climate change activism, it seems that we finally have some good news.

The Earth's ozone layer seems to be finally be recovering. Keep scrolling to hear what the experts have said...

Worryingly, our very own president, Donald Trump, is one of those people, who continually denies that global warming is even a thing. And, if this is what our political leaders believe, then what chance do we have?

When Cowspiracy aired on Netflix in 2015, it was the first time the world was introduced to the idea that the meat and dairy industries were really bad for the environment. So, naturally, in the wake of the so-called climate crisis, people are being urged to go vegan. Or if that's too much, going vegetarian, or simply just reducing meat consumption - in particular, red meat.

Small changes such as these can make a huge difference...

And it seems that we are finally getting some results.

The Earth's ozone layer has been under an immense amount of strain over the years...

And experts have confirmed that it is finally healing after years of climate damage.

A study by Nature.com has found that its recovery is still in progress...

A Nature paper reports changes in atmospheric circulation linked to the recovery of the ozone layer in the Southern… https://t.co/h9FC0Qc4va
— Nature (@Nature)1585176558.0

Lead author of the study, Antara Banerjee, a CIRES Visiting Fellow at the University of Colorado Boulder who works in the Chemical Sciences Division of the National Oceanic and Atmospheric Administration (NOAA), said, "This study adds to growing evidence showing the profound effects of the Montreal Protocol. Not only has the treaty spurred healing of the ozone layer... it's also driving recent changes in Southern Hemisphere air circulation patterns."

It showed that although CO2 emissions have risen and continued to expand circulation, including the jet stream, only the changes in ozone can cause certain changes in circulation.

Banerjee added, "The challenge in this study was proving our hypothesis that ozone recovery is, in fact, driving these atmospheric circulation changes and it isn't just a coincidence."

But even though this is an incredible improvement...

Let's hope that we can learn from this wonderful news...

And slowly but surely, we can rebuild our beautiful home here on Planet Earth. Keep scrolling to learn about the teenage "Anti-Greta" climate denier activist...