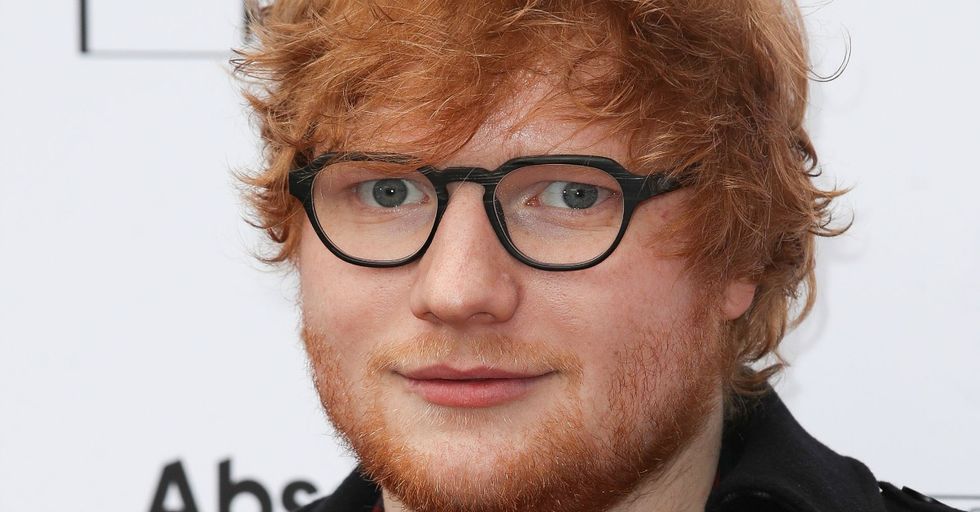 Grammy award winning artist Ed Sheeran sat down with British TV show host Jonathan Ross to discuss his recent cycling accident, which resulted in both arms broken in different places. The flame-haired crooner was in a jocular mood as he described his tumble off his bike and the aftermath. "I came off a bike quite fast, a bicycle, a pedal bike... The thing is, when it happened, I got up and was like, 'That hurt' and then cycled to the pub. Went home, went to sleep and then woke up at five o’clock in the morning in a lot of pain. And then went to the hospital."

During the interview, Sheeran also described how his swift fame led to a plunge into a dangerous lifestyle.

I didn’t really have any growing up time into getting famous," Sheeran confessed to Ross. "All the pitfalls that people read about, I just found myself slipping into all of them. Mostly like, substance abuse."

Indeed, Sheeran's rise has been meteoric ever since his debut album +. The man who once slept on the streets as a teenager is now worth a reported $37 million. The fast pace of touring and appearances contributed to his dependance on an as yet unspecified substance. "It’s all fun to begin with, it all starts off as a party and then you’re doing it on your own and it’s not so that was a wake up call and taking a year off," Sheeran said. "I didn’t really notice it was happening. It just started gradually happening and then some people took me to one side and were like, 'Calm yourself down.'" Sheeran credits the people in his life for pulling him away from the deep end. Johnny McDaid, a songwriter and producer that works frequently with Sheeran, told him in 2015 to calm things down. "Look, man, please have all the fun in the world. But be careful because if that elastic snaps, it could take a long time to recover from it." Sheeran also credits girlfriend Cherry Seaborn with keeping him centered. The pair, who met in high school, recently moved in together and now co-parent a cat. Work also helps keep him focused.  "I can't work under the influence. I can't write songs under the influence. I can't perform under the influence. So, the more I worked, the less [that happened]." All in all, Sheeran is ready to move onto a new chapter in life.  "I've worked my whole life to get to where I am," he said,  "and you can't lose that over something that you do in your spare time."