After all, Christmas is all about family. | 22 Words 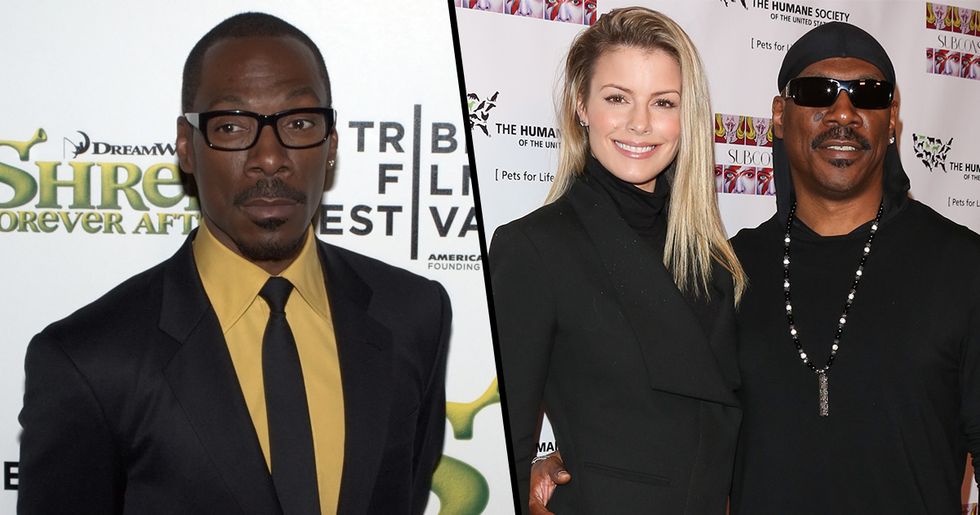 And when you factor in the simple fact that these ten kids have five different mothers, you may start to be thankful you aren't at the Murphy household this holiday season. With such a large and disparate posse, the logistics of getting everyone all together for just one family photo starts to seem impossible! Which may explain why it's quite so rare that Murphy managed to do just that over this Christmas. Want a look at the whole gang? Read on.

Seeing the whole family together for the holiday season has got us right in the feels. And Max in particular is just too cute for words.

Although, we can't help but wonder what the reactions may be if Murphy was a woman.

On paper, ten kids by five different mothers does not sound so great. But huge props to Murphy and the family for making it work during the holiday season!

Perhaps helped by the fact the the Murphy's sure are one photogenic bunch! Alongside the ten kids, the image features Murphy's mother, Lillian, and Butcher's mother too.

Although some were a little more cheeky.

We wonder if number ten will actually be Murphy's last, or if he just can't resist maximising his potential empire even further!

Regardless of how they got there, it's great that the family can still come together.

There seems to be no bad blood between the complicated family. Here current fiance Butcher (far left) is pictured with ex-wife Mitchell (second from right). Mitchell's daughter Bria (centre) and Shayne (far right) are happy to be pictured with their new step-mother.

After all, Christmas is all about family.

While gifts and food are great, it's the being together with the people you love that really matters at this time of year.

We're very glad to see the Murphy family in the holiday spirit.

Being able to be together is the best gift of all, and it's important to remember that. Although Santa coming is pretty nice, too.

This photo has got us feeling all cute!

Maybe it's the emblem of togetherness it represents. Maybe it's just seeing a really cute baby. But we think it's great to see the Murphy's celebrating in style.

Congratulations to the Murphy family!

We hope this Christmas picture is the first of many of you guys celebrating the holidays together.