And here's the whole gang together! | 22 Words 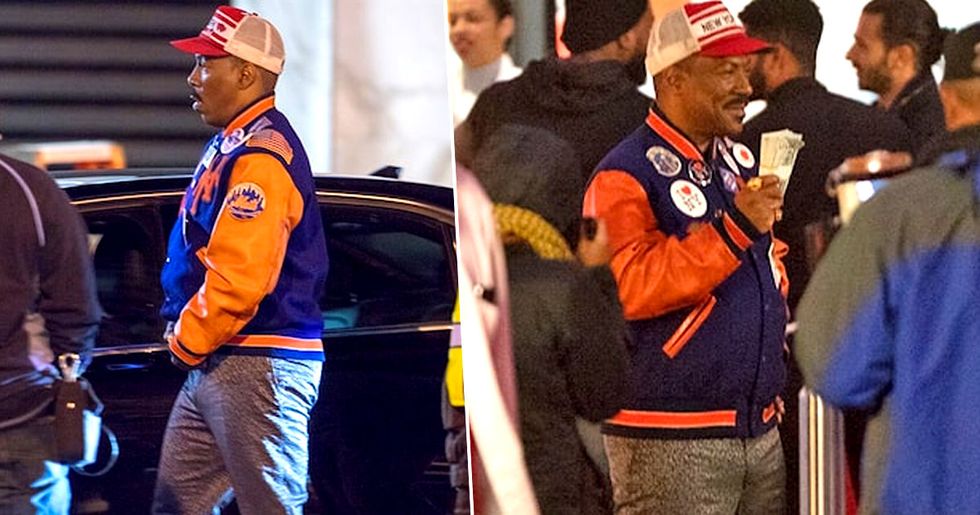 In case you've been in a deep sleep for the past year, allow me to inform you. Coming to America 2 is COMING! And Eddie Murphy is deep into filming it.

We're all getting extremely excited over here, and now some new shots have just dropped.

Allow us to take you on a tour of Eddie Murphy's life concluding with the brand new Coming to America shots!

So as you can see, Murphy is a busy guy.

I'm sure you can imagine, having that many kids doesn't leave you with much time on your hands!

Which makes it a miracle he's got time for Coming to America 2.

Ten kids by five different mothers is one helluva lotta business, so we're even more delighted that Murphy has enough time on his hands to start smashing Coming to America 2.

Eddie was spotted on set recently.

Clad in a full Prince Akeem garb, Eddie is proudly sporting a New York Mets bomber jacket, with proclamations of his love of the Big Apple. He's also got a large handful of cash in his hands. I guess we'll only find out what this all means later on.

Semmi and Oha are there too.

In another picture you can also see Arsenio Hall, who plays Semmi, and Paul Bates, who plays Oha, on the set too.

They also met up with the Bad Boys.

As if this news isn't good enough, the Coming to America 2 crew also met up with the Bad Boys 3 guys - because they just happened to be filming right next to each other. Check out the shenanigans!

The original Coming to America dropped in 1988 and the sequel is set to drop in cinemas across the globe in December 2020. After 32 years we're praying it's going to be worth it!