'El Camino' Is Now Available to Stream on Netflix | 22 Words 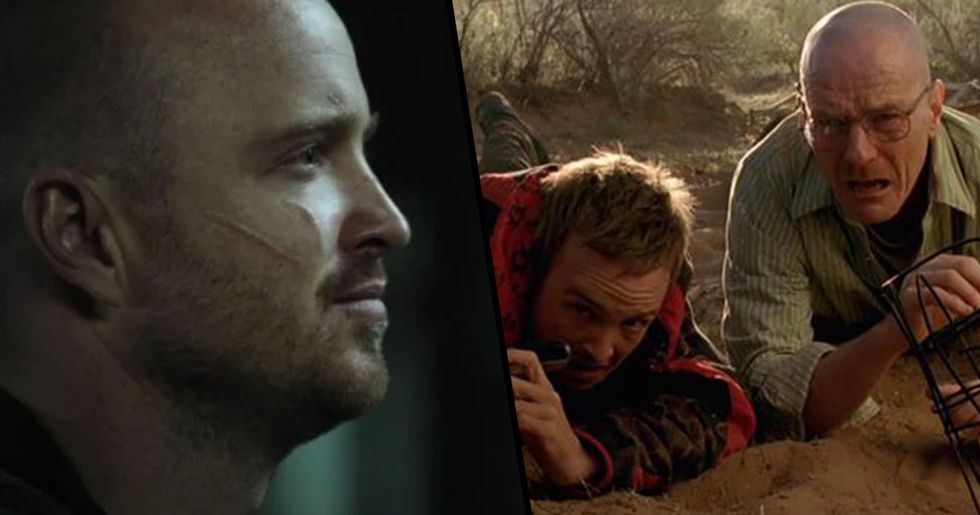 'El Camino' Is Now Available to Stream on Netflix

Breaking news:  The Breaking Bad movie, El Camino, has landed on Netflix. This is not a drill.

Breaking Bad fans have been patiently waiting (kind of) for 6 years to find out the fates of their favorite duo, Walter White and Jesse Pinkman. Did Walter die? What happened to Jesse?

Well now, the time has arrived, and we can finally find out what happened to our favorite duo who broke bad all those years ago.

The Breaking Bad movie is here, and fans all over the world can't wait.  Back in August, Aaron Paul surprised everyone when he casually announced on his Twitter account that a movie had indeed been filmed and completed, and would be landing on Netflix on October 11th.

It is understood that the movie will follow on from Jesse's dramatic escape at the end of season 5...

And that the plot will follow Jesse as he attempts to escape from his traumatic past of cooking for torturous neo-nazis.

But now, the movie has finally landed.

Last night, Paul was visibly very excited, and counted down the moment of the release on his Twitter account by very appropriately writing, "1-hour b*tch."

He continued to count down the minutes leading up to the release, and paid tribute to the show's creator, Vince Gilligan.

He wrote, "30 minutes and the wait is over. Enjoy the ride. Love you Vince! You are a damn legend." With a blue crystal emoji, a bomb emoji, and a popcorn emoji.

What're you waiting for?!

However now for the sad news.

He died after a struggle with brain cancer.

Forster was a seasoned actor who had starred in everything from Mullholland Drive to Twin Peaks, and even Charlie's Angels. His performance in Tarantino's, Jackie Brown, earned him a best actor nomination. After a battle with brain cancer, Forster passed away on Friday - the same day as his final film, El Camino, was released on Netflix.

Forster played one of Breaking Bad's most terrifying stars, Ed Galbraith, infamously known as The Disappearer. Galbraith is a vacuum repair man, although on the side, he charges mass amounts of money for a clandestine service used to take criminals and give them entirely new lives and identities. Towards the end of the classic TV show, Walter White uses Galbraith's services to help him vanish.

Speaking upon the news of his death, Cranston said:

I’m saddened today by the news that Robert Forster has passed away. ‘A lovely man and a consummate actor. I met him on the movie Alligator (pic) 40 years ago, and then again on BB. I never forgot how kind and generous he was to a young kid just starting out in Hollywood. RIP Bob.

A legend has left us. One of the best. I was so fortunate to be able to work with him on HEROES. ‘What a talent and what a beautiful person. #RIPRobertForster.

Our thoughts go out to Forster's family and friends at this hard time. Rest in peace.