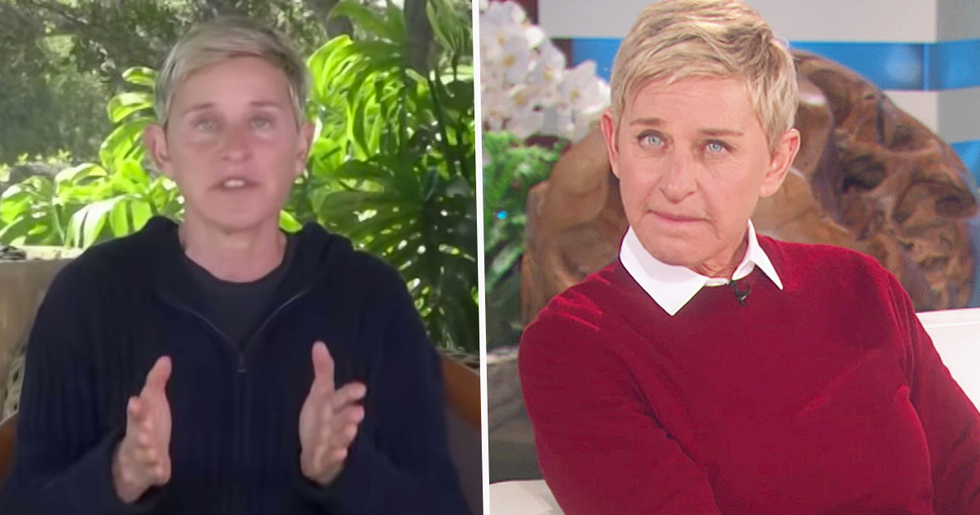 Ellen DeGeneres has been put on blast for her apology video just hours after it surfaced.

This is not looking good for the star...

Right now we're all pretty done with Ellen and her supposedly "fake" alter-ego.

She has been batting off accusation after accusation all year, trying to brush it off like nothing's happened, but cracks started to show over the last few months.

And after months of fans asking when she's going to apologize for her behavior...

It seems as though they might have finally got what they want.

Now, more than ever before, people have been turning against the star as detrimental stories continue to resurface.

This Twitter user came forward with the story about Ellen's head writer, Karen Kilgariff. Karen was under Ellen's employment for 5 years until she took part in a writer's strike. Boom. Fired.

Ellen apparently hates her own fans...

As reports came in last month that The Ellen Show is officially under investigation.

WarnerMedia, who own and syndicate the show, are the reportedly ones launching the internal investigation into what’s happening behind the scenes.

Things aren't looking good for Ellen, at all...

And it seems that the notorious host is cracking under the pressure.

Ellen has made the decision to fire 3 of her executive producers following these accusations.

Executive producers Ed Glavin, Kevin Leman, and co-executive producer Jonathan Norman have all been ousted from The Ellen Show, Ellen announced on Monday via a video conference call.

According to sources, Ellen did this with a "heavy heart."

Apparently, the accusations have left the host "heartbroken", and the decision to fire her producers was an "emotional and apologetic" one.

Amid this entire firestorm, an alleged apology video Ellen sent to staff has emerged.

And after hearing what the host had to say, fans aren't impressed.

So, what exactly did Ellen have to say for herself?

She reportedly admitted on a video call she was "not perfect" and that the show's leaders had not been sensitive to "human beings" as they instead focused on running the show as a "well-oiled machine."

She also admitted the show had alienated employees and guests by shifting shooting timetables at short notice...

And she made a promise that the show will move forward by sticking to agreed-upon timetables.

After admitting this, Ellen has since come out and apologized to staff over a video call.

A source later said that Ellen said she "wasn't perfect," and explained that she's a "multi-layered person" who is trying to "be the best person I can be" and "learn from my mistakes."

Could she finally be learning?

She also reportedly said “I’m hearing that some people felt that I wasn’t kind or too short with them, or too impatient. I apologize to anybody if I’ve hurt your feelings in any way."

The source also gave an insight into her attitude on the call.

“Ellen was emotional," during the video call, and that "she was emphatic about making it better and making herself more available."

The co-executive producer Stephen 'tWitch' Boss had this to say...

Nothing has so far changed for Ellen...

And long-running executive producers Mary Connelly, Andy Lassner, and Derek Westervelt, will continue in their positions on the show.

The future is still looking very uncertain for Ellen and her show...

Keep on reading to see why the internet is torn over a picture of Ellen and George Bush sat together...