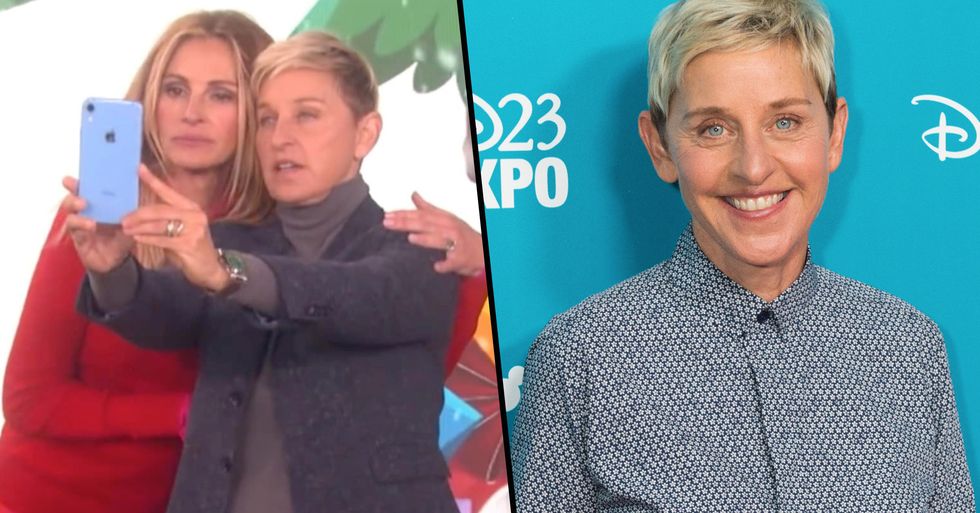 The truth has finally come out about the once well-loved TV host, and although it's a bitter pill to swallow for some, her coworkers and some of her famous guests are relieved these stories are finally coming out.

The most recent story comes from a former executive producer of The Ellen Show, and their story of what they witnessed Ellen do a few years ago will leave you shook.

Keep scrolling for the latest reveal...

Ellen might look all cozied up in her mansion, but that hasn't shielded her from the constant abuse she's receiving online...

Since she's been outed for the substandard treatment of her employees, more and more people have been speaking out against her, but the latest eye-opener to be uncovered will leave you shocked...

He decided to come forward with his story after reading other accounts of her ex-employees on social media.

One of those stories even stated: “A new staff member was told ‘every day she picks someone different to really hate. It’s not your fault, just suck it up for the day and she’ll be mean to someone else the next day.’ They didn’t believe it but it ended up being entirely true."

And the latest story to be revealed is from a former producer...

There was one particular incident they witnessed a few years ago...

DeGeneres was struggling to read the text on her iPhone one day because she lost her glasses, now most people would just search for their glasses, or order new ones, but oh no, not Ellen...

Instead, she decided to call Apple CEO Steve Jobs.

The anonymous producer admitted: "She stopped everything and made a call. Next thing we know, we literally hear Steve Jobs pick up and say, 'Hi, Ellen.'"

It just goes to show how out of touch she really is...

"Ellen told him the iPhone should have a bigger font. That’s her. It’s not that she’s some demon. She just lives in an incredibly privileged bubble and is out of touch with the real world." It sounds like people are finally noticing Ellen for who she really is. Keep scrolling to find out how all this backlash has affected her brand...