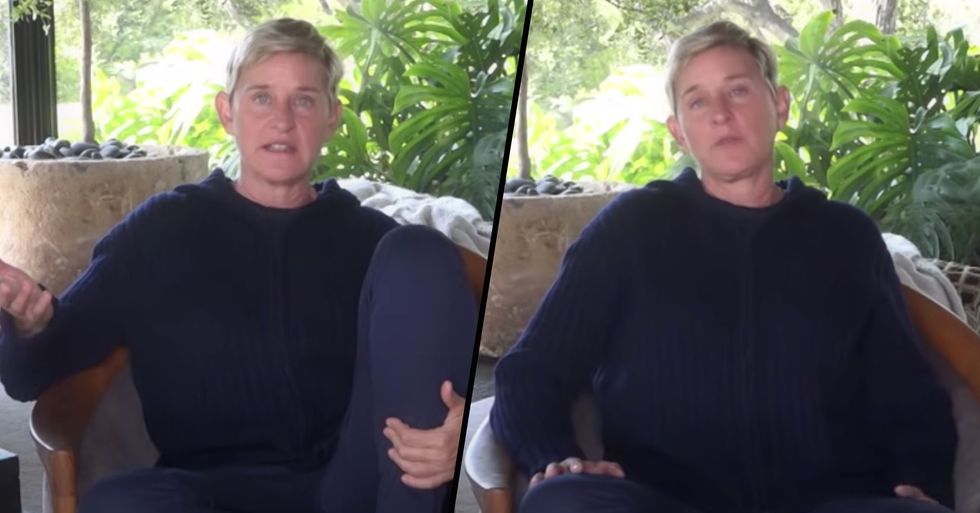 Ellen just can't catch a break, more people than ever are jumping at the chance to expose the star for who she really is.

But after months of torment, the once-loved TV host can't take anymore. It appears that Ellen is struggling to cope with the onslaught of negative press she's been receiving.

And it's not surprising, keep scrolling to read the savage tweets...

Ellen has been the subject of a constant stream of abuse online, and after everything that's been said, she's finally snapped.

It seems as though things are getting too much for the star.

DeGeneres famously ends every show with the phrase "be kind to one another."

However, that seems to slip her mind once the cameras stop rolling. But despite the never-ending allegations against her, she is still trying to navigate rumors that she's "mean."

The latest story to be revealed is from a former producer...

It sounds like people are finally noticing Ellen for who she really is.

"Ellen told him the iPhone should have a bigger font. That’s her. It’s not that she’s some demon. She just lives in an incredibly privileged bubble and is out of touch with the real world."

It's not just her producer that thinks Ellen is living in a "privileged bubble," people on Twitter have been sharing their views, and they aren't holding back...

@PerezHilton People have talked for years about what an awful person she is. I think she's just surprised it's now going public
— Jax (@Jax)1589393143.0

With some suggesting, this isn't the start of the rumours, but instead the result of years of hushed views.

Some even had experiences of their own...

@PerezHilton ofcourse she will deny it, but i have been at a restaurant where she was eating and the server was ask… https://t.co/ALZuLcEDYQ
— Micheal Jones (@Micheal Jones)1589389808.0

Could that many people be wrong?

Maybe it's time for Ellen to do a bit of soul searching...

Some haters went too far...

She might not be the Ellen we all thought, but that is unnecessary.

People everywhere are commenting about how fake she appears to be.

Clearly a lot of people agree with this guy...

I guess it's only a matter of time until the truth comes out.

@PerezHilton The Ellen we see is obviously a public persona. She shows the real Ellen off camera.
— Tracey (@Tracey)1589425578.0

And the truth hurts...

But all these rumors are starting to take their toll on the star...

A source has revealed that “Ellen is at the end of her rope," with all the hateful comments she's received. At first, “she thought this was all just sour grapes from a few haters. But it’s not a passing thing — the hits just keep coming."

And coming and coming...

According to the insider, Ellen has been leaning on wife, Portia de Rossi, and close friends for support while she tries to make sense of it all.

She doesn't understand why people are targeting her...

A second source has said: “Ellen’s so grateful to have Portia in her life as a soulmate and a sounding board, but that doesn’t mean it’s been easy, their home life is strained right now… Her real friends never ask her to be funny or tell jokes. They accept her as is."

You'd expect her show to be hit hard by all the backlash, but miraculously, her ratings continue to soar...

“Ellen’s been in our homes for so long, it’ll take a lot more than a bodyguard and a blogger to change how people feel about her, her best response is just being happy Ellen on the show every day," the second insider continued. Keep scrolling to watch the video that fans think proves Meghan Markle is a fraud... Is there not one genuine person in the world?