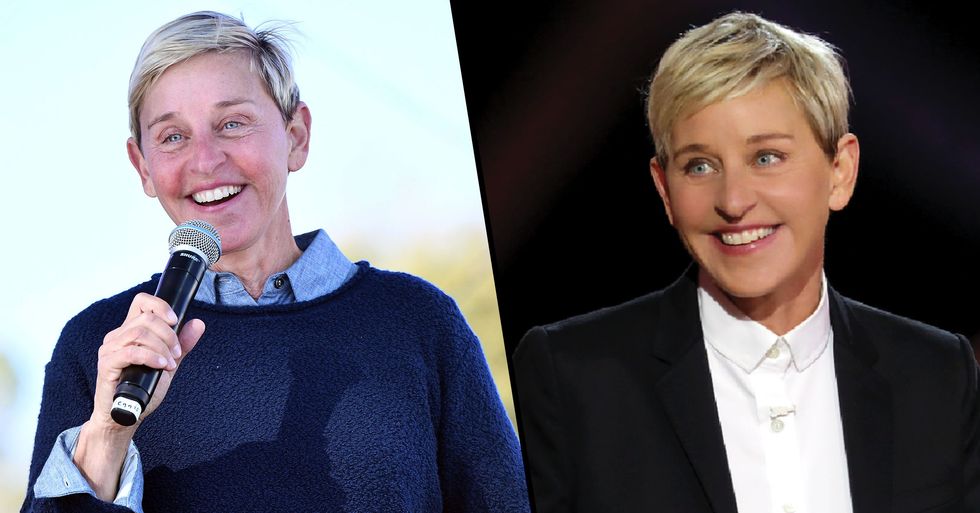 Ellen DeGeneres just can't catch a break, it seems as though the whole world is turning their back on the television host.

But when you've been living a lie for so long, the truth is bound to come back with a vengeance.

The latest report comes from her bodyguard, who shares his account of his first meeting with the star, and spills the details about what she made celebrities do at the 2014 Oscars afterparty.

Ellen might look like she's all cozied up in her mansion, but things have taken a turn for the worst...

Since she's been outed for the substandard treatment of her employees, more and more people have been speaking out against her, but the latest eye-opener to be uncovered will leave you shocked...

And her compassion for animals strikes again.

And, what the producers revealed after a month of silence, was simply shocking.

Last week, crew members found out that they should expect a whopping sixty percent pay decrease, even while the show continues airing. Laughably, a spokesperson for the show said: "Our executive producers and Telepictures are committed to taking care of our staff and crew and have made decisions first and foremost with them in mind."

On top of all that, these employees found out that crew members from similar shows were being paid and treated far more fairly. Jimmy Kimmel has even been paying his crew out of his own pocket, while other shows such as TNT's Full Frontal, Last Week Tonight, and Desus and Mero were all being paid in full.

And many have been taking to Twitter to call out the host for her disgusting behavior.

He decided to come forward with his story after reading other accounts of her ex-employees on social media.

One of those stories even stated: “A new staff member was told ‘every day she picks someone different to really hate. It’s not your fault, just suck it up for the day and she’ll be mean to someone else the next day.’ They didn’t believe it but it ended up being entirely true."

“It’s bugged me for years," Majercak said. “I see this person come across as being very enlightened and positive and awesome and everybody loves her and is in awe, and that’s really not the case when you meet her in person." Keep scrolling to find out how all this backlash has affected her brand...