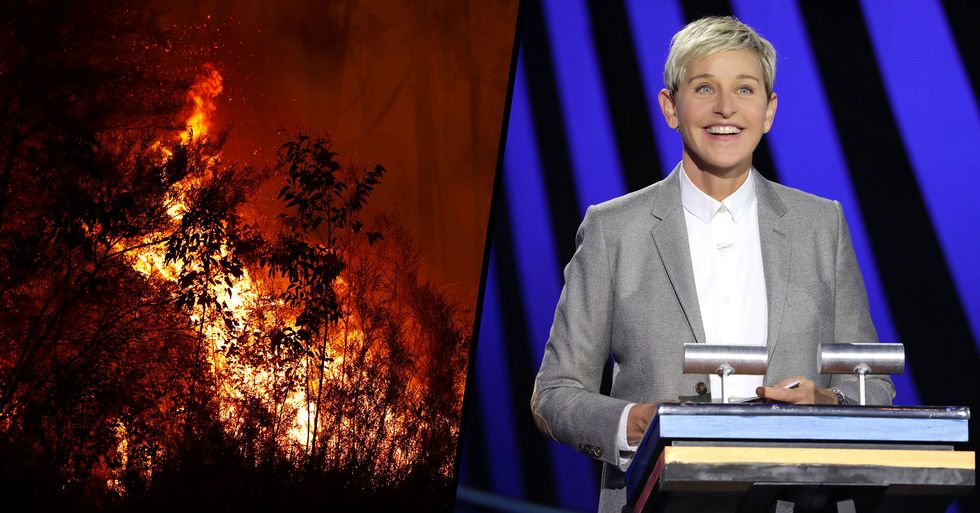 And Ellen Degeneres's donation might just be the most generous yet - as her donations span further than just her own pocket.

23. Chris Hemsworth and his family.

13. Kylie Minogue and her family.

And now Ellen Degeneres has stepped up with yet more generosity.

After making large donations herself, Ellen is now urging fans to do the same.

She spoke out during the taping of her show.

"I love Australia so much I even married an Australian."

"A few years ago I got to see how incredible Australia is in person. We took our show there, and I fell in love with the country and the people. And right now, Australia needs our help."

"Wildfires have been burning for four months and with record-breaking heat."

"The winds are so strong and it is getting worse. Thousands of people have been displaced. Homes have been burned. Lives have been lost. Nearly half a billion animals have been killed. Nearly a third of their habitat has been destroyed."

Ellen has set up a GoFundMe page for her fans.

And as an uber-popular TV host, she has set the bar high in terms of her goal - a huge five million dollars.

And after just a few hours, it's almost hit the million dollar mark.

Celebrities are doing all they can to help Australia in this crisis. But if you want to see the devastating effects of the bushfires, then keep scrolling. We urge everyone to donate whatever they can to the cause.