Ellen Degeneres Mourns the Death of Her Dog | 22 Words 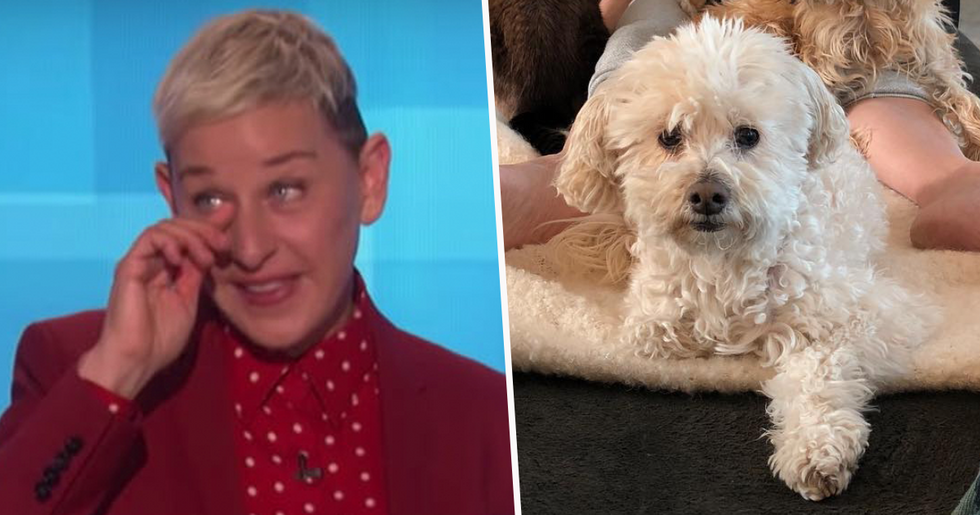 Ellen Degeneres Mourns the Death of Her Dog

Ellen DeGeneres hasn't had the best of years, what with all the sinister rumors and stories from people who have met her finally coming to light.

And now, the passing of her family dog has left her in mourning.

I'm sorry, but there isn't enough money in the world that would ever encourage me to do that. Thank you, next.

More recently she came under fire for her handling of the ongoing protests and riots regarding the death of George Floyd.

Another notch in her crumbling reputation...

Another notch in her crumbling reputation...

Dropping to a season-low rating of around 1.5 compared to the previous seasons' average of 4.5 million viewers.

To be honest, we didn't think it could get any worse for her...

As shes said goodbye to her dog, Wolf.

Wolf, a poodle-Maltese mix, had been part of the family for over a decade.

Ellen recused Wolf off the streets.

In an interview with PEOPLE in 2009, she said, "He was being mistreated. Wolf was in pretty bad shape. He was tiny … he was [malnourished], he couldn’t stand up. His back legs couldn’t support him because he had never been put down."

Since then he's made a debut on The Ellen DeGeneres Show.

Where Ellen introduced the young pup at the time to the audience as the "cutest".

In a Facebook post from 2017, DeGeneres’ lifestyle brand shared Wolf sat in a stroller while making a trip and the post read "Ellen DeGeneres's dog Wolf is getting old. He doesn't walk so well."

Ellen shared the news of Wolf's passing on Twitter.

She wrote, "Last night we had to say goodbye to our dog Wolf. He brought us so much love and joy. I hope we did the same for him".

Alongside it was a picture from her wedding day in 2008 of herself, wife Portia de Rossi and Wolf.

Dogs truly are just another member of the family.

R.I.P. Wolf. Keep scrolling if you want to learn more about Ellen and her strange relationship with George W Bush...This might surprise you!