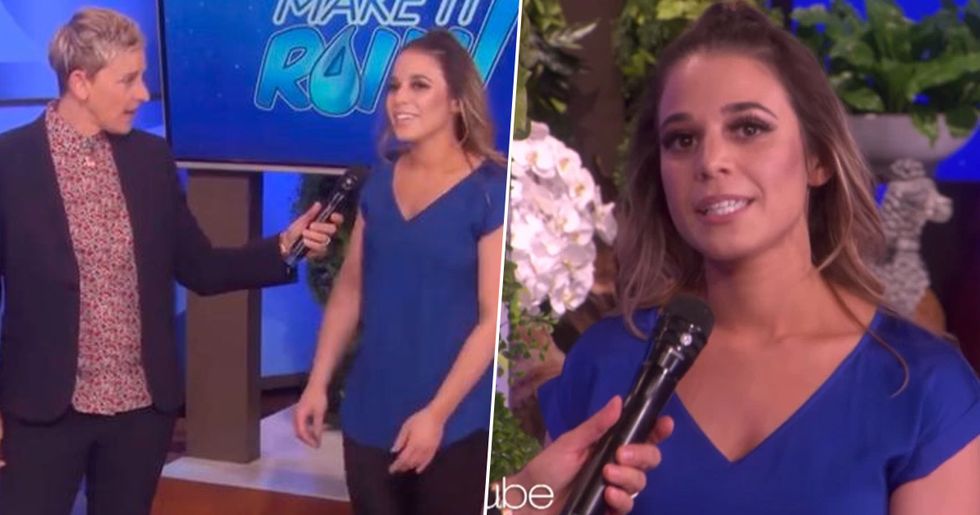 After weeks and weeks of bad publicity for Ellen Generes, she now has some more to deal with.

How so? A guest on the show a few years back has spoken out revealing what she's really like - and it's not good.

But for Ellen, it seems like there's no escape.

People all over the world have been crawling out of the woodwork.

Telling of their own run-ins with the star.

This has been going on for so long that she's even considered stepping down from her show.

And it's only getting worse for the star... if that's even possible.

Clearly the scandal has put a strain on the couple's relationship.

Now her wife, Portia has decided to fill us all in on how this is effecting Ellen's health...

But it's not what you think.

What she says will shock you.

This has resulted in the show being put under investigation following reports of "mistreatment."

And now, a guest on the show has come forward.

Show guest Dana Dimatteo - who appeared on the show back in 2018 - has now spoken out.

Dimatteo was selected at random from the audience to participate in a game, but she claims as soon as the cameras stopped rolling Ellen's persona completely changed.

“I started that tweet off not undermining anyone else’s experience. I wanted to only speak from my own experience..… https://t.co/elj60ppOEv
— Pop Crave (@Pop Crave)1597323972.0

During commercial breaks, Ellen would break out of her ‘kind’ character and sit moodily in silence on her couch, not acknowledging anyone. She didn’t say one word to the audience unless the cameras were on, she snapped out of her character the second the cameras stopped rolling.

We were told by the producers that if we were picked we were not allowed to be funnier or smarter than Ellen, that she is the star and the comedian, not us. We were told to act in a very specific way and to only speak if she asked us a question. ‘They made us scream and jump around backstage as a test, it was pretty humiliating.

"It was pretty humiliating."

It's certainly not a good time to be Ellen DeGeneres.

But despite everything that's going on, producers held a call with staffers on August 3 to assure them that “the show will go on."

Want more Ellen controversy? Scroll on to see why Howard Stern has come out to support the star...