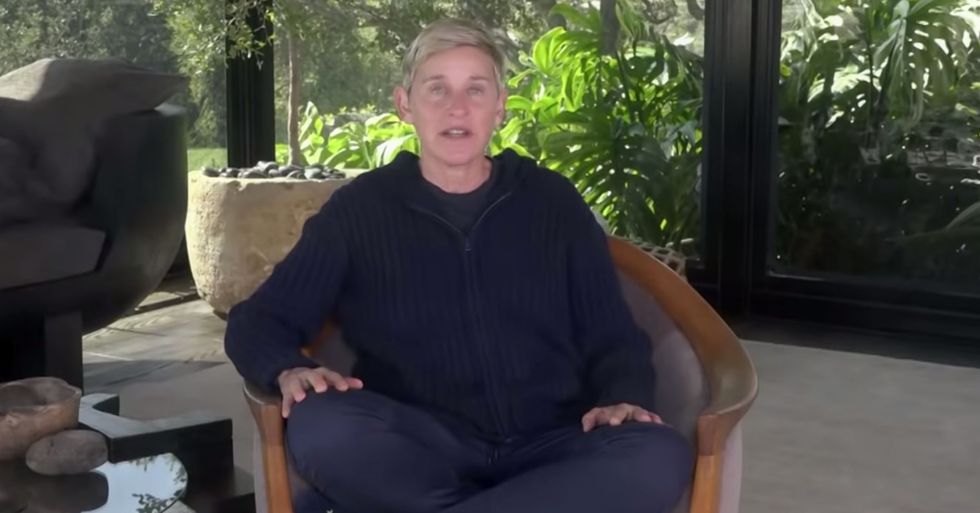 Ellen Degeneres Slammed for Comparing Isolation in Her Mansion to Jail

Ellen Degeneres has gone from TV's most loved personality to its most questioned in a matter of weeks.

Since a series of allegations came out about the TV host, people haven't been loving her as much as they normally do and her most recent comments about isolation have certainly poured fuel on the flame.

Keep scrolling to find out what she said...

The internet works in mysterious ways.

While it is often an unpleasant place filled with toxicity, it can sometimes work to expose seemingly kind and generous public figures... Like our friend, Ellen DeGeneres, here.

But Ellen's most recent comments speak for themselves.

In similarity to millions of others around the world, Ellen is currently self-isolating in her Hollywood home.

Ellen recently decided to updated her fans on her current situation through The Ellen Show.

The mini-episode dropped on YouTube yesterday and it showed Ellen sat cozily on her plush sofa in her multi-million dollar mansion.

But it seems that this luxurious space isn't enough for Ellen.

After praising key workers during these difficult times, Ellen went on to compare her home to "being in jail."

And fans were not happy with this ignorant comment.

Firstly, what Ellen needs to remember is that there are millions of people currently in jail...

And these people aren't living in a multi-million dollar mansion with endless supplies and comfort.

Secondly, Ellen needs to acknowledge that people are dying.

She is unbelievably privileged, and hearing her complain about being stuck in "her jail" isn't what us ordinary folk need.

Thirdly, Ellen should know best to not crack a joke about everyone in jail being gay.

I’d almost assume that Ellen’s stupid “everyone in jail is gay” joke would be nixed in a normal filming situation b… https://t.co/RuGCaJToxd
— marshy (@marshy)1586259810.0

This god-awful stereotype shouldn't be encouraged by the rich and famous - especially not by an openly gay woman like Ellen.

People don't want privilege and wealth pushed into their faces - especially when so many out there are living in poverty and cannot gain access to basic essentials such as food and toiletries.

And all we have to say is... not cool, Ellen. Keep scrolling to check out what Tracy Morgan had to say about how his quarantining was going...