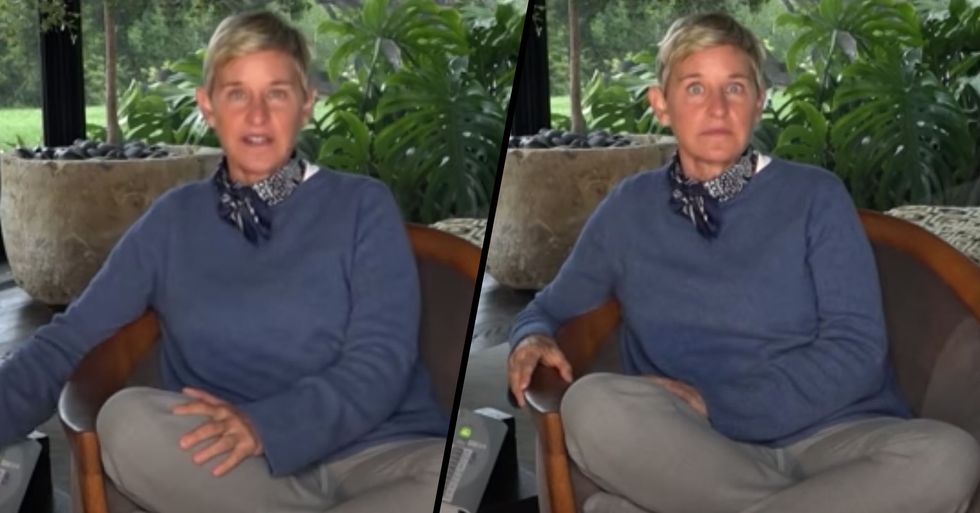 Ellen DeGeneres Under Fire for 'Unfair' and 'Cruel' Treatment of Staff

Ellen Degeneres has been a topic of controversy over the last few weeks, turning into the TV host from hell after it's been revealed the "generous" actress has been duping us all along.

Since a series of allegations came out exposing the TV host, people have been sharing their revealing stories about who she really is.

You won't ever be able to look at her the same way again, especially after you find out what she's done to her crew...

The seemingly flawless TV host has been exposed, at long last displaying her true colors to the world... And it's not pretty. Hundreds of people have come together to reveal their never-before-seen stories of just how cruel Ellen really is...

Despite all the bad press, she has been continuing her daily talk show from the comfort of her own home... which has ruffled a few feathers.

Her crew were 'furious' due to the lack of communication regarding their pay. The main stage crew, comprised of roughly 30 people, were kept in the dark about issues like pay and working hours for over a month!

The crew found out she only went and hired an alternative tech company to help her broadcast daily from her home in California, meaning original crew members with the same skill set were out of work. Talk about a stab in the back...

What the producers revealed after a month of silence, was shocking.

Last week crew members found out they should expect a whopping sixty percent pay decrease, even while the show continues airing! Laughably, a spokesperson for the show said: "Our executive producers and Telepictures are committed to taking care of our staff and crew and have made decisions first and foremost with them in mind."

On top of all that, the crew found out that crew members from similar shows were being paid and treated far more fairly. Jimmy Kimmel has even been paying his crew out of his own pocket! While other shows such as; TNT's Full Frontal, Last Week Tonight, and Desus and Mero were all being paid in full! It just goes to show, you can't believe everything you see on TV. If you're still in the mood for some serious gossip, keep scrolling to read some of the worst things celebrities have said about this famous family...