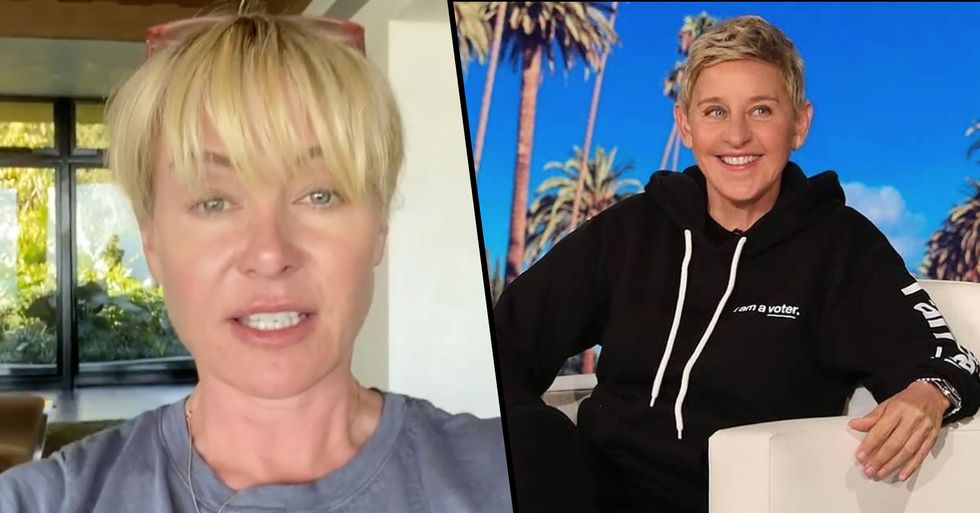 Ellen's wife, Portia de Rossi, has decided to fill us all in on how Ellen is really coping with being ripped to shreds on the internet day after day.

And her answer is a big slap in the face to all those Ellen has hurt over the years...

But for Ellen, it seems like there's no escape.

People all over the world have been crawling out of the woodwork.

Telling of their own run-ins with the star.

This has been going on for so long that she's even considered stepping down from her show.

And it's only getting worse for the star... if that's even possible.

Clearly the scandal has put a strain on the couple's relationship.

Now her wife, Portia has decided to fill us all in on how this is effecting Ellen's health...

But it's not what you think.

What she says will shock you.

This has resulted in the show being put under investigation following reports of "mistreatment."

And now the woman closest to Ellen has spoken up, too.

Ellen and actress, Portia de Rossi have been married since 2008.

After Ellen recently addressed the scandal, Portia filled everyone in on how she's really doing.

After being snapped by a photographer on Sunday, August 9, while walking her dogs, Portia told him “[She’s] doing great."

She even confirmed to the photographer that Ellen plans to continue hosting her show.

She also shared an “I Stand by Ellen" graphic via Instagram.

With the caption, “To all our fans….we see you. Thank you for your support."

Despite everything that's going on, producers held a call with staffers on August 3 to assure them that “the show will go on."

Want more Ellen controversy? Scroll on to see why Howard Stern has come out to support the star...