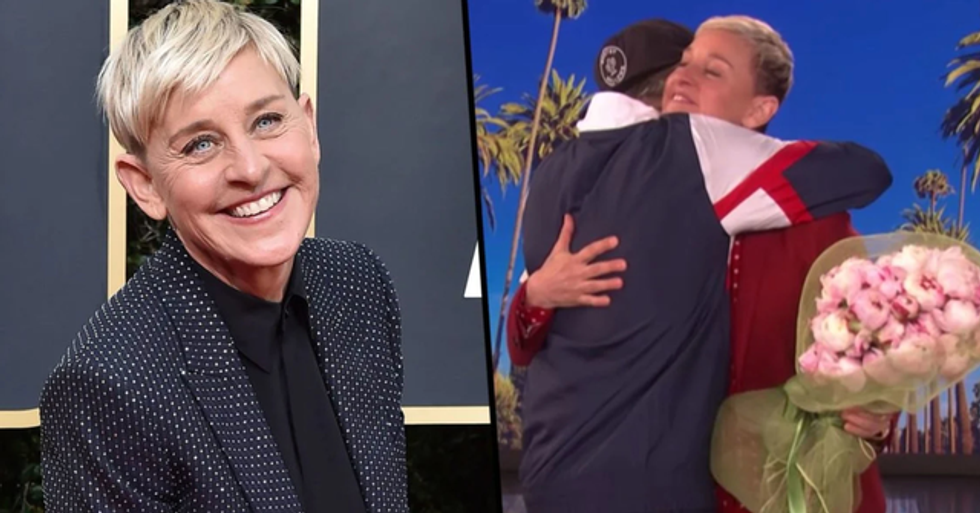 Amid the current investigation into The Ellen Show, talks are reportedly happening about who could be replacing the famous host if she were to step down, and no other than James Corden was name-dropped as a potential replacement.

But it seems Ellen isn't letting go quite so easy...

Amid the Ellen DeGeneres scandal, rumors spread she was about to leave the show.

But now it seems that may not be the case ...

And it seemed there was allegedly one guy at the top of the list...

Not only that, but it was reported over the weekend that British TV host James Corden could be taking over the infamous show.

But insiders spoke out claiming that Corden has been seen as the long-term successor to Ellen.

The Ellen scandal has fast-tracked everything.

"This issue has fast-tracked everything and made everyone look at the future today. "James Corden was being eyed for Ellen's job in the long term before any of this came to light."

But, as news of the potential replacement reached social media...

Not everyone was happy.

In fact, it wasn't long before allegations about Corden began to resurface.

As more and more stories emerged about the star, many people began claiming that he's "just as bad" as DeGeneres.

To start off with, according to a Reddit post, Corden won't speak to any of the team on his Late Late Show bar the most senior staff.

The user went on to claim they witnessed Corden having a "meltdown" when a script supervisor spoke to him directly.

"He thinks he's above everyone."

Other claims surfaced alleging that the star fired a stage manager over a mistake Corden himself made.

He apparently couldn't admit to his own mistake.

And ordered someone else to be fired instead of admitting he messed up, according to the Reddit post.

One person also claimed that Corden advocated for a lower pay grade for late-night writers.

And showed up to the meeting without any of his staffers.

Corden himself actually responded to this allegation.

But the man was having none of it, instantly clapping back at the star.

However, one of the most infamous alleged stories about Corden also re-emerged in light of The Ellen Show news.

The alleged incident took place on an airplane, in which Corden was spotted wearing headphones, ignoring the woman struggling with a crying baby opposite him.

This of course doesn't seem like a big deal on the surface...

He was just minding his own business, right?

Well, according to the Reddit user, the woman and the baby were his wife and daughter.

This particular story has been told time and time again on social media in various different ways, so it's unclear whether this is true or not.

In fact, one fan raised this point.

Nobody knows what to believe at this stage.

But it seems Corden may have a little longer to wait, either way.

As NBC has just confirmed that Ellen will be returning to film season 18 of her show.

Who knows whether Corden will replace Ellen at any point, or if she'll even step down in the first place.

One thing is for sure, not everyone will be happy if Corden takes over. For more on James Corden, keep scrolling to find out why his 2019 Emmy win was branded "misogynistic" and "racist."