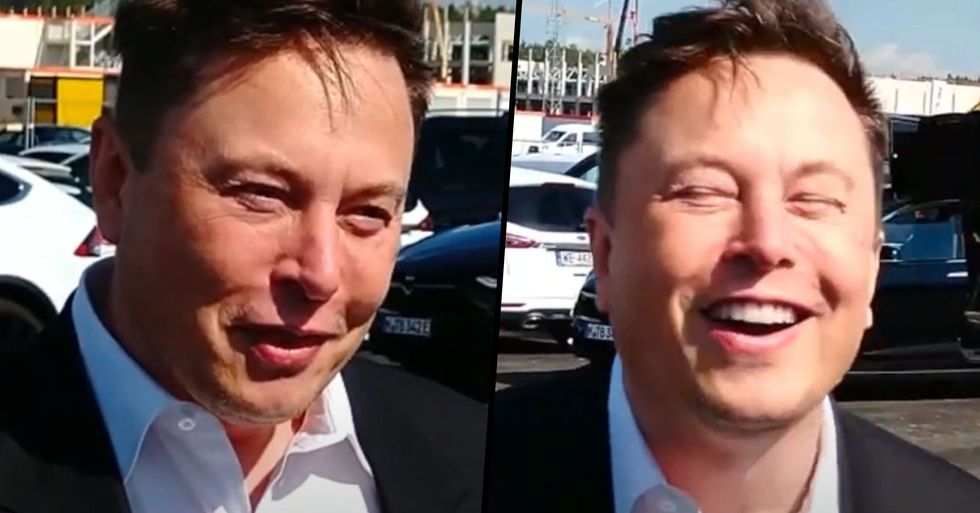 Now the name doesn't seem like such a good idea, does it?

Who could forget the moment when Elon Musk and Grimes welcomed their baby into the world back in May?

Their unusual choice of a name got the entire world talking... but clearly not enough for Elon himself to remember it going by a recent interview!

Now, as most of you will know, Elon Musk isn't your most conventional guy...

And, being the founder, CEO, and Chief Engineering Designer of SpaceX and Tesla, he has an awful lot going for him.

He is certainly a man who knows what he's doing.

Since 2018, Elon has been in a relationship with Canadian musician, Grimes.

And on Grimes' Instagram page, which is certainly a rollercoaster experience when scrolling through it, there is no sign at all of the billionaire.

But, after a series of unusual Instagram posts back in January...

Rumors began to circulate around Grimes being pregnant with Elon's child.

She revealed to the media that she was, indeed, 7-months pregnant with Elon's child.

Grimes said "music and raving" would play a big part in it. "The baby has already been exposed to a lot of techno in the womb," she said.

It was apparent that the couple had more ideas for their child...

Because Grimes announced that they planned on raising their child as gender-neutral.

And this Twitter user was completely right because Elon's photo shortly after the birth completely broke the internet...

On May 4th, which is ironically Star Wars day, Grimes and Elon welcomed their baby into the world, with Elon sharing this adorable photo on Twitter in response to eager fans.

Twitter trolls were having a field day with Musk's new child...

And the cruel memes just didn't seem to be stopping.

But, regardless of how wealthy and powerful Elon is, the couple hit a major legal hurdle.

This meant that the pair couldn't actually name their baby "X Æ A-12"...

And this ultimately forced them to change their son's name.

Introducing, Baby X Æ A-Xii. Yep, not really much of a difference (aka it's still, well, bizarre) - the couple simply substituted in the Roman numerals signifying "12."

And, now that name is now even more impossible to pronounce...

The couple have come up with a quirky little nickname for their baby.

Baby X Æ A-Xii is known as something much more conventional at home...

Baby X. In an interview with Bloomberg about her art, Grimes casually mentioned that she and Elon call their son "Baby X", which is surprisingly normal next to his full name.

But regardless of this shortened version...

It seems that even Elon himself is struggling with the bizarre name!

The billionaire recently visited Giga Berlin, a manufacturing plant for Tesla that is currently under construction in Germany...

And when he took part in a short interview on the site, he was asked about how little X Æ A-12 was doing.

When the reporter asked him, Elon looked confused and asked, "What"?

He then asked them to repeat the question before laughing and responding, "Oh, you mean my kid!"

"Yeah, he's great! I think next time I am going to bring him, maybe come back in a few months and bring him along."

You can watch the brilliantly awkward interaction here:

For more on Elon and his unique life, keep on scrolling to read about the time he claimed the Egyptian pyramids were built by aliens...