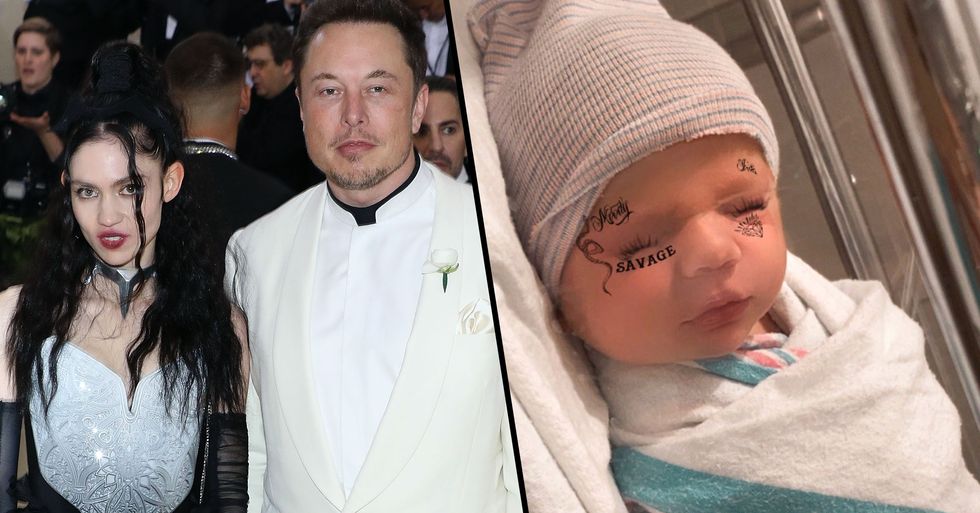 Unless you've been under a rock, you'll know that the couple has given the baby an unusual name, shall we say.

Grimes took to Twitter to explain her choice. But then Elon chimed in to correct her - and it hasn't gone down well with Twitter ...

But Twitter is filled with theories on the name.

To the more probable.

Is this baby a human?

Or secretly a computer?

But maybe the name has extra benefits.

An innovative method of childcare.

We wouldn't put it past these two.

Would you turn your back on this baby?

Or is his name an incantation?

It seems pretty magical either way!

This is gonna be one weird kid.

We bet his parents will be proud.

Surely this is too simple.

Was this how to name came to be?

The story kind of checks out!

Or has Elon flipped the script?

Remember when he was on Joe Rogan?

This kind of explains a lot.

Not exactly set up for an easy life.

A look to the future.

Another member of the musk family?

We wouldn't be surprised.

And as for those who don't like the name?

what if, instead of X Æ A-12 we all just collectively decided to name him something normal like Matt? realistically… https://t.co/OIUnOClcRg
— emo bimbo (@emo bimbo)1588767315.0

A movement is building.

We love this fake news.

Although wouldn't this actually be the most shocking celebrity name choice ever?

Although some simply love the name.

Fair play to them.

And as for Grimes's explanation?

Well, it hasn't really explained anything!

But now there's been even more controversy around this name.

Because Elon has taken to Twitter to correct Grimes' explanation.

Grimes then explained herself.

We can totally forgive her slightly tired brain at this moment!

Correcting the mother of your child publicly, right after she'd given birth? Not cool, Elon.

This is the very definition of mansplaining.

It did seem like a pretty poor move on his part.

Although it seems Grimes managed to take it in good spirits. Want more strange celebrity baby names? Keep on scrolling for our list of the best.