The general design of the Tesla Cybertruck has raised eyebrows. | 22 Words 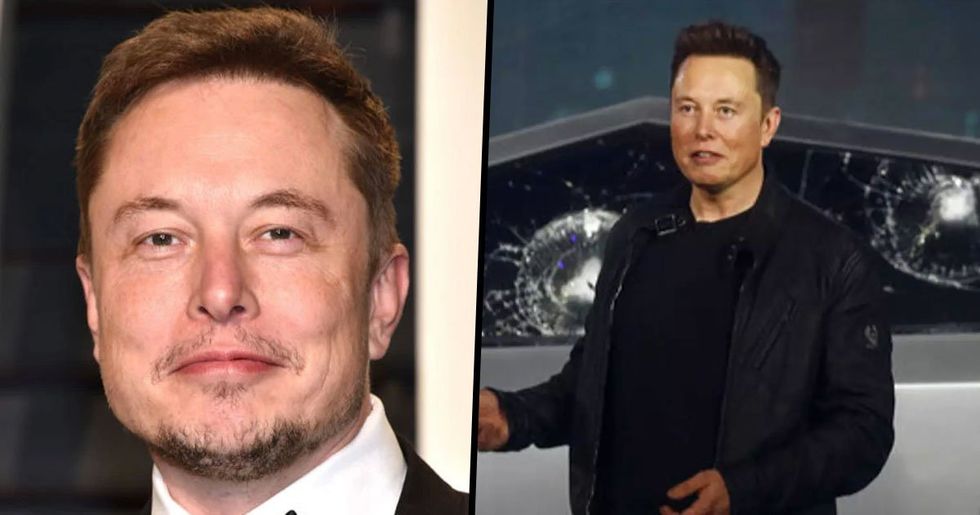 Elon Musk became the center of a disaster at the recent Tesla demonstration. The highly anticipated unveiling of the latest Tesla automobile suddenly was transformed into something like a scene straight out of season 2 of The Simpsons.

And this particular mishap has resulted in Musk experiencing a huge $768 million drop in his net worth.

Keep scrolling to find out what exactly caused this huge decrease, and see the hilarious memes that have come out of it...

Elon Musk had a bit of an accident last week.

So confident in the shatterproof design he asked Tesla design chief Franz von Holshausen to throw a ball at the Cybertrucks window.

Inevitably the incident has led to people mocking Tesla.

Frankly, this guy is so rich he can do whatever he very well wants to. Heck, for all we know the cyber truck could be a very expensive prank.

Musk doesn't need to concern himself with money.

During his cameo in The Simpsons Musk made this very clear. Which is funny when you consider how much the Tesla disaster parallels one of the very early Simpsons episodes.

In the classic episode, "Oh Brother, Where Art Thou?" Homer connects with his long lost brother Herb. Herb happens to be a multi-millionaire from Detroit with his own car company. Now Musk is worth billions and isn't from Detroit but the similarities are still there...

Whilst visiting Herb in Detroit...

Homer is propositioned by his big brother to design a car.

Herb instructs his team of engineers to listen to Homer's ideas.

Naive Herb has no idea how big of a mistake this is...

The unveiling of Homer's dream car puts an end to Herb's career.

With all the money that was spent on the design, and the sheer disaster of the final design assuring that no-one would purchase it, Herb ends the episode bankrupt.

The Simpsons do always seem to have a knack at predicting what's going to happen.

The aesthetically displeasing design of Tesla's Cybertruck and Musk's cringe-worthy presentation suggests that this automobile might just go the same way as "The Homer."

Since everyone started mocking Elon Musks' presentation through the art of Cybertruck related memes, Tesla's shares have dropped 6 percent.

The memes have signaled a vote of no confidence in Tesla's current project and seen their shares drop. A 6 percent drop is the equivalent of Musk losing $768 million. To lose that much money in one day is quite something...

For anyone worried Elon Musk will end up a hobo like Homer Simpson's ill-fated brother Herb, don't be. Musk has a $23.6 billion fortune that no amount of memes could make a dent in.

Elon Musk is a seriously smart guy, heck he reckons he'll be able to have us all living on Mars one day. Even if we don't like the current Cyber truck design I bet they're the start of a new era in automobile design.

Well, I guess we'll just have to see how many of us will be cruising around in APC's in a couple of years. Continue scrolling to read all about what Elon Musk had to say about eco-warrior, Greta Thunberg.