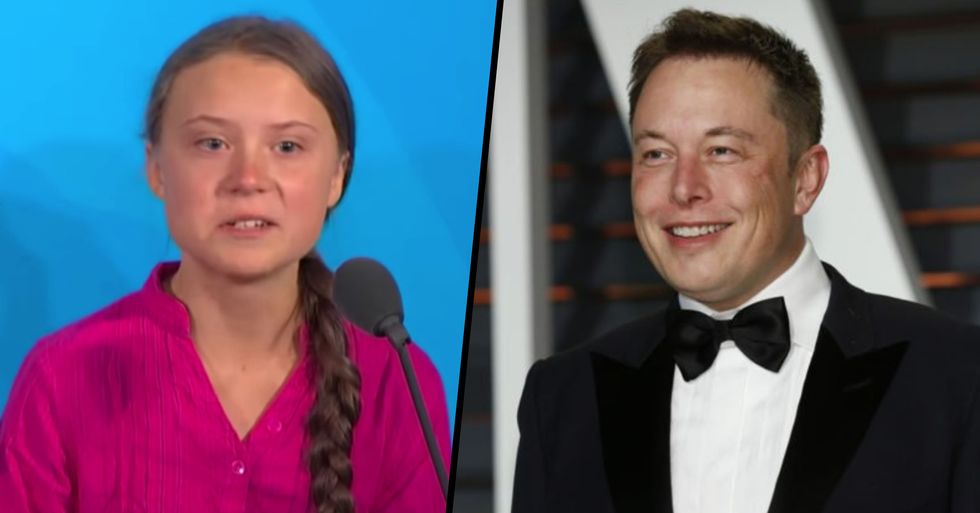 Despite the teenage activist receiving a fair share of backlash, one entrepreneur has shown a great deal of respect towards her. Keep scrolling to learn more...

Powerful, isn't it? We think so.

But it seems as if this guest on Fox News is following in his president's footsteps.

Instead, he opted to diagnose the sixteen-year-old, calling her a "mentally ill Swedish child." The Daily Wire’s Michael Knowles joined a host of other personalities in what was supposed to be a discussion of Thunberg's speech as well as climate change in general.

However, it seemed to spiral into a direct attack on the activist.

Knowles was joined by anchor, Harris Faulkner, and liberal commentator, Christopher Hahn, when he said: “If it were about science it would be led by scientists rather than by politicians and a mentally ill Swedish child who is being exploited by her parents and by the international left." For the record, Greta has autism, but she refers to it as her "superpower."

This statement immediately made the others pipe up against him.

However, Knowles didn't give up his view despite being asked to "take it back."

He further repeated his previous statement, saying that the left was: "exploiting a girl with many mental illnesses." Just say you're jealous of what she has achieved in only sixteen years while this is your claim to fame, because we're all thinking it...

Don't be fooled, some people may look like adults, but they haven't managed to shake off their childish habits.

The news channel has since apologized to Greta for Knowles' comments, saying they were "disgraceful." They also said they never plan on booking him as a guest again. Thank God!

But there is one entrepreneur who has demonstrated a liking towards Thunberg...

A man who has truly shown his age is Elon Musk, the South African entrepreneur and engineer who is the founder of SpaceX, and co-founder of Telsa.

Musk is known to be passionate about climate change...

And he recently retweeted a tweet from Scientific American about Thunberg's role in the global climate change protests last week.

Of course, it didn't take long for the haters to comment...

"Yeah. Let's let a 16-year-old determine world policy. I love you Elon, but this is wrong," one user wrote.

Musk was quick to respond to this narrow-minded comment...

"A 16-year-old who has better reasoning & more heart than the vast majority of political leaders," he wrote, using his status and platform to voice a fact, rather than an opinion.

Greta Thunberg hasn't spent this amount of time to be shot down by immature and irrelevant people...

She has been striking at her school every Friday since 2018 and has shown a true amount of dedication and passion towards the issues our planet is facing. Hopefully, the work that Thunberg has been putting into our Earth will soon be put into effect if the governments of the world finally get their acts together.