Elon Musk, SpaceX Founder and Tesla Pioneer, Has a Vision of Colonies on Mars. But Will They Have Toilet Paper? | 22 Words 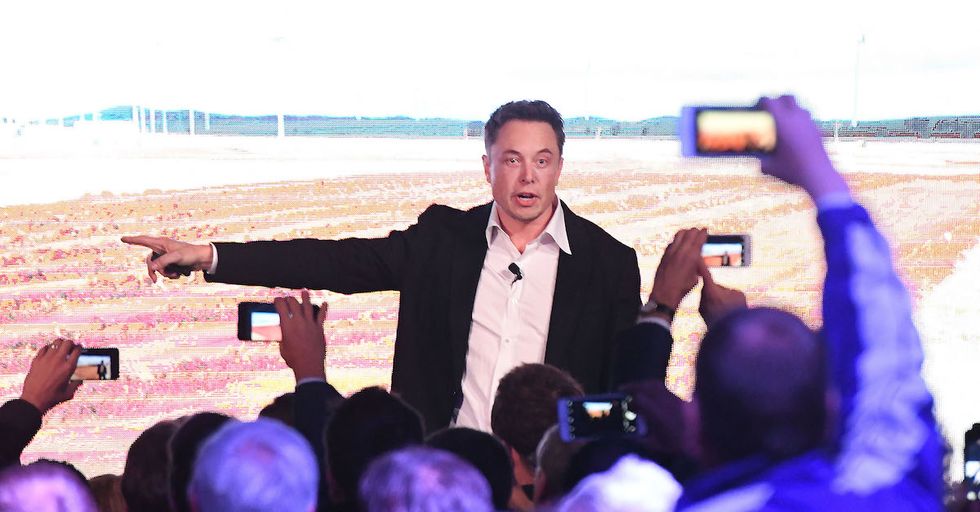 Elon Musk, SpaceX Founder and Tesla Pioneer, Has a Vision of Colonies on Mars. But Will They Have Toilet Paper?

Elon Musk, the magnate who founded both SpaceX and Tesla, has a lot of really big ideas — and the money to make them happen. Last week he gave a speech at the International Astronautical Congress (IAC) in Adelaide, Australia, where he unveiled his vision to colonize Mars.

The plans themselves look beautiful, but many still wondered about, well, exactly how this is all going to work.

Elon Musk is a man with many big ideas.

He's been focused for a long time on revolutionizing the way humans travel. As the founder of Tesla, he had a hand in the first ever mass-produced electric car to hit the road. He's also very good at posing for photos.

Musk also recently claimed to be working on a vacuum-tube train system dubbed the "Hyperloop."

Over the summer he announced he'd been given the go ahead to begin work on a high speed train line that would take riders from New York City to Washington D.C. in half an hour. A lofty goal considering it takes almost twice as long to reach several parts of Brooklyn from Manhattan.

Musk has the will and he has the technology. But in the meantime, he's said he might be able to make it so humans can travel to almost anywhere on Earth in an hour. So you could get from New York to Shanghai before the subway could get you from the West Village to Yankee Stadium.

But Mars is still very much on Musk's mind.

It's just, you know, he needs to revolutionize how the entire planet we're currently on functions first. Then, of course, he can work on creating a whole new one. Using a rocket to Mars he's adeptly named the BFR (Big F*cking Rocket). It's important to take on endeavors like this in baby steps.

Last week, he got more specific than ever about his Mars plans.

Musk not only announced that by 2024 he plans to have humans actually colonizing Mars, but he also started to unveil how the settlement would look, and the pictures, to say the least, are breathtaking. Check them out on the next page.

The renderings show human settlements on Mars at dusk, when the sky turns blue. The daytime sky, however, is red, and far more alien-looking. The settlement appears to have all the same down-home space charm of the one where stormtroopers hunted down Luke Skywalker's aunt and uncle.

People are already noticing some similarities in terms of the vibe...

But honestly, what would a Mars colony be but a more extreme version of Burning Man? In fact, re-branding the project as such might help Musk recruit a serious number of volunteers for the maiden colony.

But as exciting as his ideas are, people still had questions.

While it's likely they'd just, you know, bring some from Earth, questions like this haven't really ever been adequately addressed in science fiction. Sure, you can pack all the TP you want, but it'll still probably run out eventually. This is one of the more uncomfortable questions the 2015 film The Martian failed to answer.

Others had far more pressing concerns.

This obviously opens up an entirely new can of worms. Of course we'll need kittens on the Mars colony. Without them, what would make life worth living? But at the same time, we'd have to pack a lot of litter. At least until we figure out if cats can safely poo in Mars dirt.

Leave it to Seth Rogen to ask the question on everyone's mind.

Will the Mars colony be down with partying? Or would getting the munchies be too risky in place with a very limited snack supply? Either way, we don't want to get paranoid on Mars. So even if it winds up being a lawless paradise, best to keep a level head. But that's not all...

These are other pretty important details to iron out.

Maybe Musk thinks of these as bridges we can cross when we get to them. Oh, by the way, whose job will it be to build bridges on Mars? We should probably make a list before we leave.