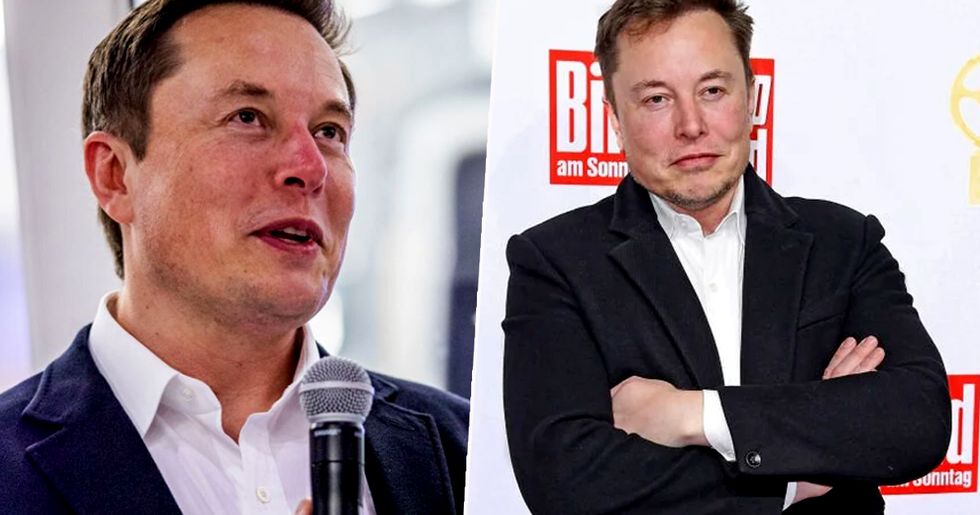 Elon Musk is one of the wealthiest men on the planet, so as you can imagine, it hasn't taken long for people to start questioning him on what he's going to do during the coronavirus outbreak. More specifically, how he is going to help... given he's got a ton of money and all.

Well, just days after his controversial pledge, Musk stepped up to help...

But now, well Musk has done something truly bizarre. He's posted one tweet which has wiped $14 billion off Tesla's value...

Keep scrolling to see what he said.

He claimed that the automobile was unbreakable...

After the fail during the presentation, Musk tweeted a video that was made earlier, when they had successfully practiced the stunt.

The general design of the Tesla Cybertruck also raised some eyebrows...

Admittedly, the cyber-esque design looked like something out of an early PC game.

Not that Musk seemed to care...

Elon Musk is certainly a man who knows what he's doing...

Musk is a seriously smart guy, and it wouldn't shock us if the Cybertruck is the future of automobiles.

The design was highly-anticipated...

The Roadster, an all-electric 4-seater machine that Tesla claims has a top speed exceeding 250mph, was revealed last year, but the firm has now shown it in public for the first time at the Swiss event, although the white model on display appeared to be a design shell.

Tesla says the launch version, first confirmed during the launch event for the new Tesla Semi lorry in California,  will feature 10,000nm of torque (7376lb ft) from 3 motors. It can hit 60mph in 1.9 seconds, half-a-second quicker than the current fastest-accelerating Tesla, the Model S P100D.

He is no stranger to a fast car...

Musk said the successor to Tesla’s first production car, which went off sale 6 years ago, can accelerate from zero to 100mph in 4.2 seconds and complete a quarter-mile sprint in 8.9 seconds.

Last week, Musk weighed in on the coronavirus pandemic...

And he made it clear he wasn't planning on sitting back, despite having previously been accused of "playing down" the pandemic.

Although it hasn't been without a nudge from good old Twitter.

Earlier last week, someone tweeted the star and told him to "stop being an idiot" about the COVID-19 pandemic, telling him to use his Tesla factory to make ventilators as quickly as possible.

@suhaylabbas @fawadchaudhry We will make ventilators if there is a shortage
— Elon Musk (@Elon Musk)1584589949.0

"We will make ventilators if there is a shortage."

Musk is following in the footsteps of other motor companies who are also promising to help.

But his proposal has begged the huge question of when? Because, as far as many health professionals are concerned, there will definitely be a shortage of ventilators - so the fact that Musk used the word "if" has been rubbing people the wrong way.

In fact, people are less than impressed with his response.

Then he stepped up his game.

Gov. Gavin Newsom announced in a press conference on Monday that Elon Musk has followed through on his promise and has delivered one-thousand ventilators to help strained California hospitals treat patients diagnosed with the virus.

Newsom described the act as "heroic."

"I told you a few days ago that [Musk] was likely to have 1,000 ventilators this week," he said. "They've arrived in Los Angeles... It was a heroic effort."

It's about time something was done about the shortage of medical equipment across hospitals currently.

This is a great move from Musk. People have been quick to point out the sheer contrast between how celebrities and "normal people" are dealing with the outbreak. Keep scrolling to see the pictures that truly sum up this stark difference. It's actually terrifying...

But now Musk has done something truly bizarre.

He's wiped billions off Tesla's worth with just one single tweet.

While Musk isn't a stranger to posting controversial tweets, this is surely his most expensive tweet yet.

But just what did he say?

@elonmusk Elon there are people’s lives savings in this, people that support this like no other company in history.… https://t.co/IT837J1mX3
— Incentives (@Incentives)1588346499.0

Losing a huge $14 billion for the company. But it wasn't just Tesla that suffered. Countless investors tweeted Musk calling him out. One person wrote:

Wtf Elon! You own the company, you can’t say shit like this. You just cost me thousands of dollars within seconds. I’m a model 3 owner, long stock owner and you do this? Extremely disappointing!

Dude…I just lost $10k because of this tweet. Wtf is wrong with u [sic]’

Then Musk posted some stranger tweets.

He then went on a Twitter spree posting a series of random tweets. He wrote of how his partner, Grimes, was 'mad at him', he claimed he was going to sell all of his material possessions, and he seemingly posted the lyrics to The Spar Spangled Banner. Strange times.