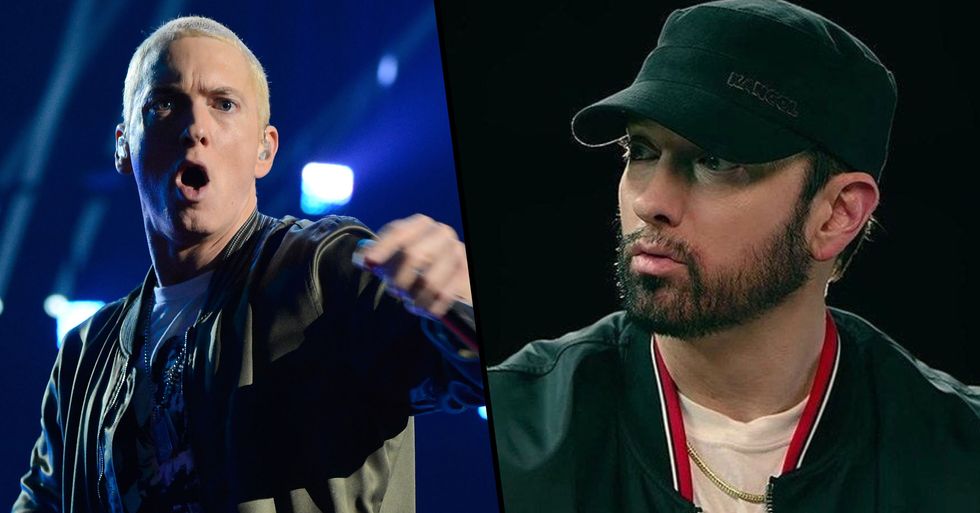 News has just come in that notorious rapper Eminem confronted a home intruder earlier in the month after his security team failed to wake up.

Keep scrolling to get more on this bizarre story...

Eminem, whose real name is Marshal Mathers, first came onto the hip-hop scene in his home town of Detroit, Michigan, in 1997.

After quitting school, Eminem was determined to make it big as a rapper...

It seems that the rapper is doing better than ever...

And his most recent antics certainly prove this.

Reports have just come in that Eminem had an unwanted visitor in his home recently.

TMZ has reported that earlier this month, an intruder broke into the rapper's Detroit home at around 4 am.

The culprit has since been found and arrested...

According to law enforcement, the suspect was twenty-six-year-old Matthew David Hughes, who used a paving stone to smash a kitchen window - which is how he gained entry into Eminem's home.

Apparently, an alarm went off but it failed to wake up his team of security.

This means that the intruder found himself face to face with Eminem, who screamed for his security which luckily woke them up.

Police were called and rushed to the home...

The intruder was taken into custody and booked on charges of first degree home invasion and malicious destruction of a building - both felonies. It didn't appear that he wanted to steal anything, and it has been assumed that he just wanted face-to-face contact with Eminem... which is kind of relatable.

Never the less, Eminem took care of himself and nobody got hurt.

For more news on Em' make sure to keep scrolling to read about his generous donation to local healthcare workers...