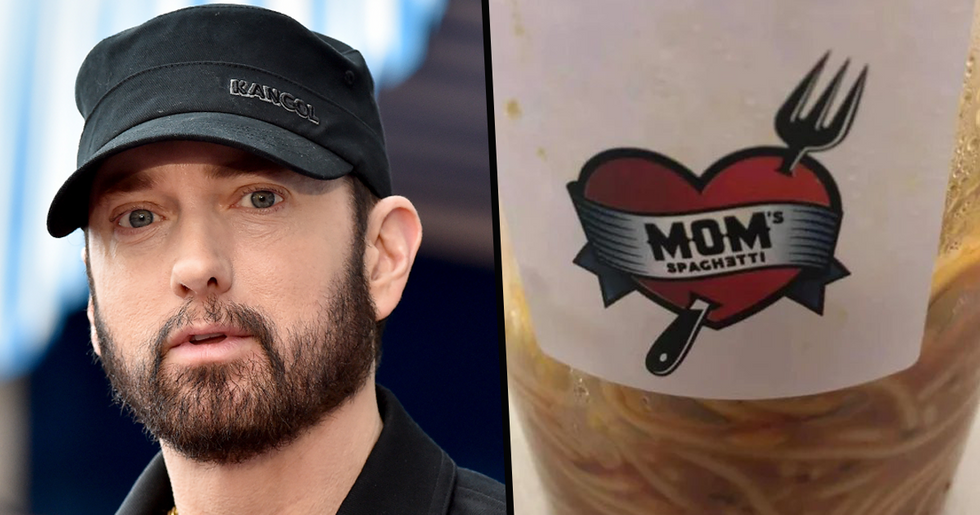 Eminem Donates Cups of His Mom's Spaghetti to Hospital Workers

Eminem is known well for his outrageous and, more than often, controversial behavior.

But the rapper has redeemed himself recently by donating some of his very own Mom's Spaghetti to hospital workers in Detroit...

This goes to show that anyone can turn their life around...

And the rapper has recently made a very thoughtful gesture towards essential workers in his community.

Eminem decided to donate some hearty food to the healthcare workers who are working tirelessly during the global pandemic...

And of course, it was nothing other than his "Mom's Spaghetti."

He has opened pop-up restaurants at festivals in the past serving the famous spaghetti - which hails from his track Lose Yourself - and he has decided to donate some of the good stuff to workers at Detroit’s DMC Hospital.

It is important for healthcare workers to be well fed during their shifts...

And sadly, many doctors and nurses go for hours without eating during their grueling shifts.

We couldn't have said it better ourselves!

For more on the notorious rapper...

Keep scrolling to read about his lyrics about Ariana Grande that certainly ruffled a few feathers...