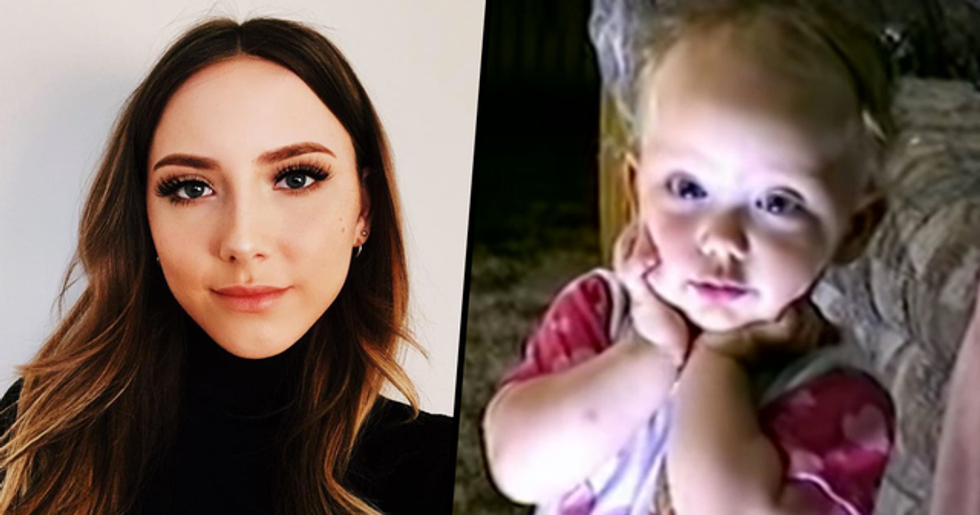 Eminem's Daughter Is Now an Instagram Influencer With 1.6 Million Followers

When it comes to celebrity kids, it's safe to say that they don't have the best reputation online. In the age of social media, many kids of the stars tend to try to use their heritage to gain some sort of online clout - and perhaps even to build a career for themselves. And, when you hear that Eminem's daughter has an enormous online following, you may think that she's just backpacking on her father's reputation in order to make it as an influencer.

But it's recently come out that, rather than making a name for herself as a junior Mathers, Eminem's daughter has been carving out an online niche in her own right. Her Instagram following currently stands at 1.6 million - and there's no mention of daddy in sight.

Eminem is a music mega-star.

Born October 7th 1972, he's had a long and prolific career including selling over 230 million records globally and even winning an Academy Award.

But he's had no shortage of controversy over his career.

He's been in an out of rehab and has struggled with addictions to prescription medications. But one area in which Eminem has consistently faced controversy is in his personal life.

His relationship with Kim has been tumultuous, to say the least.

In fact, there have been some pretty public feuds between the two, with many taking place in Eminem's song lyrics.

But, in spite of the up-and-down relationship, there's one thing that the pair will always have in common.

Kim and Eminem share a (somewhat unusual) family together, including three daughters.

Of the three daughters, two are adopted.

The pair's eldest (pictured on the right), Alaina Marie, was the daughter of Kim's troubled sister, Dawn, who died of a drug overdose. Kim and Eminem adopted her in 2002, and she's now twenty-six-years-old.

Whitney, aged sixteen, is the daughter of Kim and her brief-fling, Eric Carter. Eminem legally adopted Whitney, too, and the two co-parent the child.

But the middle daughter is biologically both Kim's and Eminem's.

Hailie Jade Mathers was born in December of 1995, making her currently twenty-three years of age.

The birth of Hailie clearly had a huge impact on Eminem's life.

He'd always been known as something of a hard, scary individual, but fatherhood certainly brought out his softer side.

In fact, two of Eminem's most popular songs, "Mockingbird," and "Hailie's Song," are inspired by the birth of his daughter, and feature heartwrenching lyrics about his experience of fatherhood.

But Hailie has chosen a pretty surprising career.

Instead of following in her father's footsteps to musical stardom or choosing a more conventional career path, Hailie has, instead, taken on an industry that's pretty controversial - and distinctly millennial.

Eminem's daughter is an Instagram influencer.  And a pretty successful one at that. She currently has an unbelievable 1.6 million followers on the photo-sharing platform.

And what makes it even weirder?

Her posts are (no offense to Hailie) almost exactly the same as every other twenty-something influencer on the platform.

Her generic posting style leaves no room for anyone to guess that she's got an incredibly famous father - unless you've done your internet detective work, that is.

It's sort of a worst-kept-secret on her page.

One comment on this post reads, "I know we make a point of Not talking about Em, but I'm breaking that kinda 'unspoken rule' for a sec. Does anyone else ever wonder if he looks at who's following Hailie, or the comments? Idk, I just thought about it."

She posts selfies, pictures from sponsored influencer trips, street style shots complete with Starbucks, and even offers her followers beauty and style tips.

But Hailie is more than just a pretty face.

She's currently studying at Michigan State University. She's claimed that she's not sure what industry she wants to go into - but her Instagram certainly seems set in terms of her future income.

And there's something that fans may not know.

The ongoing feud between Machine Gun Kelly and Eminem is well recorded online. But many don't know that Hailie was actually the impetus for the fight when MGK commented that Hailie was "hot as f---" - even though she was only sixteen.

She literally never posts with her father. In fact, some even comment on her page asking for a glimpse of the hip-hop legend.

But we are pretty impressed with Hailie.

If she wanted easy online fame, she could have very easily piggybacked off her iconic dad. But Hailie has built an online career totally on her own - and, as shallow as it could seem, it's also kind of inspiring.

Eminem has remained tight-lipped on his daughter's career.

But, according to reports, the pair have maintained a very close and positive relationship - so we have to assume that he's kind of proud of his baller daughter! And, if you missed the hilarious photoshopping a fan of Eminem managed to create, keep scrolling for more.