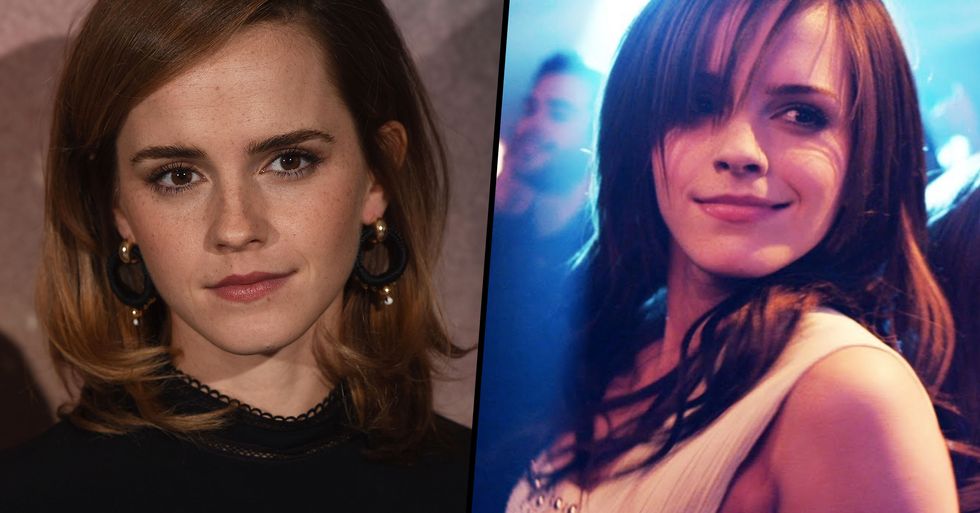 You may know her as Hermione, but Emma Watson has actually had a long and varied acting career. But one of her more controversial roles has hit headlines again this week...

Emma Watson has had an enviable acting career.

From her roots as Harry Potter's Hermione, she's truly spread her wings in the world of Hollywood.

She's pretty much an old pro, having been cast as Hermione Grainger in the Harry Potter series when she was ten years old.

Watson skyrocketed to fame and also became an advocate for sustainability and a public voice for feminism.

Since then, she's stayed in the public's consciousness.

And is never too far from a red carpet.

Shortly after the end of Harry Potter, Watson was quick to get into some new roles.

One of her most famous was as Sam in 2012's The Perks of Being a Wallflower.

And who could forget Beauty and the Beast?

Watson's career isn't all about acting, either.

Watson supports causes and charities that are near and dear to her heart. She's one of the most outspoken advocates in the celebrity world.

In 2014, at age twenty-four, Watson was appointed the UN Women Goodwill Ambassador.

"Women’s rights are something so inextricably linked with who I am, so deeply personal and rooted in my life that I can’t imagine an opportunity more exciting," she said of the honor. "I still have so much to learn, but as I progress I hope to bring more of my individual knowledge, experience and awareness to this role."

Plus, she's really into reading and literature and literally spreading the word.

In November, Watson left nearly 100 copies of Maya Angelou's book, Mom & Me & Mom on the London subway, with a few handwritten notes stuck inside. That's a pretty awesome move.

She's also big on accountability for her own choices, like the designers she chooses to use.

When choosing her wardrobe for the Beauty and the Beast red carpet appearances, she created a PowerPoint presentation for her stylist to send to designers. The presentation helped Watson choose the designer who created the most environmentally friendly and ethically responsible clothing.

But there's one role from Watson's past that's a little more controversial.

The story was set around a young group of wannabe A-Listers.

And in order to feel close to the stars they loved, they started burglarizing their houses.

Yep, a bunch of rich teenagers robbed local celebs in LA in 2010 in an attempt to ... gain fame?

Emma Watson played one of these criminals, Alexis Neiers.

Alexis was seen by many as the ringleader of the Bling Ring.

And to make this story even more bizarre?

During the time legal proceedings were being brought against her, Alexis was filming a reality TV show. It's called Pretty Wild, and if you can find it, it's 100% worth a watch.

It's safe to say Watson was not a fan of Neiers.

In a 2013 interview with GQ, Watson said, “The character is everything that I felt strongly against – she’s superficial, materialistic, vain and amoral."

"She’s all of these things and I realized I hated her. How do you play someone you hate?"

"But I found it really interesting and it gave me a whole new insight into what my job or my role as an actress could be."

In an Instagram Live interview, she responded to Watson's incredibly harsh comments towards her.

The problem I had is with the comments she made about me and the role despite the fact that she already knew that I was a convicted… like the heroin part, the drug addiction part had already come out. So I was actually in treatment at the time they were filming the movie."

"I think [Watson] said something along the lines of like ‘this girl’s the epitome of what I’m totally against and she’s disgusting’, and you know at that point I already came out with the fact that I’ve been sexually abused throughout my childhood and was like a full-blown heroin addict at the time."

On the plus side, it now looks like Neiers has turned her life around.

But as for whether Watson will comment on the controversy? We'll have to wait and see. Want more from Emma Watson? Scroll on for all the tea about her new man.