Endangered Turtles Hatch on Deserted Beach Due to Coronavirus | 22 Words 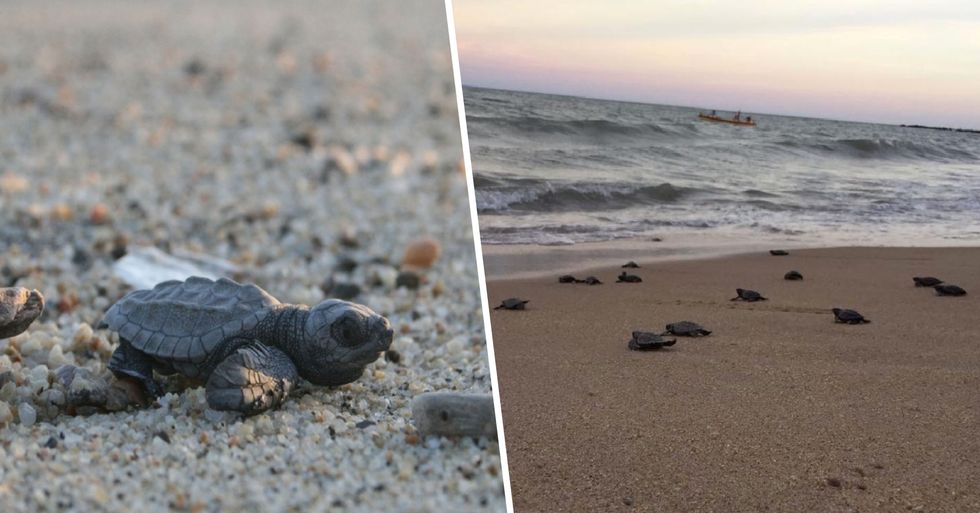 Endangered Turtles Hatch on Deserted Beach Due to Coronavirus

It is unbelievable to say, but the coronavirus pandemic has had an undeniable effect on our planet... in a good way.

Human impact has been outlined more than ever since lockdowns all over the world have been implemented, and Mother Nature has well and truly been thriving.

Keep scrolling to see the unbelievable pictures of endangered turtles that have recently hatched on a deserted beach...

Humans have been cooped up inside since COVID-19 brought our world to a standstill.

Thousands have now died from the virus and the spread of it doesn't seem to be slowing down any time soon.

Lockdowns have been implemented all around the world...

Including Italy, Spain, the United Kingdom, and many parts of the United States.

Wuhan is where the coronavirus initially started, and since the city's lockdown back in January, nitrogen dioxide levels have dropped drastically.

And now, something remarkable has happened.

Last week on March the 22nd, a shoreline in Paulista, a town in the north-eastern state of Pernambuco, Brazil, experienced the births of many endangered turtles.

This particular beach is a very popular tourist spot...

But in recent weeks, the beach has been left completely deserted after the state governor Paulo Câmara ordered a partial shutdown in the area, urging residents to stay indoors and restricting them from gathering on beaches.

The absence of tourists has made a wonderful difference...

Ninety-seven hawksbill sea turtles broke free from their shells and took their first cautious steps towards the Atlantic ocean, with almost no one around to witness the scene.

The WWF explained how this species of turtle helps maintain the health of coral reefs as they remove prey such as sponges from the reef's surface and they also provide better access for reef fish to feed.

It was a truly special moment.

The only people there were government workers, who managed to snap pictures of the baby turtles as they made their way down the beach.

The turtles had a little nudge, of course...

A statement from City Hall of Paulista says the hatching of the eggs and the first contact of the animals with the water was only possible thanks to monitoring work carried out by technicians of the Urban Sustainability Center.

Aside from being snatched by birds...

One of the biggest risks that face a baby turtle is being crushed by an unaware beachgoer, so these babies already have a stronger chance of thriving.

It's time to have a serious think about the way we treat our planet...

And these baby turtles are a prime example of how we need to be stepping back and letting Mother Nature take her toll. Make sure to keep scrolling to learn about the pollution decline in Italy since the country went into lockdown...