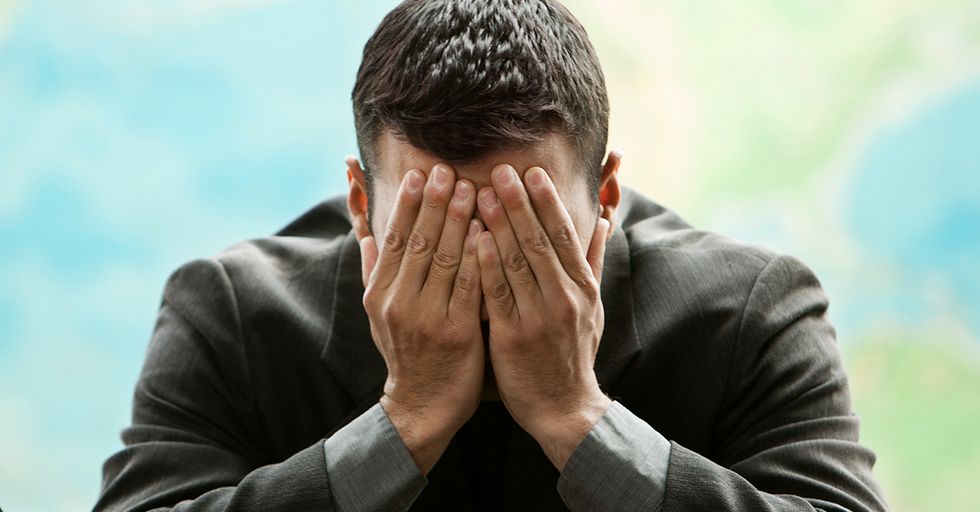 19 People Confess the Most Embarrassing Things They've Ever Done

We all have stories like these — embarrassing things we've done that will stay with us forever.

There's no coming back from these mortifying moments. There's only accepting that they happened and moving on.

Twitter user @tinkytwink asked everyone about the moments in their life that have made them die inside.

@tinkytwink started it off with a story of their own: "I once accidentally licked my fit Dentist's hand whilst maintaining eye contact." It only gets worse from there.

This is hilarious. Why in the world would a job interviewer be asking about your grandmother?

This is...quite inappropriate, and I'm glad he was told off. Let's just call this one a learning experience.

Why do things like this always happen? You don't realize how much of our language is coded for able-bodied people until you get caught in a situation like this.

Oh, we've all done this. I apologized to a door once after I bumped into it. The next one is hilariously sad.

It's bad enough that she got into a car that wasn't actually a taxi, but then to be trapped inside by child locks! Priceless!

This is a case of a good deed gone very, very wrong. But like, what kind of café doesn't take cards?

That's a definite challenge for both parties in this situation. Do you acknowledge it? Do you pretend it didn't happen? Do you give that person the job with the understanding that they will say nothing?

When you're at the doctor's office or in the hospital, everything is already embarrassing. This just made it worse than it had to be.

I hope they just threw out the stereo and he bought his brother a new one. There's no cleaning that machine once you know what happened to it. The next one could have turned out terribly.

Accidentally entering and falling asleep in the wrong apartment seems like grounds to be ejected immediately. This guy got lucky.

Have you ever done that? The similar thing that I do is I enthusiastically tell people stories of things that happened, and then they go, "Yeah, I was there with you." It's great.

Again, the language, the idioms we have, they are sometimes so inappropriate. Hilarious.

Farts are never not funny. I love that the doctor seriously asked him if he had beans for lunch.

If you're not careful about thinking before you speak, you may wind up insulting your very dressed-up friend. The next one is a total classic.

How do you even come back from that? The accidental kiss is such a classic embarrassing moment.

Don't you just love when you hustle a chip from your friend only to discover that it's a total stranger and they're extremely frightened of you?

"At a funeral" is always a fantastic way to begin an embarrassing story. The pew breaking is just the cherry on top of the disaster sundae.

That's quite a greeting to give anyone, let alone a stranger you think is your friend. Think about how the people in that car tell the story to this day.

And this is why you never assume anyone's relationship to each other, and you don't assume anyone's pregnant. It almost never works out. Share this with someone who will understand the cringe!