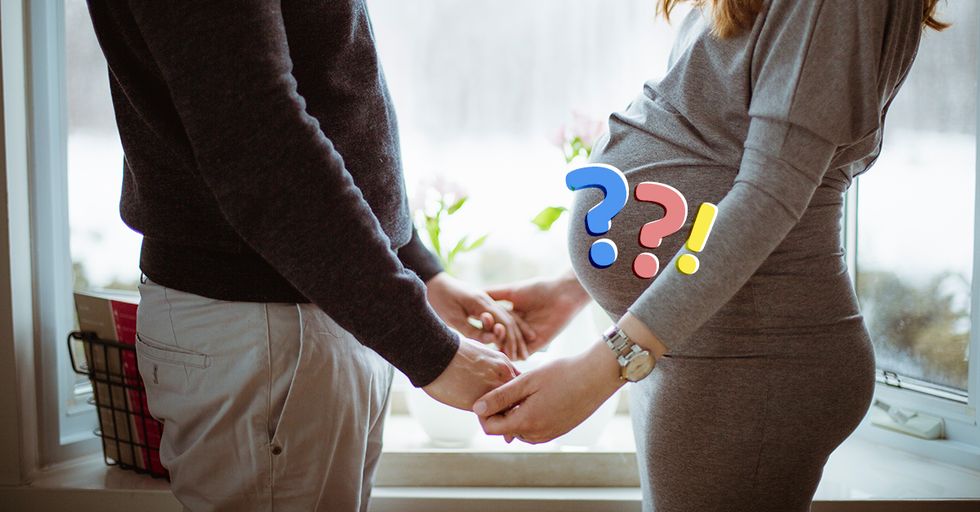 As if baby showers weren't enough, gender reveals are the newest craze to pump up your friends and family about their new baby entering this world. Everyone you know gets invited over for an entire night that leads up to one single moment: the extravagant reveal of their soon to be new baby.

There are no lengths that are too far for most of these families. I'm talking huge balloons, big layered cakes and sometimes even excessive amounts of confetti. With so much pressure leading up to this one moment, there is a lot of potential for something to go terribly wrong.

Yes, there are some good ones, but let's look at all the fails because there are way more than you think. We all get to have a good laugh at the expense of a family so exuberantly waiting for such a big announcement.

From fireworks to alligators to forest fires, it's about to get very revealing.

Being extra is a lifestyle.

It's pretty obvious that people love gender reveals, no matter how extra they are. It's a full-on celebration.

They had high expectations.

But the internet also loves to make fun of it all, because why let a good thing stay the way it is?

OK, this one isn't a real gender reveal, but people love making fun of how over the top some of them can be.

I love to watch them fail.

The fails are becoming even more loved than the successful reveal for reasons that are sure to make you laugh.

A happy couple wanted to announce their baby to the world. They thought it would be a great idea to use a gun to shoot a target that would explode with powder, revealing pink or blue to declare the gender.

But, it got pretty lit.

An off-duty Border Patrol agent was reportedly ordered to pay $220,000 in restitution on Friday after he accidental… https://t.co/nJWTFiXLeL
— The Daily Beast (@The Daily Beast)1538182491.0

Their great idea went south fast when the gunshot ended up causing a pretty serious forest fire. I'm talking over 45,000 acres of land.

The most expensive gender reveal party ever!

$220,000 in fines later, and over a week of work put in from 800 firefighters, the fire was finally put out. Thankfully, no one was injured, but the Twitter trolls didn't let this man get away without a good roasting.

A couple in Nebraska also saw the best option to reveal their babies gender was to use explosives. I think we can guess how this one goes.

Going out with a bang.

People from up to three miles away called the police at the sound of the explosion, fearing what had caused it. The couple received a ticket for setting off an explosive without a permit. This baby boy is going to cost them way more than they thought.

Here's a full on rodeo reveal. Hopefully, no bulls were harmed in the making of this gender reveal.

Baby, it's a firework!

This couple wanted to go all out and use fireworks for their reveal. Anything involving fire, as we've seen, should be entirely avoided. But that didn't stop them from exploding the news into the faces of their friends and family.

Leaving with some battle scars.

The fireworks backfired and turned on the guests at the party. You can hear screaming, some in fear, others in excitement, it's kind of hard to tell. The scars that their friends got from this party will be a permanent reminder of this fail.

At first, this seems like a fail, but it might be one of the funniest gender reveals ever. If this one doesn't make you smile, I don't know what will.

Straight to the face.

This was a pretty rough pitch to the face. At least there was still a great powder explosion!

Well, it is definitely a boy, and this guy has the new hairstyle to prove it.

Straight to the face, part 2:

Another smashing reveal for all to see, and for some to cringe.

Did anyone else see that guy pick up the ball before he checked to see if his lady was alright? Let's hope he's ready to be a dad.

This alligator reveal might be the weirdest one ever. Maybe the alligator is going to be the new godfather.

This could have been such a success. But boy, it went downhill fast.

So excited for your baby boy but so sorry about your truck. Couldn't we just get a cake?

Kids will be kids.

No surprises here. Kids will always be kids, no matter if they are excited about the gender reveal or not.

You can feel the disappointment here.

I mean how could the balloon people mess this up! I definitely feel their sadness, but I am also still laughing.

This is a comical genius! The best part is that his mouth is wide open, now full of mayo. A shocking reveal indeed.

This one's a mouthful.

So the "reveal" part of this story is that the inside of the cupcake was filled with a jelly to reveal the gender. But that's hard to tell when you eat the whole cupcake in one bite. I guess we'll never know the gender! I hope the cupcake was fantastic.

This family had quite a surprise indeed. At first, they open up their little box to find a football inside, causing everyone to rejoice over the baby being a boy. But then, the mom-to-be keeps digging in the box to find out that the slip of paper inside reveals the baby is actually a girl.

That could have gone better...

A double celebration! At least they laughed it off.

This pizza place was supposed to spell out the gender, but honestly, it looks like a whole mess. Apparently, it says it's a boy. I'd still eat it though.

A little too eager, there.

This baby is already causing a whole lot of headaches.

Even the balloon couldn't handle the pressure. The anticipation was too much and it just blew up.

This one cracks me up. I guess they'll never know!

Kick it to the man.

You can tell he put in some serious effort, but it just wasn't enough to crack the gender barricade.

Now, these are getting a little predictable. But still funny.

Maybe no one really noticed you falling on your butt because of how excited they were about having a baby girl. Let's hope for it anyways.

If all those weren't enough, here's a 10-minute long compilation to keep the laughs coming.

Share these fails with your friends and any soon-to-be parents you may know to warn them about the fails that could be if they choose to throw a gender reveal party.