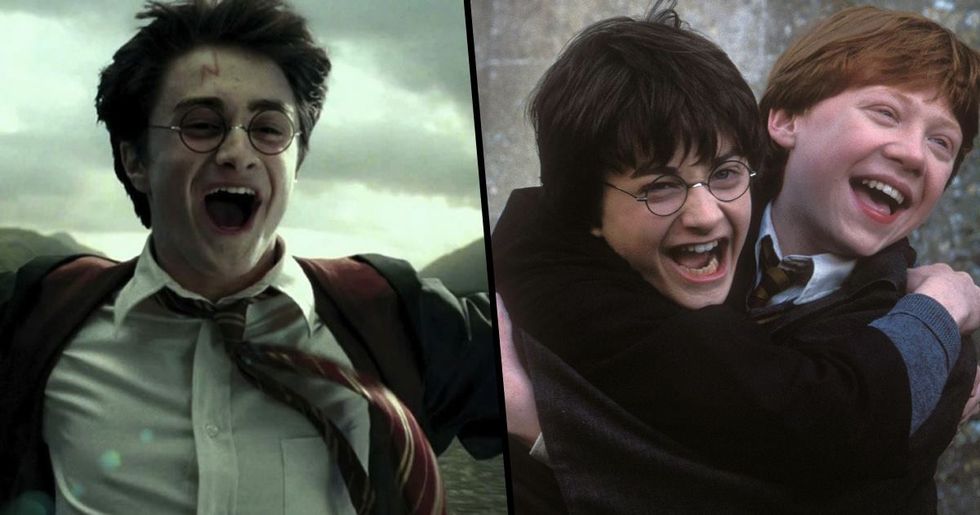 Harry Potter Weekend is no more, as the rights to the movies are no longer held by ABC and Freeform.

The broadcast rights to the Harry Potter movies went to Disney and the Disney-owned broadcast channel, ABC, back in the aughts when the films first came out. Once all eight were released, Disney moved the marathons to what was then known as ABC Family. By the time the channel changed its name to Freeform, so-called Harry Potter Weekends had become a fan-created institution with plenty of Tumblr memes and Potterheads tweeting along with the hashtag.

Fans can give thanks some traditions will be preserved. Though the films have moved house from ABC to NBC and been christened Harry Potter Wizarding Weekend, everyone knows when Potter marathons are supposed to air. SyFy, the NBC Universal channel which airs the films, is planning accordingly.

Originally, ABC only owned seven of the eight films, with HBO hanging onto Harry Potter & The Order of The Phoenix. In short, Harry Potter Weekend might have been a beloved institution, but it wasn't really a marathon, as much as it was an awkward airing of most of the movies across four days.

Put down the paper

NBC Universal has changed all this. First of all, it has all eight films in one place. Second, nothing mandates Syfy must air a particular show daily in specific slots. The channel is free to run all eight films back-to-back, starting with Harry Potter & The Sorcerer's Stone at 11 p.m. ET on Wednesday night, Nov. 21, 2018.

The rest of the Syfy schedule is as follows on Thanksgiving, Thursday, Nov. 22, 2018:

What a day to look forward to! It's really something to give thanks for!

Your wish has come true

To whoever it was that wished for this when they were cutting their birthday cake, or blowing a single eye lash offa finger, or after seeing a shooting star, thank you!

They both blow out candles on July 31 (happy birthday, JKR!). And that’s not the only influence Rowling had on her characters: She’s said that Hermione is a bit like her when she was younger, and her favorite animal is an otter—which is, of course, Hermione’s patronus. Plus, both Dumbledore and Rowling like sherbet lemons (Rowling said that the wizard’s “got good taste").

She invented the names of the Hogwarts houses on the back of a barf bag.

Rowling said, “I invented the names of the Houses on the back of an airplane sick bag! This is true. I love inventing names, but I also collect unusual names, so that I can look through my notebook and choose one that suits a new character."

Rowling said that the only thing that was really important was that Harry's eyes looked like his mother’s eyes, so whoever played Lily Potter would need to have some resemblance to Radcliffe. This was a relief for Radcliffe, who had an an extremely adverse reaction to the green contacts.

The brooms used in the movies aren't regular wooden ones.

They were made by modeler Pierre Bohanna using aircraft-grade titanium. “People think of them as a prop the kids are carrying around, but in reality, they have to sit on them,"

To keep "Deathly Hallows" from leaking early, it was given code names.

You probably wouldn’t have been so interested in reading Edinburgh Potmakers or The Life and Times of Clara Rose Lovett: An Epic Novel Covering Many Generations.

The Dementors are based on Rowling's struggle with depression

Rowling’s mother, who had multiple sclerosis, died in 1990, after which Rowling suffered a period of depression. She would use the experience to characterize the Harry Potter’s dementors, creepy creatures that feed on human emotion. “It's so difficult to describe[depression to someone who's never been there, because it's not sadness, I know sadness. Sadness is to cry and to feel. But it's that cold absence of feeling—that really hollowed-out feeling. That's what Dementors are."

At university, she minored in Classics, and she put that education to good use, peppering the books with Latin. “It just amused me, the idea that wizards would still be using Latin as a living language, although it is, as scholars of Latin will know,"

And that’s because you can’t make potions without wands. “Merely adding dead flies and asphodel to a pot hanging over a fire will give you nothing but nasty-tasting, not to mention poisonous, soup," Rowling wrote on Pottermore.

Rowling invented Quidditch after a fight with her boyfriend

“If you want to create a game like Quidditch, what you have to do is have an enormous argument with your then-boyfriend," Rowling said in 2003. “You walk out of the house, you sit down in a pub, and you invent Quidditch. And I don't really know what the connection is between the row and Quidditch except that Quidditch is quite a violent game and maybe in my deepest, darkest soul I would quite like to see him hit by a bludger."

Alfonso Cuarón wanted Watson, Radcliffe, and Grint to write essays about their characters from a first person point of view. Dan wrote a page, Emma wrote 10 and Rupert didn't deliver anything.

“I told him really early on that Snape had been in love with Lily, that’s why he hated James, that’s why he projected this amount of dislike onto Harry," Rowling told Radcliffe. “So he knew that. Then you told me that he’d been saying … ‘I just don’t think Snape would do that, given what I know.’" She laughed, continuing, “And I thought, ‘Alan, are you really milking this now?’"

Not a Harry Potter fan?

Well, maybe you'd enjoy a "Lord of the Rings" marathon...you'll jst have to find a way of watching them yourself I'm afraid!

It was originally meant to be one film

When The Lord of the Rings started out, it was originally going to be two movies. Later, concerned about the ballooning budget, producers tried to persuade Jackson to condense the movie into a single film.

Frodo was going to straight out murder Gollum

The final confrontation between Frodo and Gollum in The Return of the King was originally going to end with Frodo pushing Gollum off the ledge into Mount Doom; “straight-out murder,"

Sean Connery is not a fan

Sean Connery read for the role of Gandalf but admitted that, “I never understood it. I read the book. I read the script. I saw the movie. I still don’t understand it … I would be interested in doing something that I didn’t fully understand, but not for 18 months."

Well Christmas is just around the corner and we all know what that means...."Home Alone" marathon!
Nothing says Christmas quite like watching "Home Alone", rather than actuallying being home alone for once...

It's good to have a reminder of other dysfunctional families during the holiday season...

Or just pick up a book

Bored of looking at a screen and scared your eyes will turn square shaped just like your mum always warned...pick up a book and read that instead!

Harry Potter was a book once..apparently.

Why not have a harry Potter marathon of your own, in book form...it'll take forever, but, at least you can brag that "the films just aren't as good as the book".

Or help out in the kitchen?

Board games, or bored games...?

Time with the family means the competative spirit comes out once again, so of course some angry Monopoly is on "the cards"

Or just dress up as a wizard and plonk yourself infront of the TV all day, dedicating yourself to hours of fantasy. As far as marathons go, a movie one isn't very strenuous.