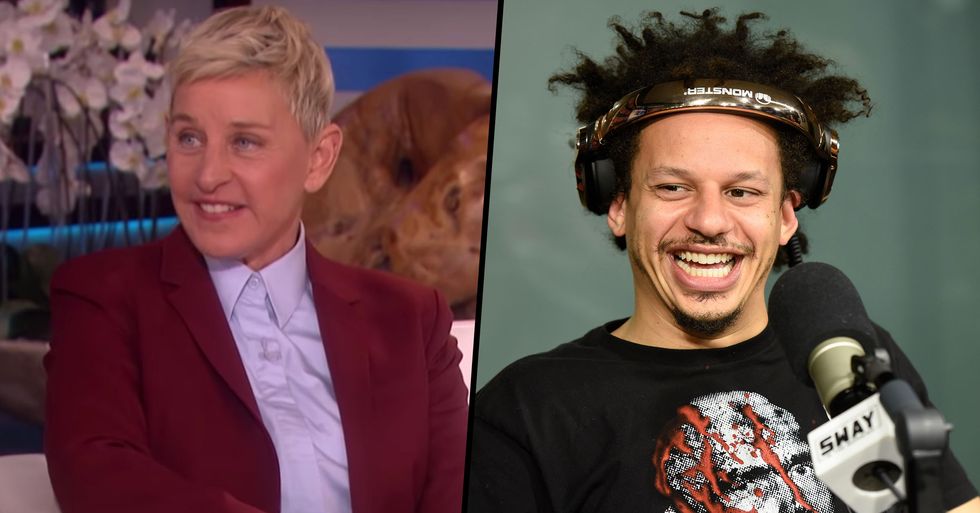 Ellen DeGeneres's name has been dragged royally through the mud over the last several months, and with talks that she could be stepping down from the show altogether, Twitter users have come up with the best replacement.

And it looks like he's down for the job...

With reports that Ellen could finally call it quits on hosting her show, it's left everyone wondering who could take her place...

While there have been some pretty bold suggestions, there's clearly one man that everyone wants to see walking on that stage.

Obviously it's Eric Andre who's a fan favourite for the takeover.

Twitter users have made it pretty clear what they want.

And it's their hilarious tweets that have swayed the star into considering the role.

Not only that, but it now seems that she has some competition over who's going to take her place.

James Corden, the host of The Late Late Show on CBS was allegedly a shoo-in for the role, but fans have other ideas...

Insiders spoke out claiming that Corden has been seen as the long-term successor to Ellen, and even Americas sweetheart, Jennifer Aniston seemed to be on the cards.

But the majority have spoken and it's clear there's only one man for the job...

The favorite candidate is comedian and performer Eric Andre.

Fans have even gone as far as to draft a petition to make him the next host.

The twist is that petitioners insist the show shouldn’t change its name.

It launched on Tuesday morning calling for 15,000 signatures.

It reads: “With the recent scandals plaguing Ellen Degeneres [sic], we the people of the world hereby nominate and elect Eric Andre to become the new permanent host of The Ellen Show. Fans have been lining up outside of NBC Studios, Adult Swim, The White House, and for some reason my house too….all chanting: ‘Get Eric Andre to replace Ellen, keep show format the same. Also, don’t change the name!!'"

Andre himself then tweeted the petition, complete with a pic sporting an Ellen haircut.

In the first three hours it was up, it received over 16,000 signatures! Andre responded with a pic merging his and Ellen's faces together.

Sadly, it seems as though Fans might have to wait a while...

According to Warner Media, Ellen is still set to return to host the 18th season on September 9.

Who knows what will happen.

One thing is for sure, she definitely has some competition for her job. Keep scrolling to see why Kris Jenner defended Ellen over recent allegations...
20%