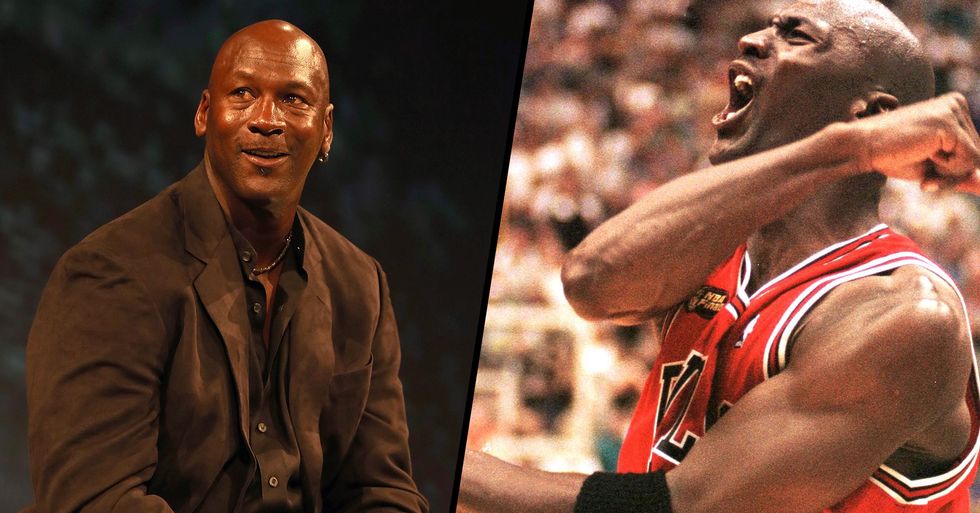 Sports fans are currently being well and truly starved of all live sporting content due to the coronavirus pandemic.

But, it seems that ESPN and Netflix have come to the rescue - trying to cure those sports withdrawals by bringing forward the release date of the hotly anticipated Michael Jordan docu-series.

For the sports buffs amongst us, this news is sure to brighten your day. Keep scrolling for all the details...

There's no doubt that sports fans are itching for some more sports-related content right now.

Due to the coronavirus pandemic, all live sporting events have been plagued with delays and cancelations.

Similar things are happening all over the entertainment industry.

As more and more productions and events are being halted due to the coronavirus, it seems as though some of the most anticipated shows will not be premiering on the big screen any time soon.

The industry has lost out on billions.

While of course, saving lives during this crisis is the first priority, there's no doubt that people across the entertainment industry will be feeling the hit.

The sporting world hasn't been faring too well.

And while many of us self-isolate and practice social distancing, sports buffs, in particular, are struggling for things to watch.

But there has been some good news...

In light of the pandemic, many studios have brought the release dates for projects forward so we can enjoy them sooner than planned.

And, luckily, that's been the case for one hotly anticipated sports docu-series...

It's certain to cure all of that lockdown-induced boredom.

This one is for fans of basketball...

Why? Because the long-awaited Michael Jordan documentary is hitting our screens early.

The former professional basketball player is a true legend of the sport.

The star led the Chicago Bulls to six NBA championships and has earned the Most Valuable Player Award a whopping 5 times.

It was only a matter of time before his stellar career became the center of a docu-series of some kind.

The series, titled The Last Dance, and directed by Jason Hehir, chronicles Jordan and the '90s Chicago Bulls.

And will feature never-before-seen footage from the 1997-98 season, as per Deadline.

In the fall of 1997, Michael Jordan, Bulls owner Jerry Reinsdorf, and head coach Phil Jackson agreed to let an NBA Entertainment film crew follow the team for the entire season.

And the footage is finally coming to light more than 2 decades later.

The series is made up of ten parts.

With the main focus being the Chicago Bulls’ quest for a sixth NBA Championship in 1998.

As we make our way through the season, viewers will get a glimpse into Jordan's childhood roots.

The docu-series will also shed light on the dire situation the team was in before his arrival.

They'll also be tons of current-day interviews with the team.

“Making The Last Dance was an incredible opportunity to explore the extraordinary impact of one man and one team. For nearly three years, we searched far and wide to present the definitive story of an era-defining dynasty and to present these sports heroes as humans. I hope viewers enjoy watching our series as much as we enjoyed the opportunity to make it."

The series was originally meant to air in June.

But this week it was announced that the premiere had been brought forward by 2 months.

ESPN revealed the news in a statement.

“As society navigates this time without live sports, viewers are still looking to the sports world to escape and enjoy a collective experience. We’ve heard the calls from fans asking us to move up the release date for this series, and we’re happy to announce that we’ve been able to accelerate the production schedule to do just that."

“This project celebrates one of the greatest players and dynasties ever, and we hope it can serve as a unifying entertainment experience to fill the role that sports often play in our lives, telling a story that will captivate everyone, not just sports fans."

The docu-series will air weekly on ESPN in the U.S.

You will be able to watch on Sunday nights over 5 weeks from April 19 through May 17.

But of course, they thought of international viewers too.

The series will be available outside of the U.S. on Netflix.