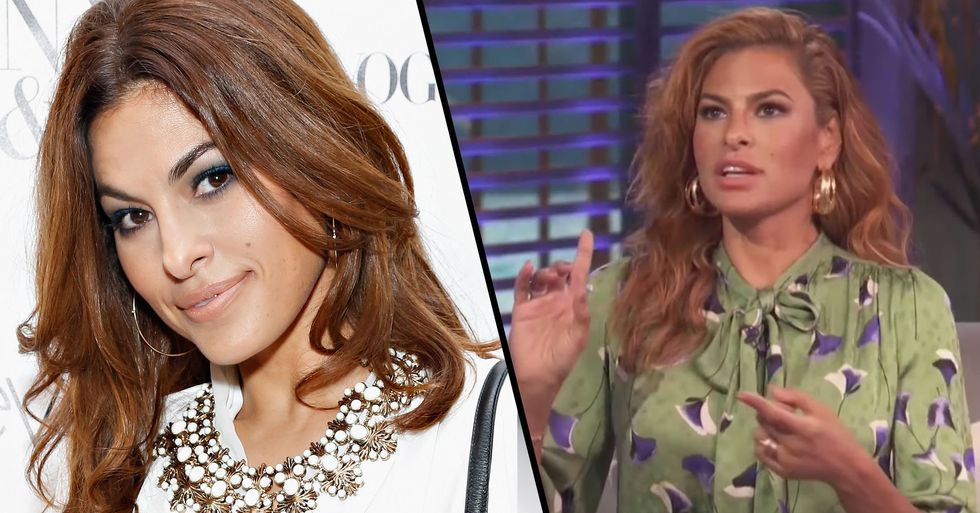 Eva Mendes is best known for her career on the big screen and over the years, she has made quite a name for herself.

But as every person in the limelight can agree, online trolls can strike at any moment.

Eva was trolled for "being old", but the actress hit back in the best possible way.

Anybody in the limelight will feel the heat from online trolls...

And it is a sad reality that millions of people gain pleasure from being cruel towards others.

Online trolling can affect anyone.

And no matter how successful or famous you may be, the constant ridiculing from trolls can truly take its toll.

Someone who is loved worldwide can still be a victim.

Take Selena Gomez, for example. America's sweetheart has 167 million followers on Instagram, but not all of them are there to share the love. She said to the BBC that online bullies find a way to target exactly what she dislikes about herself already, making cyberbullying even more hurtful.

Nobody deserves to be trolled...

But we fear that this fact will never be respected.

But over the past few years...

Awareness has been risen about online trolling and a strong community online has begun to fight back.

People shouldn't doubt themselves because of cruel comments...

But, of course, this is easier said than done.

Many celebrities online have set a good example by sticking up for themselves...

And Eva Mendes is the most recent.

And the forty-five-year-old beauty is no stranger to being on the big screen.

And after landing several small roles in movies, Eva's breakthrough came in 2001 with her performance as the mistress of a corrupt cop in Antoine Fuqua's crime thriller Training Day.

Eva went on to pursue many different roles...

Eva has also worked as model...

Alongside her acting and modeling...

She has been a spokeswoman for many different organizations, such as for PETA, Revlon, Calvin Klien, and the chocolate brand Cocio. She also has her own fashion line, Eva by Eva Mendes.

And we all know that social media is the place where trolls strike the most.

The actress posted an Instagram video over the weekend...

It showed off her stylish "Saturday meeting aesthetic" and her "new hair," and we must say, she's looking pretty amazing.

But of course, people had some nasty comments...

But Eva wasn't going to let the troll get away with such a sour and unnecessary comment...

"Yes, you're right. Thank God I'm getting old," she cooly wrote back.

Eva is actually happy with the fact that she's getting older...

"That means I'm still here," she continued. "I'm gonna be forty-six soon and grateful everyday that I'm aging. Was your comment suppose to make me feel bad? It didn't. It makes me feel grateful. So thank you for the reminder that I'm still here."

"Maybe girlfriend meant to type looking gorg or hot," one fan commented. "I guarantee she mistyped cause ain't nothing looking old! Not that it matters but it breaks my heart that someone would send such negative thoughts to anyone. Looking sweet and kind as well."

Eva responded back to the words of kindness...

"Thx for the love! But it really didn't make me upset, it made me sad that she would think that's a bad thing," she wrote. "Getting older is the goal!!!!! Isn't it?!? I can't wait to grow old AF! That's the plan!!! Now, will I try to take as much care of myself in the process? Absolutely! Again thx for your kind words."

Eva Mendes is the one.

We all need to be a little bit more like Eva, and we should start embracing our natural selves and show words of kindness to even those who show nothing but hate and negativity.