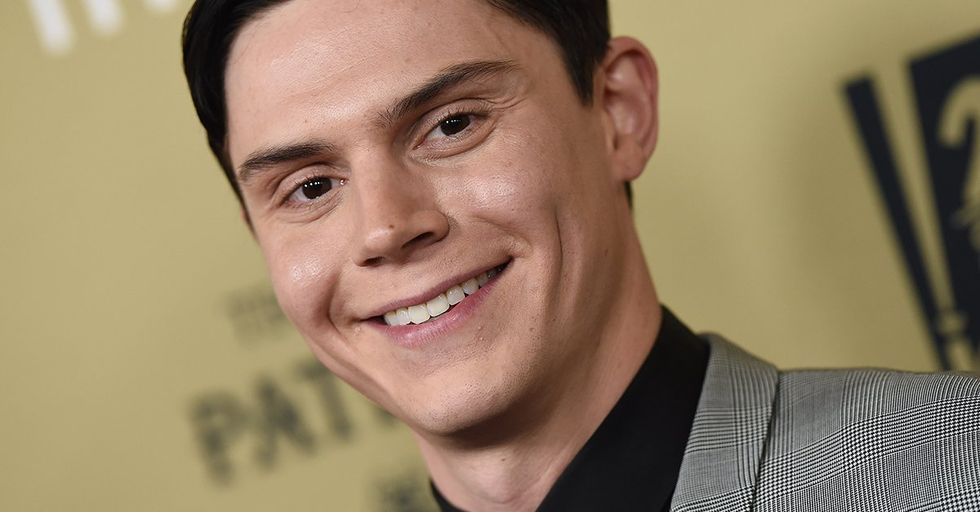 Evan Peters Is Not Returning for 'American Horror Story' Season 9

Have you ever loved a television show so much that you stick with it through season after season? Even when it goes off the rails, introduces bonkers plotlines, and seemingly has no end in sight, you're still in. At some point, you've gotten so attached to the show that it's no longer about enjoying it - it's about seeing it through. You will watch season after season if just to prove everyone wrong who says you should give up.

The Walking Dead fans, I'm looking at you.

The same sentiment could be applied to American Horror Story fans, but the good thing about the latter show is that it's an anthology series. Each season takes place in a different place or time period and revolves around a new set of characters. So, even if you weren't a fan of say, American Horror Story: Freak Show, you could jump back on the bandwagon with a later season.

Another cool thing about Ryan Murphy's FX horror show is that the same cast pretty much returns for each season, with a few differences here and there. Longtime AHS star Evan Peters, for instance, has been on each season since the beginning. But he recently revealed that he would not be appearing in the next season of the show, and fans were shocked.

This is Evan Peters

The 32-year-old is an American actor who has been in the industry since the early 2000s. His resume is quite versatile for being so young.

Like any hot young celeb, he's also known for her who he's been romantically attached to.

Peters had been in a long-term, on-again-off-again relationship with actress Emma Roberts. They began dating in 2012, were engaged twice, but in 2019 it was reported that the pair had apparently called it quits.

The couple made headlines in 2013 when the police were called on them for a loud, heated dispute they were having while in Montreal, Canada.

But they moved past their problems and were together for another 6 years. Anyway, moving on from the romantic drama...

Peters may be best known for his roles on 'American Horror Story' and in the 'X-Men' franchise, but he got his start quite young.

Look how little he is here! Hardly the 32-year-old who is so good at playing creepy characters...

Peters has flourished on television shows but has been in many films as well.

He portrays Quicksilver in X-Men: Days of Future Past, X-Men Apocalypse, and Dark Phoenix.

The biographical crime drama is based on the true story of the U.S. library heist that took place at Transylvania University in Kentucky back in 2004. The film was critically acclaimed, earning Peters a British Independent Film Award nomination.

Peters made his acting debut in 2004, in the film Clipping Adam.  He also appeared in the 2004 comedy, Sleepover, starring Alexa Vega and a young Brie Larson. Yes, this movie really exists and yes, it is early 2000s goodness.

Peters’ early resume includes guest spots on shows you would never associate him with.

He did a stint on Disney’s Phil of the Future, and had a part on One Tree Hill.

In 2010, he was cast in the dark comedy action flick, 'Kick-Ass,' in the supporting role of Todd.

But it wasn’t until 2011 that most of us started to know who Peters was.  We can all thank a tiny little show named American Horror Story for that.

But the horror anthology series could not be further from the tone of Glee. AHS is not for the faint of heart.

The first season of AHS starred Connie Britton, Dylan McDermott, Jessica Lange, Taissa Farmiga, and Evan Peters.  It was called American Horror Story: Murder House and centers around a family that moves into a haunted house.

Seriously, do not watch this first season unless you enjoy being so scared you can barely go to sleep. I speak strictly from experience.

Peters is a staple of AHS.

While AHS, in general, boasts continually stellar casts that include stars like Lady Gaga, Kathy Bates and Angela Bassett, there are a few actors who appear in just about every single season.

Who has appeared on AHS the most?

Sarah Paulson, Lily Rabe, Frances Conroy and Peters himself have appeared the most frequently on the anthology horror series. Their characters differ greatly, and quite often it’s hard to recognize them from season to season.

Peters, in particular, is a chameleon when it comes to acting in this show.

He’s become such a frequent and known AHS fixture that it’s hard to imagine the show without him.

Here is the video where Evan Peters told me he will not be returning to American Horror Story. This is the first ti… https://t.co/2dRE3A0sAG
— Carlo De Santis (@Carlo De Santis)1554234374.0

But while doing a press interview at the convention WonderCon, Peters revealed that he will sit the next season of AHS out.

This will be the first time in 9 seasons that he won’t appear in the show.

It’s truly the end of an era. What will the show be like, sans Peters playing one of the main characters?

Will we still enjoy it?

Are AHS fans prepared for this? He's played so many important characters in the series.

Perhaps it is time for a break. Filming a show like AHS can't be easy or light on hours, so the break is probably welcome.

Besides, he has a few projects in-the-works, according to his IMDb.

But to AHS fans, he will always be an integral part of the show. Let's take a look back at all of the characters he's played, shall we?

In perhaps his most layered AHS character, Peters portrayed Tate Langdon, a seemingly depressed teen in love with Violet. However, Tate ended up being a villain, when it was revealed that he was a school shooter and Rubber Man, as well as a deceased inhabitant of the home. WOOF. Talk about character history.

This character was known as "Lobster Boy" because of a hand deformity he was born with. He dreams of leaving the freak show and living the life of a normal 24-year-old.

James March is a serial killer (shocker) and designer of Hotel Cortez.

Ready for this show to get even trippier? Peters played this "reenactment" role in this bizarre season of AHS.

Despite the fact that this character was a total d-bag obsessed with being famous, Peters looked so cute playing him. Whoops. This was technically Peters' "real" character on this season, though the least interesting...

Peters played perhaps his most terrifying role in AHS, as the cult leader Kai Anderson. That stare. No, thank you. He also played a bunch of famous cult leaders throughout the season.

Peters played two roles in this season of AHS, portraying both a hairdresser and a nuclear scientist.

What a journey Peters has had on this show.

His characters will forever be important to the AHS universe, and he'll be terribly missed in the next season. Here's hoping he'll return for season 10. Share this with a friend who is obsessed with American Horror Story.