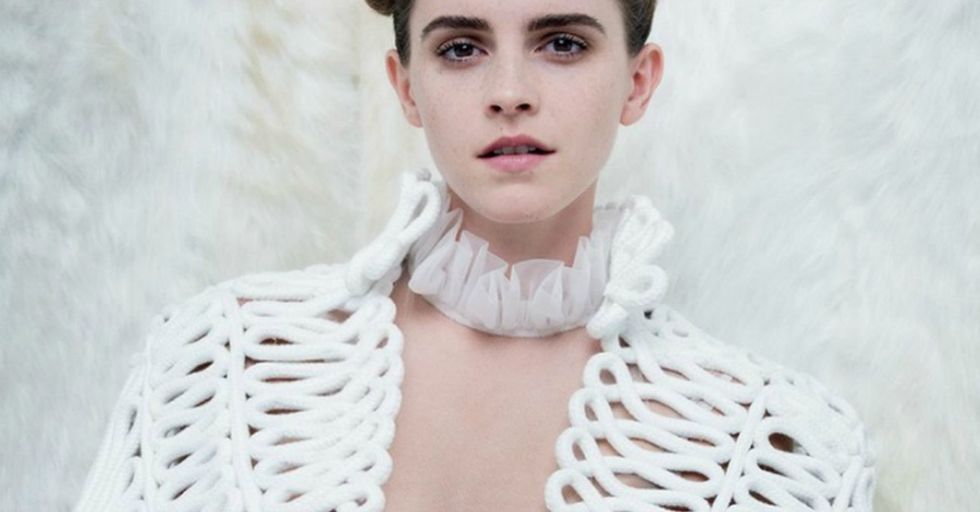 Beauty and the Beast, Harry Potter, and feminism star, Emma Watson, elegantly graced the cover of Vanity Fair in early 2017.

This photo from the spread unleashed a controversy. What ever people could claim to be upset about in this picture?

Well, people are calling her a “hypocrite" and questioning just how much of a feminist Watson — who champions women’s rights as a UN Ambassador — really is and can be if she chooses to be photographed while scantily clad.

Other publications quickly rushed to objectify Watson, with The Sun publishing an article with the headline “Beauty and the breasts."

A piece in The Independent also questioned not only Watson's choices, but her agency as a woman.

Those on Twitter also got a little worked up.

Others thought people were missing the point and took the opportunity to educate them about feminism.

So what does Watson think about the criticism?

She spoke about it in an interview with Reuters.

“Feminism is about giving women choice, feminism is not a stick with which to beat other women with, it’s about freedom, it’s about liberation, it’s about equality," she said.

“I really don’t know what my tits have to do with it," she added.

Watson went on to say, “The shot itself I was honestly slightly taken aback by because we’d been doing so many crazy things on that shoot. But it felt incredibly artistic and I’ve been so creatively involved and engaged... I’m so thrilled about how interesting and beautiful the photographs were." You tell 'em, Hermione.