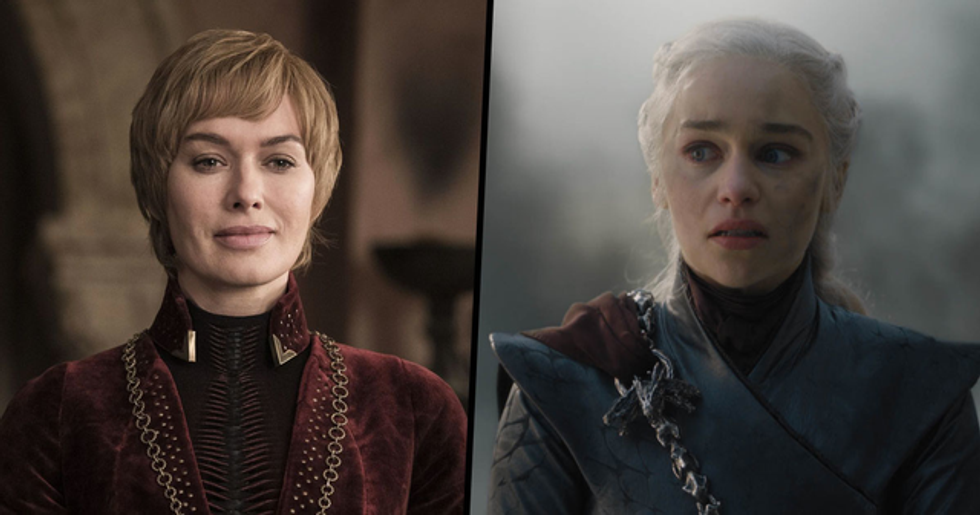 Every Character That Died in Last Night's 'Game of Thrones'

As Game of Thrones draws to a close, it's unavoidable that certain characters will have to face their ultimate ending. When there are so many people who want power, it's inevitable that some will have to be killed in order for any sort of satisfying conclusions to be drawn. But last night's episode was an absolute bloodbath.

As Daenerys made her invasion on King's Landing, we knew that it was going to end badly for someone. But the death toll was higher - and more main character focused - than anyone expected. As fan favorites and those that we love to hate crumbled alike, viewers were left wondering what would become of the Game of Thrones world post-battle.

With just one episode left, it seems that people are pretty sure who the ultimate survivors (and victors) will be. But with so many shockers in this week's episode, only one thing is truly clear - we must expect the unexpected.

By this time next week, Game of Thrones will be finished.

The final episode marks the end of a close-to-decade-long epic tale, featuring a huge range of characters and story arcs.

The show is adapted from a series of books.

Although, the television version has now moved past the events of the book - meaning this will be the first conclusion to the story that the world has seen.

There's one main crux to the story.

People are eager to find out who will end up sitting on the Iron Throne.

Oh, and before we go on.

This should really go without saying - but we'll say it anyway. Spoilers ahead! You have been warned.

In episode three, one of the biggest storylines of the show was concluded.

The White Walkers, led by the terrifying Night King, attempted to invade Winterfell. Their try was thwarted, though, with an expertly placed dagger by Arya Stark.

With that out of the way, there was one major battle left to be had.

Daenerys Tagaryen had to invade King's Landing, to dethrone the Queen, Cersei Lannister, and take the throne for herself.

Which shouldn't have been too hard, thanks to one thing.

Daenerys has one of the best possible weapons - a fire breathing dragon. Although she's lost two of her three, one is still a pretty large advantage.

And these dragons are no joke.

They're exceptionally frightening and they're one of the main reasons for all of Daenerys's successes so far.

They're a symbol of the house Targaryen.

And those with Targaryen blood can't be burnt. This means that Daenerys can inflict some pretty awful destruction while, herself, remaining unscathed.

Game of Thrones is no stranger to shock deaths.

All the way back in season one, the show horrified fans with the execution of Ned Stark, who (up until that point) had been the show's main character.

Then there was this.

The character that everyone loved to hate, King Joffrey Baratheon, was murdered at his own wedding - much to many viewers' relief.

There have been many sad ends.

King Tommen Baratheon took his own life, after his mother, Cersei, blew up King's Landing with Wildfire, killing his wife.

Daenerys is no stranger to violence.

She's been known to rely a little too heavily on her fire-breathing accomplices from time to time.

And they can really cause some mayhem.

Who would have thought it? A huge animal that can incinerate everything in its path can be troublesome if it falls into the wrong hands.

And this week, one thing became clear.

Daenerys is not the fair and just ruler that we were led to believe she is - in fact, she's extremely dangerous. The first of this week's victims? Lord Varys, who was burned to a crisp after spreading the news of Jon Snow's actual parentage.

But Varys wasn't the only major character to fall this episode.

What a legendary run from arguably the greatest #GOT character of all-time, Commander Harry Strickland https://t.co/OI2r0pD9lm
— Ty Schmit (@Ty Schmit)1557714285.0

Harry Strickland, the Commander of the Golden Company, was impaled on a Spear by leader of the Unsullied, Grey Worm.

Some deaths were a little more welcome.

For example, the extremely timely murder of Euron Greyjoy, by love rival Jaime Lannister. He'd long been a source of annoyance to viewers, so watching him bleed out was a slight relief to some.

Another character that some people weren't too sad to see go was Qyburn.

One of Cersei's henchman, the Maester was tossed down the stairs by his own monstrous creation - the Frankenstein-esque Mountain.

But there were sad deaths, too.

Rough around the edges, but having fully redeemed himself, The Hound faced his death in this week's episode.

But he died fulfilling his destiny.

He finally managed to put an end to his brother, the brutal Mountain, who had already been brought back from the dead once.

But even bigger deaths followed.

Queen Cersei Lannister finally ran out of options, and was crushed inside the collapsing Red Keep.

And she wasn't alone.

Cersei was joined in her final moments by her twin brother and lover, Jaime Lannister. He'd undergone a redemption of sorts during the battle of Winterfell, but proved unable to resist his evil twin sister.

Alongside all these named characters were thousands (if not more) of unnamed civilians, who were caught in the (literal) crossfire.

Even after hearing the bell, which signified the surrender of King's Landing, she continued in the steps of her mad father, on her fiery rampage.

Overall, it was a pretty intense episode.

Many viewers were upset by what they saw and wished that their favorite character had somehow done a little better.

Others had a different reaction.

People were not too thrilled about the fates of several characters. Jaime Lannister's reversion to Cersei, and Daenerys's out of character violence have both been criticized.

This wasn't the only plot hole.

Arya Stark was at King's Landing as it was set on fire - but somehow she survived... Many have found this unbelievable, and a sign of lazy writing.

In fact, overall, the episode has not been well received.

People are bitterly disappointed in the undoing of careful character development that the past few episodes of the show have seen.

And there's only one more episode left.

With little more than an hour of storyline and content coming up, there are big questions about whether the show will have a satisfying conclusion.

One thing seems certain, though.

Everyone's sure that we haven't seen the final death in the Game of Thrones universe - we just have to wait and see who will be next!