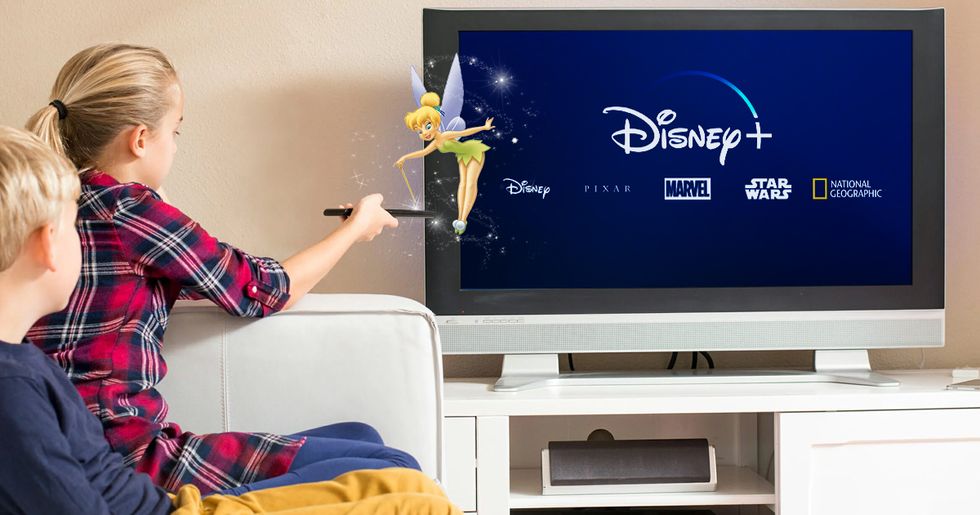 Every Single Disney Movie Is About to Be Available Online Thanks to New Streaming Service, Disney+

Disney movies are like comfort food. For most of us, the cartoon and live-action films are the undeniable classics that defined our youths and continue to warm our hearts to this day. Whether you wanted to be a princess every Halloween or just loved to sing Hakuna Matata, most ‘90s kids have a pretty strong connection to movies that came from the “Wonderful World of Disney.” If Disneyland is the “happiest place on Earth,” Disney’s movies allow us to enjoy a little bit of that magic in the comfort of our own homes.net

That is if you manage to grab a copy of your favorite Disney flick during its short period of freedom from the Disney Vault.

Ah yes, the Disney Vault. That mysterious place where Walt himself allegedly stowed away all our classics until he was ready to release them — for a limited time only, of course. Well, now Disney fans don’t have to wait on the Vault. Soon, Disney will be offering all its classics on a new original streaming service.

Every ten years Disney would re-release one of its titles to the public, but audiences only had a short amount of time to buy them before they got “locked up" again.

The vault’s collection dates back to the 1920s.

It contained all the Disney classics, and when it opened up to make one available on VHS or DVD, it was kind of a big deal. Ah, VHS. Simpler times.

Dumbo was a vault favorite.

Even though it was also, like, extremely sad and everyone got drunk in it. Hey, it wouldn’t be Disney if your heart didn’t break for a cartoon animal by the end!

Obviously The Little Mermaid is timeless.

The oceanic princess definitely made waves when she was released from the vault. No collection is complete without Ariel!

And 101 Dalmatians was one of many must-haves.

Long before the live action (another absolute classic), these cartoon pups totally stole our hearts and made us beg our parents for a Dalmatian. What, just me?

But the Disney Vault’s treasures aren’t just limited to the old stuff.

The modern classics released in the last decade are also kept locked up behind vault doors.

Frozen was an instant classic.

Its iconic song had made it nearly impossible to tell anyone to “let it go" in the last six years. If that’s not staying power, I don’t know what is.

Kids of all ages (and adults too, let’s be real) loved Zootopia.

The film’s poignant, timely story made it a movie the whole family could enjoy together.

Everyone loved Wreck-It Ralph so much it’s already gotten a sequel.

A cartoon classic that plays with the very idea of what makes a hero? Oh yeah, that’s vault material for sure.

But there’s something you should know about the Disney Vault.

Are you sitting down? Okay. The Disney Vault… isn’t actually a real vault.

The “vault" is really just a clever sales and marketing strategy.

Withholding the title from purchase puts them in much higher demand, and allowed Disney to charge more money for them during their limited release.

Yeah, that doesn’t sound quite as magical.

But it did make it feel all the more special to have your very own copy of a Disney favorite.

Today, owning a physical copy of a movie is virtually a thing of the past.

New trends in entertainment consumption and advanced technologies have made VHS and DVDs obsolete, and Disney films have been available for home viewing on streaming services.

If you’ve been watching Disney movies, it’s probably been on Netflix.

The platform became the first place to stream Disney films in 2016, and has been the go-to spot for the cartoon and live action classics from Disney ever since.

For the last three years, the top movies on Netflix have all been Disney titles.

But now, the lucrative partnership is coming to an end. Last August, Disney announced the end of its licensing agreement with the streaming platform.

In fact, it’ll be even easier to watch all your Disney favorites. Soon, every title in the Disney Vault will be available on a new streaming service, Disney Plus.

Disney Plus, or Disney+, is the exclusive new home for every movie in the Disney family.

Disney chairman and CEO Bob Iger recently announced that the platform would contain the entire Disney catalog, which now includes a number of films outside of the Disney original family as a result of the company’s acquisitions.

That’s a lot of your favorite flicks.

I love that Disney+ is releasing every movie from the Disney Vault! Everything between Snow White and Captain Marve… https://t.co/5zFNvJMHHa
— Walt Disney (@Walt Disney)1552035365.0

The platform will also be home to new original content.

The company has confirmed production on a prequel to the film Rogue One, as well as a live-action Marvel series that follows the character Loki.

It’ll also have some new stuff for the kids (and your inner child, too).

Disney is also planning a new show based on Monsters Inc., as well as a High School Musical series.

That also means the Disney Vault will be emptied for good.

Yes, we know it was never real in the first place. But it’s a symbolic gesture that means the end of an era! Only ‘90s kids will remember the Disney Vault.

Oh, and Disney will also own Hulu pretty soon too.

Once its takeover of 21st Century Fox is finalized, the company will put family-friendly titles on Disney+ and reserve Hulu for its edgier content.

According to Iger, the transition is happening relatively soon.

Disney films will gradually be moved away from Netflix over 2019, and new Disney releases will be reserved for Disney+.

The last Disney movie Netflix will stream on its platform is Mary Poppins Returns.

A lot of people are pretty excited about the new platform.

Disney’s movies have been available to stream sporadically, but this would make them accessible in a way that they’ve never been before.

It’s finally time to live out our childhood dreams.

I can watch every single Walt Disney Studios Home Entertainment film in the comfort of my own home? No rewinding?? Where do I sign?

Some are just relieved that the Disney Vault has finally been defeated.

@vulture Movies going into the Disney Vault caused me so much unnecessary anxiety as a child. Like what did Aristo… https://t.co/RXKmkm7Xy5
— becca perry (@becca perry)1552093274.0

Knowing there was only a limited amount of time to grab a copy of your favorite movie before you can never watch it again really does a number on you.

It’s only fitting that this generation is behind its destruction.

In the end, the Disney Vault just another big industry that Millenials killed. Rest in peace sweet vault, you’ll live on forever in our memories.

Hold on, does that mean I have to pay for another streaming service?

While they have not released a subscription price, Iger says Disney+ will cost “substantially" less than Netflix per month. I mean, I guess it’s still cheaper than buying and storing a bunch of old DVDs.

At least you’ll have time to prepare.

Disney+ doesn’t currently have an official release date, but the streaming service is expected to go online later this year.