'Everybody That Has a Baby Gets a Million Dollars', Says Kanye West at First Campaign Rally | 22 Words 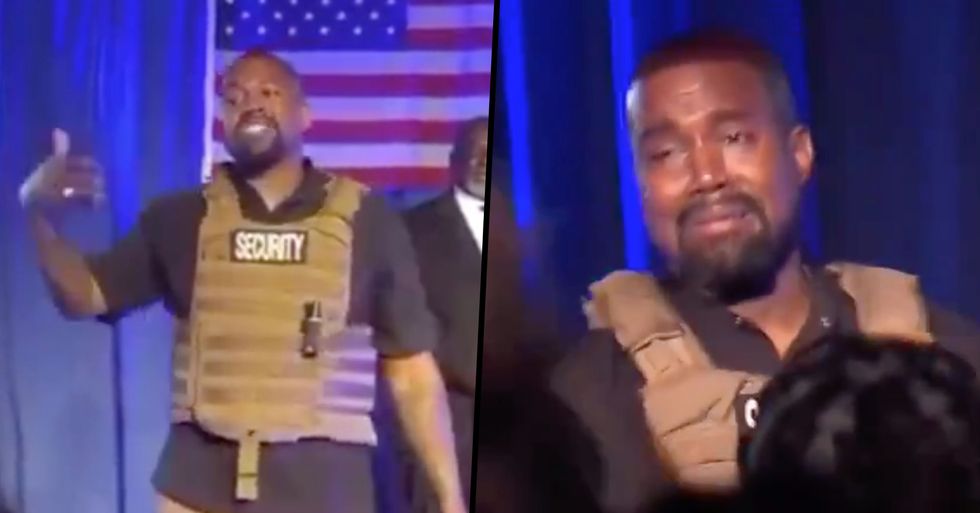 'Everybody That Has a Baby Gets a Million Dollars', Says Kanye West at First Campaign Rally

Kanye West's presidential first-ever campaign rally over the weekend has left fans feeling extremely worried for him after he had a full break down in front of his audience while admitting a very intimate secret from his past. It was all a bit of a mess, but the messiest statement he could have made was saying that "everybody that has a baby gets a million dollars..."

Read on for the shocking footage as well as the reasons as to why he wants to make this happen...

His first campaign rally proved to be an extremely chaotic and alarming experience.

Kanye then started tearing up and he had to take a moment to compose himself as the audience started to cheer and shout things such as, "We love you Kanye!"

He then revealed some very intimate details about his family life...

The man is clearly in a lot of pain which is quite concerning because he is running for the President of the United States, a position that requires immense strength.

After landing on the topic of abortion, he continued talking about his plans to tackle the divide saying this:

"God wants us to create," said West, who has 4 children with Kim Kardashian West. "No more Plan B. Plan A."

He went onto clarify that he believes abortion should, in fact, be legal...

But there should be some more support around the issue, so he decided to announce how he would help others out. "The maximum increase would be everybody that has a baby gets a million dollars or something in that range," he said.

Um... who's going to fund that? Taxpayers?

Let's just say this debut rally was a mess and he's probably not going to end up on the ballot in South Carolina.

Here's the full video of his rally:

November is almost upon us. Vote wisely, that's all I can say. Keep scrolling to see why voting Kanye West into power might be a questionable decision...