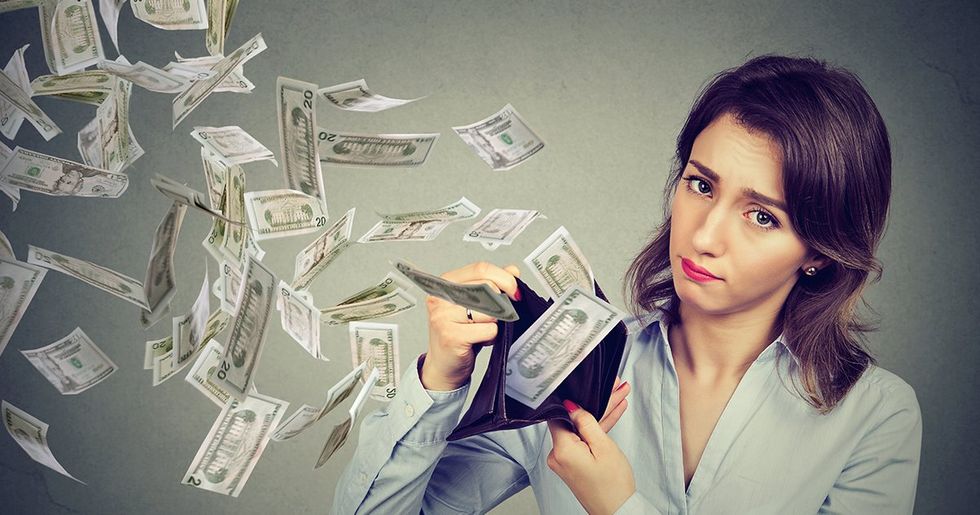 19 Everyday Items That Are Actually a Huge Waste of Money

Most people know that they can't afford to make giant, super expensive purchases that wipe out their bank accounts.

However, there are some things that you spend money on that are really just a waste.

You might as well be throwing all your hard-earned cash right out the window.

Luckily for you, a recent AskReddit thread asked people to share what things are actually a huge waste of money. Their answers might surprise you (and inspire you to switch up your budget).

I would say a lot of baby toys. You spend hundreds on certain flashy, expensive gifts that just sit unused in the corner, and then they play with that trinket you picked up from the pound shop all the time. I know it's a bit cliché, but my experience so far is that kids often just want to play with the cardboard box, so to speak. You don't need to spend hundreds on a 1-3-year-old in terms of toys and games. –mrbasilthebrush

Food delivery services like DoorDash. Amazing way to turn a $7 burrito into a $17 burrito. Confession: I still do it about 4 times a week. –adinfinitum

Document fees at car dealerships. It's a fee for them to print and file paperwork. They'll present it as if it's a state law that is non-negotiable, but that's total bullsh*t. Refuse to pay it. If they won't lower the document fee just fucking leave and go to some other dealership. And if they quickly agree to lower or drop the fee, it might be a sign you're getting fleeced on the rest of the deal. –TexasLonghornz

Class rings. They cost like $500, and you're probably going to lose it before you're in college. –DowntownRepublic This next item is something you may be paying too much for right now.

Renting a router from your ISP Return it and go buy one. –Reishi11

Big-ass weddings. Its OK if you can afford it, but if you're gonna be in debt then whats the point? –26_Charlie

Anything you buy on sale that you weren't planning to buy in the first place. Gives you that rush of buying something when you feel like you're getting a 'good deal.' –TastefullyToasted

My grandpa bought his most recent boat for $28,000. Within 4 years had spent $30,000 on fuel, general maintaining costs, storage, insurance and a one fairly cheap repair. –NC_DE336

Not shopping the deals at the grocery store and meal planning. If you will eat it or use it before it goes bad buy it while it is on sale and save. Like, toothpaste is expensive (takes hard-earned money away from fun things). If it goes on sale twice a year, buy a few tubes at $1.50 vs. the $5. Same goes for cleaning supplies and cupboard food. –Toffeenutwithcream This next item is bad for both your wallet and the environment!

Plastic, one-time-use water bottles. I’ve been saving so much money since I purchased a reusable one. –TheFrankenfoote

Not packing your lunch every day. Once I switched to meal prepping every other week, I suddenly had a lot more disposable income. –Jaybedia

Cleanses. We have evolved over millions of years, and our bodies have a natural way of dealing with toxins (most of the time). Cleanses aren’t necessary, or even a real thing. –Pulverturm

Alcohol. I know a guy who found God and stopped going out to bars and clubs with his work and college buddies. After a year he went back and did the math and was spending 10 percent of his income on alcohol. That was more than he paid in taxes. –diadmer

In some cases (note how I said "IN SOME CASES"), a college education. I'm a big believer in education. However, I think too many people go into it for the wrong reasons at the wrong time. An 18-year-old child getting into debt for promises of a "better future" is a huuuuuge gamble. They may turn out fine, but they may also find themselves in a major debt trap that they won't get out of for a long time. I think even anecdotally we all know some poor sucker with a ton of debt who works a shitty job just to eke out a living. –fasjdflaj In the market for a new car? You might want to read this next answer first.

Buying a new car. Buy a 3-year-old car, and it will pretty much be half off and still have all the features of a new car and be in like-new condition. Also, don't finance a used car at one of those 'everyone is approved!' car lots. Your interest rate will likely be over 20 percent and will probably double the price you end up paying for the car. –MentallyUnchallenged

Getting coffee every day. My friend buys it once or twice a day. That's about 100 bucks a month and 1,200 bucks a year or more. That's not including all the gas she wastes driving there. –SuperMarioMom

Storage facilities. You are paying for your stuff a second time. Use it or lose it! –ourobertos

Shaving with disposable razors. If you add up how much you spend on packets of cartridges for your favorite razor, it ends up being hundreds of dollars (for a daily or semi-weekly shaver) a year. Whereas if you used a safety razor with recyclable double-edge razor blades, you spend $10 for 100 or more razors that last you longer; and not to mention are more environmentally friendly. Or just use an electric razor, either way. –thisismyaltaccnt

Brand-name pharmaceuticals like Tylenol. The generic ones often have the SAME ACTIVE INGREDIENT at the same dosage. –Russian_z33 Share this post with a friend and help them save money!