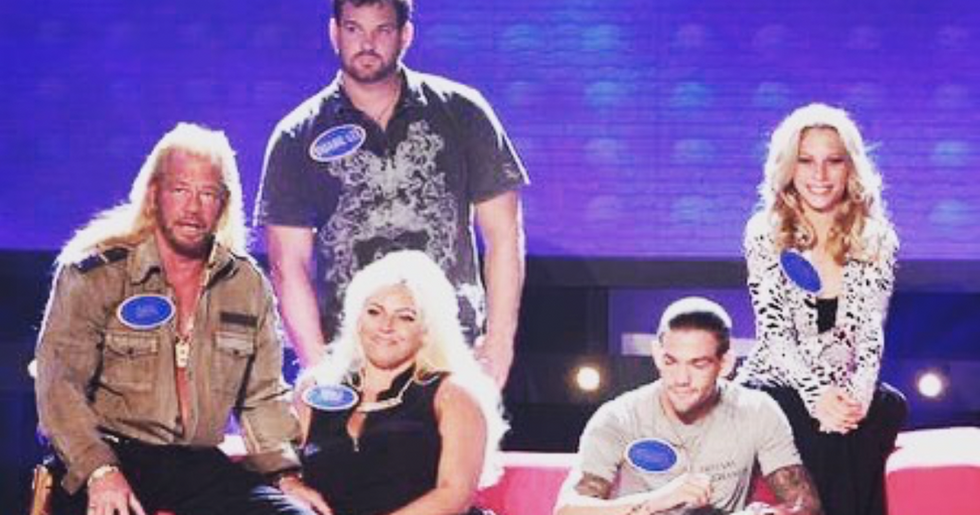 Dog the Bounty Hunter's daughter has shared a throwback picture on Instagram, and everyone is asking the same question.

Dog the Bounty Hunter's family has appeared on many programs over the years.

Their own which include Dog and Beth: On the Hunt and Dog's Most Wanted.

The family even once starred on Celebrity Family Feud.

First aired in 2008, Dog took part in the show to raise money for his chosen charity.

He was joined by 4 other family members, including his son, Daune Lee.

But now, a throwback picture has raise concerns about the family.

Leaving everyone with one question...

So when Dog's daughter posted a throwback from the Celebrity Family Feud show with Daune Lee.

The comments were filled with only one question...

But it seems things are looking up for the star in more recent times.

He revealed earlier this year that he's found love again with Francie Frane - and it seems the 2 are quarantining together.

But regardless of his fans' criticisms...

Dog is clearly wanting to take things to the next level with his new beau... and this includes making her a part of the family business.

And Francie is now the one by his side - essentially replacing Beth.

Going back to his old hunt may have caused his family to also reflect on history.

As his daughter, Lyssa posted a throwback to Instagram.

Lyssa posted a screenshot from when the family was on family feud.

But whilst it was nice to reflect it raised a lot of questions...

...Specifically, what happened to Daune Lee?

Daune left the show following an argument, deleted his social media, and still hasn't addressed anything.

His absence was missed by many.

This is shown by the sheer amount of questions Lyssa received on her post.

She captioned her post "How’s this for a throwback pic ?!? Celebrity Family Fued. 2010?"

One user wrote "What ever happened to Duane Lee? How’s he doing?" and another asked "Do you stay in touch with Duane Lee".

Whilst others said "Wish him and his son would come back together."

Even though he's moving on with his life, theres always a reminder of the past...

For more on Dog the Bounty Hunter, did you know that he's trying to get his murder conviction overturned...?
20%