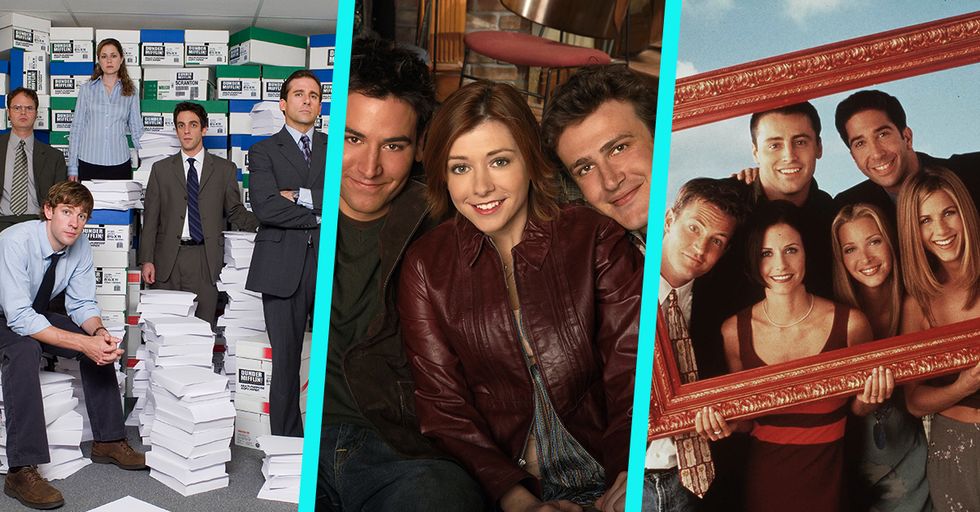 NBC's The Office is arguably one of the best comedies to ever grace our television screens. Seriously, name a more iconic sitcom in the last twenty years. We'll wait.

Regardless if you're a die-hard fan or not, you can't deny the pop culture impact that the show has had since it premiered. Even though it's been off the air since 2013, it's still just as popular as it ever was. Which is why the recent headlines regarding the workspace single-cam have been quite polarizing.

Let's break it all down, shall we?

The Office hit NBC on March 24th, 2005 in the United States. It was our version of the hit U.K. television show created by Ricky Gervais and Stephen Merchant.

Since premiering, the world fell in love with Scranton, Pennsylvania.

And of course the Scranton branch's fearless and ridiculous leader, Michael Scott. Just typing this is getting us emotional. Seriously, who out there doesn't love this show?

Okay, don't even get us started on the Jim and Pam saga.

Deep breaths. Emotional control. WE LOVE THEM SO MUCH. Their storyline was hands-down one of the best parts of the show, and we love them more than people we know in real life (duh).

It's hard to not love every single character, but Steve Carell as Michael Scott was obviously the glue that held everything together.

Which is why we have to talk about the news that is setting Twitter ablaze. According to TVLine, NBC is in talks to reboot The Office.

Steve Carell will not be returning as the beloved Michael Scott. Is everyone doing okay? Do we all need a moment to mourn?

We might not be seeing Carell's face, but that doesn't mean we won't recognize others.

According to TVLine, there would be a mix of old and new cast members. They're also eying the 2018-2019 season for the potential reboot.

But can we still love this show as much if Michael Scott doesn't return?

The show went on for several seasons when Carell left in 2011, but many would agree that it never felt quite the same without him. It's hard to know if a reboot would be a good idea, since so many of us hold the show in such high regard.

Reboots of popular TV shows is for a sure a trend we've been seeing lately.

Whether it's Fuller House, Roseanne, or Will & Grace, it appears that reboots are becoming more and more frequent.

And he's arguably the best character from the show. Not to mention Carell's stellar acting, which earned him plenty of Emmy and Golden Globe nominations.

Plus, he spawned some of the best memes on the internet.

One can't help but wonder how this new reboot will do. There's such insane hype to live up to! Is it even worth it? People have lots of opinions about it...

As we can all guess, the Internet has some feelings y'all.

I love ‘The Office’ more than almost anyone and think this is a terrible idea. The finale stuck the landing perfect… https://t.co/Lr0DMjuYjr
— Corbin Reiff (@Corbin Reiff)1513648703.0

Many people think the ending to the series was perfect. Why go back and mess with perfection?

Others have started to theorize what the new series could be about.

Dwight investing in Bitcoin is a plot line we're oddly interested in. Which brings up another question: IS DWIGHT COMING BACK?

Others are spitballing some sequel titles.

This sounds like a movie. Maybe they'll pull an Arrested Development and have some new episodes plus a movie. Would Steve Carell return for a film instead? One can only hope.

Others are brutally honest about their reboot feels.

This tweet is very relatable. Everyone's immediate reaction seems to be, "NO!" But here we are...still watching The X-Files.

At the end of the day, the show has some very loyal fans with some very strong opinions.

So of course we're wary about a reboot. But there's definitely something exciting about the possibility of tuning back in every week to see what the gang at Scranton is up to.
20%