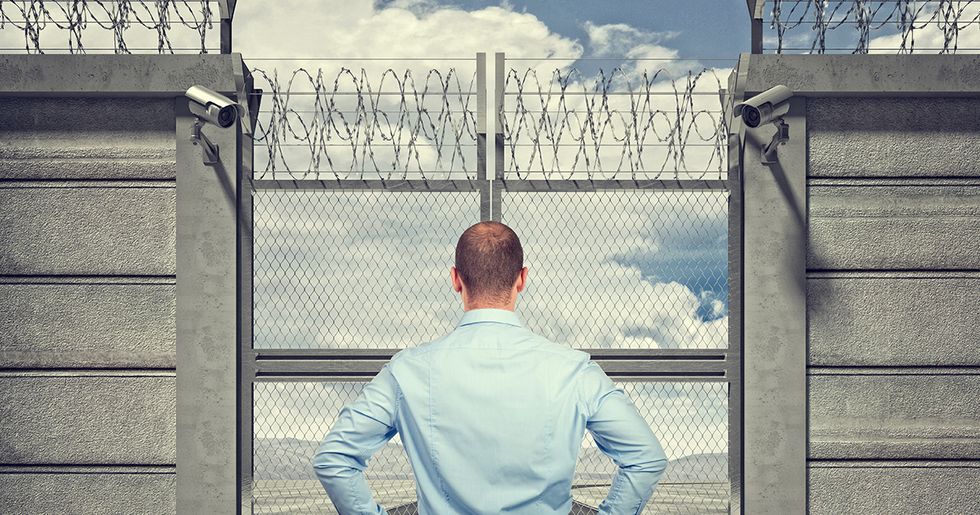 Ex-Convicts Reveal the Things They Actually Miss About Prison

When you spend a lot of time in one place, there are things about that place that become so ingrained inside of you that it’s hard to let go. Even years after you’ve left said place, you can still remember distinct things about it. There’s a routine that you adopt and certain smells and foods and the list can go on and on.

Reddit is one of the most fascinating places on the internet, and a user recently asked the question, “Ex-convicts of Reddit, is there anything you miss about prison? If so, what?”

The answers are incredibly intriguing.

Pinochle. Endless f*cking games of pinochle. I did two years and played so much pinochle. I can't even get 4 people together to play out here. That's the only thing I really miss. Besides not having any actual responsibility. - scouch4703

I can't find most of the good commissary items anywhere. They had some really good mackerel in chili sauce, specific brands of instant coffee (Keefe, Bostons Best) Some kind of Thai Noodles, chips, etc. I have found Keefe coffee for sale on eBay but at like 3x the price. Ridiculous. Bostons best is available but not the kind we had. That sh*t was awesome, and what got me drinking coffee. - Crank_8ball

I have been looking for Texas Beef flavored Ramen Noodles forever. I wrote to the company and was told that some food is made just for the prison system. I was sad. - Gritch

Was in a juvenile facility for 3 years, food much better than I feed myself now in college and the social hierarchy, as f*cked as it was, could be comforting. I’m much less social nowadays so I guess I just miss being social in general. - datkidcorb

Water pressure. It was cleansing. - StarbuckPirate

You are accountable for the things you say and do. - Dicklocked

I missed the solitude of being alone. I did about 47 months, from age 19-23. I missed the feeling of coming home and everything was so new, I respected everything and was so thankful for a new start. Inside, I missed the brotherhood of those around me, that I ran with. The loyalty in there is something you don’t find out here. The learning and humility factor was awesome; it was good being torn down and built new. - mychal_littlecreek

The camaraderie. The brotherhood. Free education and learning facilities. - cheesysnipsnap

Not me but a friend misses playing on ps4s and Xboxes all day and watching cable tv and playing pool. Also having 3 hot meals cooked for you and learning new skills and gaining certificates. - sharpystirling27

The Lack of 'Rents

Not me - but my brother in law is out on home detention. And although he loves his parents very much - he mentioned to me quietly "I really miss only speaking to them once a week." - boohookitty

Friendship, workout buddies, I learned to dance (hip hop) there, and I can see how the lack of having to pay bills is nice. I miss some of those guys every day. It's kind of like, and I'm sorry I am saying this but when soldiers go to war they come back with family, it's very similar to that. - spike4379

Everyone with the exception of my bunkie was very nice. Some of the older guys kind of took me under their wing being that I was still pretty young and that helped quite a bit. - Simond876

Not an ex-con, but a friend has a weird one. He claims to this day that he had the best bread in prison. - tranc3rooney

I miss the friends I made in prison. Everyone was sober and there was no “game." They aren’t the same people when you get out. - bearvszombiept2

I spent half my sentence (6 months out of 12) at a secure treatment ward. Nice place, comparatively. I miss the structure of my day. I had access to work out equipment, weights, and a schedule to keep. I was never in better shape. Not exactly miss it, but I was amazed by all the creative ways inmates made treats for themselves. I was partial to lemon tea; lemonade mix with hot water. For others, it was sugar on margarine and bread. If I planned it right and the cell didn't get tossed (there was a cold spot that would help keep things like the cheese cold for a time), I could even make a tasty cheeseburger. Chip bags were washed out and kept as nearly-airtight bags to store the buns. Still... I intend never to repeat my mistake and never to return. - SyntheticGod8

I used to visit my ex in prison and they had this amazing Big Bang chips. They’re basically barbecue, salt, and vinegar, sour cream, and onion all in one. The closest I can find is Ruffles’ All Dressed Up, which is pretty close but not as good. - kimjongchill79

The things that I would put far above the food are good cellmates, good people in a pod who look out for each other, jail basketball. - throwawaysmetoo

Spent most of my time in solitary, I miss just being left alone. - 2GenderJerry

My husband misses the quiet and being able to read. - Jcooney787

My dad says he missed having no rent and free food and free gym. - LilMaeo

I miss the camaraderie and forced social interaction. Left to my own devices, my introverted ass tends to be a hermit despite knowing social interaction is healthy and necessary. I also miss not having to worry about paying bills and receiving 3 meals per day without having to cook or go grocery shopping. - reereejugs

A very structured day schedule. I tried to keep it after jail but it didn't last long before I fell back into my chaotic life of having nothing structured or planned. - Greedy024

Not a felon but mom is. She was in for drug possession for a few years. The most frustrating part, the drug wasn't even in her system. She has told me she misses the routine and not having to worry about running into people from her past. She also liked having a job - she's disabled now. - Aurum_Selene

Having someone do my laundry. - coloradoconvict

Not specifically prison, but related to it. Was on probation for truancy, and holy f*** do I miss my probation officer. He was so nice, and I'm so lucky he was. He pretty much told me the same thing too, about how my dad and I were super nice compared to the kids he usually gets. - stxrgirlll

I work with this guy who told me about and made me “prison soup." He said he craves it all the time and makes it a few times a year. It’s macaroni noodles, melted cheese, a cut up slim Jim and jalapeño juice, all heated up and mixed together. Then it’s topped with crunched up Doritos. It’s SO good and I’ve made it multiple times since then and it will be the only way I eat macaroni from now on. - killmeleatherface

My friend tells me that he misses pinochle and cold nachos. - Rjetiic