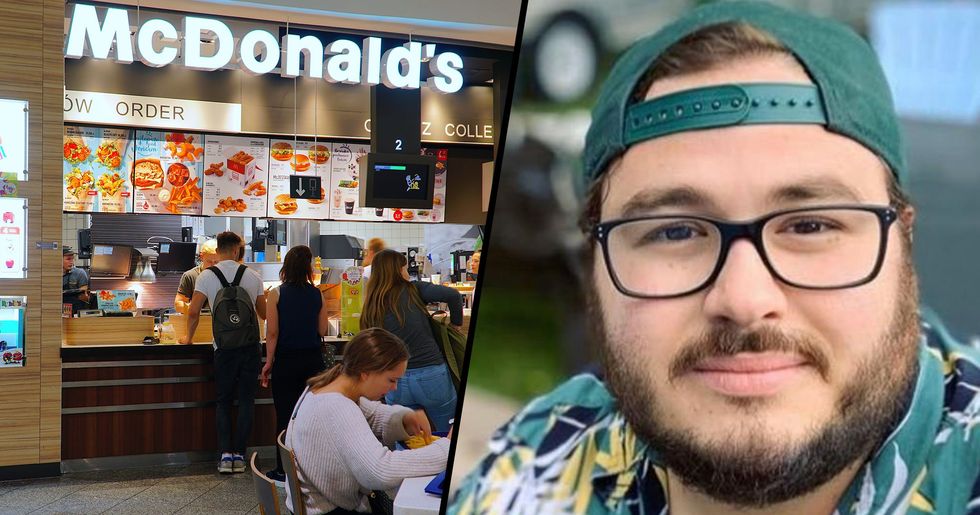 When it comes to fast food, there's really one brand that trumps them all. McDonald's, in spite of a market full of competition, really does reign supreme when it comes to food that's instantly satisfying (though potentially a little regrettable down the line). But despite their extensive menu, there's only one item that really does it for me. The chicken nuggets.

And what's a better feeling than munching on ten McNuggets in your car? I'll tell you what. Munching on eleven!

Keep reading to find out how one man changed the lives of his customers, one McNugget at a time, to find out the exciting new addition to their menu that has blown our minds...

Chicken McNuggets, first launched in the early '80s, have always remained close to the top of their bestselling items. For many, they're the only acceptable thing to order on the McDonald's menu.

There's nothing better than enjoying a box of McNuggets in your car, is there?

Waiting ages in the drive-thru is worth it once you bite into that nugget. But once you're down to your last one, it suddenly becomes a sad love story.

But not if you were served by this guy.

Cody Bondarchuk is a former McDonald's employee from Canada who did the customers a national service by adding one extra nugget into "almost every single" nugget box meal he could.

In his two year career at the franchise, that's a lot of bloody nuggets!

He made the revelation on Twitter and instantly went viral. I mean, everyone loves a free nugget, don't they?

The tweet has garnered lots of love over the past 4 days.

With almost a million likes and 14,000 comments, the world just can't seem to get over what Cody has done.

One user commended him for his efforts.

From henceforth, he shall we known as a "modern-day hero."

Other users were a little concerned about one thing...

Some just weren't having any of it.

It's a nugget, not a diamond. Chill. There's always got to be someone ruining the fun and nine times out of ten, it's always a Barbara. But at least Cody took it well.

Apparently, he now works in a bank...

But I hope he isn't doing the same thing there... Yikes.

But forget Barbara, the majority reacted with this comment...

An American hero? Guys, get it right.

Right, I give up.

Cody has so much more patience than I do.

Even those who aren't a fan of McDonald's...

Really felt this one. And if you're in the mood to read more about McDonald's, check out their newest addition to their menu. I hope you have a sweet-tooth!