19 Examples of Things That Just Lined Up Perfectly | 22 Words 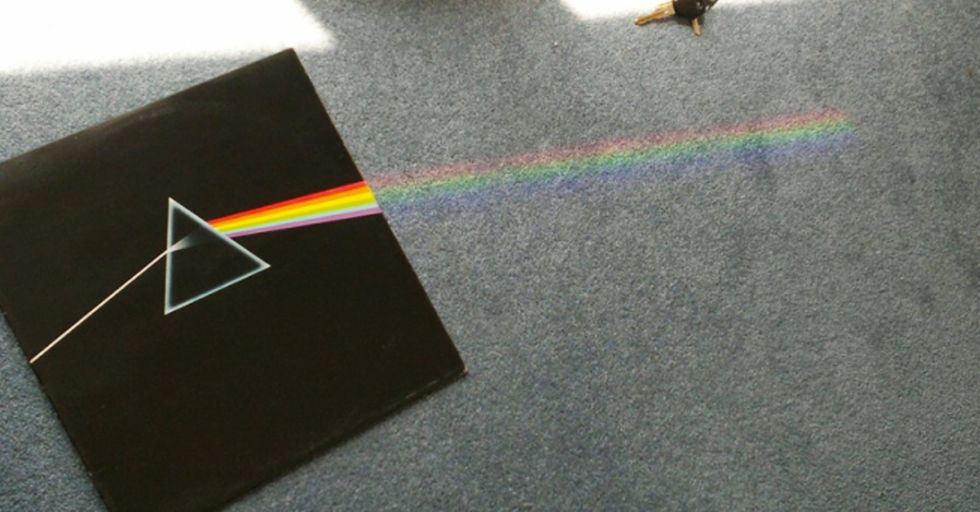 19 Examples of Things That Just Lined Up Perfectly

The pictures in this gallery line up perfectly.

Perhaps by coincidence, but... perhaps by fate?

But one thing is certain: They will blow your mind.

You might want to put a hat on to keep your mind from leaving your body forever. These photos are that good.

Either this skier's clothes line up perfectly with the landscape, or there is no skier there at all. It's just your imagination! OK, it's the first one.

This pair of eyes

Dora the Explorer meets Bane. No but really, her eyes make her look like she's suffocating.

I'll have you know that I googled egrets and herons to see what type of bird is on this plate in order to make a mediocre joke I'm not even going to make about how they look extra delicious today. That's how dedicated I am to my craft. For the record, I believe the one on the left is an egret, and the one on the right is a heron. You're welcome.

It weirdly does look like the same plate, except maybe where the left side of the plate was in the sun too long and dried out. The next one will make you question everything...

Whoaaaaa. I guess this is what's on the dark side of the moon.

The rain stopped perfectly on the line between bricks! Do you know how hard that is to do?!

This is totally real. It just looks fake because the poles line up perfectly with the horizon.

This photo looks like something out of an old children's show from the '50s or '60s that was actually way scarier than it was entertaining.

So that's what these ice cubes are for! In all other cases, these are the worst kinds of ice cubes. The next one might make you believe in god...

Look at that! Their shadows combine perfectly to form a centaur. That makes this already-cute picture even cuter.

It doesn't get much more picture-perfect than this. They must have planned this, right?

These two desks from the same grain

The grain of these two dorm desks lines up perfectly! These desks aren't just siblings... They're twins!

The hole of the Swiss cheese lines up perfectly with the hole in the bread. That's how you know this sandwich is going to be next-level. Speaking of next-level...

What is this witchcraft?! Seriously, how did this happen?

It's a little hard to tell what's going on here. Basically, that cat is sitting in such a position that the cat ornament in front of it looks like it's the head of the cat. But it's not. It's an ornament. Merry Christmas!

This piece of art

Think about how crazy this is. The tree in the rearview mirror perfectly lines up with the tree that the car happens to be passing. I know.

This truck must only drive on this road for this purpose, right? I mean, come on. This just doesn't happen.

It's as if the ground is saying, "You're a star, nature. Keep doing your thing." Share this with someone who appreciates perfection!