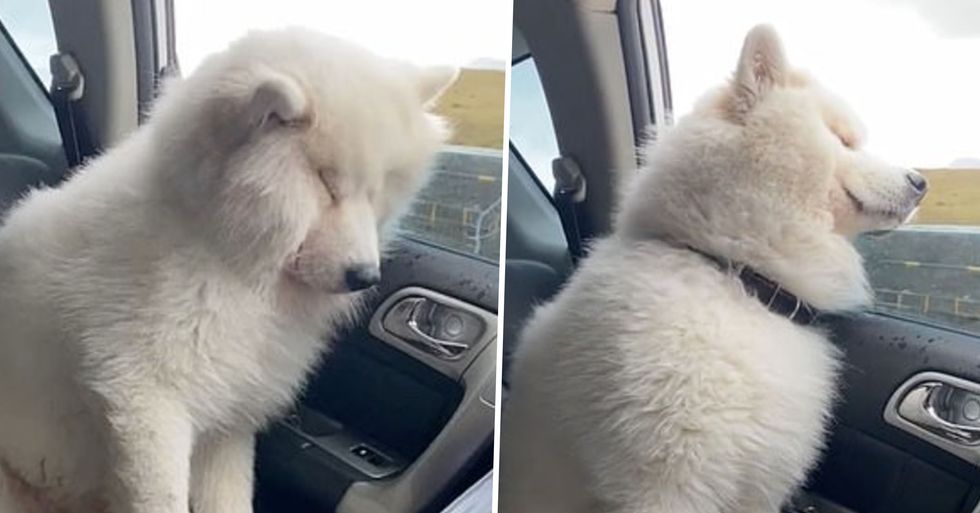 A video of a dog falling asleep while standing has taken the internet by storm for obvious reasons - It's just too adorable.

One dog has stolen the spotlight this week...

And it's for the most adorable reason.

And we just can't get enough of him.

And obviously, neither can you guys...

Because it's safe to say that dogs are one of the world's most popular pets.

But, dogs don't just provide us with a cuteness fix...

They also make for some pretty hilarious content too.

This week was no exception to that...

The next pooch you're about to meet will really brighten up your day.

Here's the doggo in question:

4-year-old Samoyed, nicknamed Dan Dan, has taken the internet by storm after he was filmed struggling to stay awake in the car.

His sleepy face was captured on camera by his owner from southwest China’s Chengdu city.

The Chinese woman and her husband had gone on a trip with their doggo during the National Day holiday in China, an 8-day celebration combined with the mid-Autumn Festival.

But Dan Dan appeared to be particularly exhausted after the holiday's antics...

The pooch can be seen briefly opening his eyes before giving in to snoozing.

Hundreds of thousands of social media users gushed over the dog's sleepy face.

And it's not hard to see why!

Want another internet-famous pet? Scroll on...