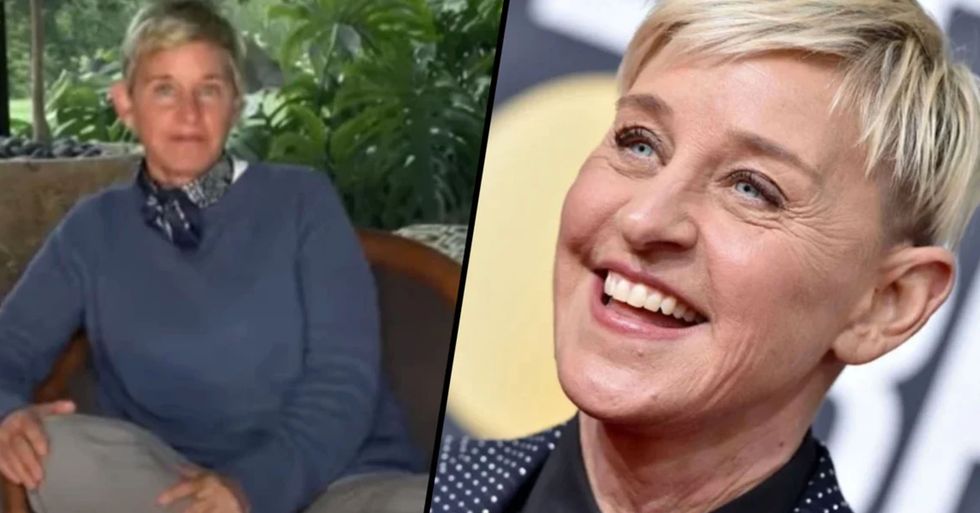 In the last couple of months, sinister stories about Ellen DeGeneres' true nature have been circling her infamously "warm and bubbly" image like sharks.

And now, experts have come forward to reveal what exactly these stories could do for her all-important brand image, and it is pretty concerning...

Various stories that detail Ellen's true character have been circulating online for years.

But, in the last couple of months, things have reached a boiling point.

Though she has built her on-screen persona around being outspoken against injustice and generous to the needy...

Many people have been claiming that, in real life, she is quite the opposite.

And, over the years, people have started noticing.

And this has certainly been no exception. Keep scrolling to see a selection of tales told from behind the scenes of the real-life Ellen Show...

She apparently holds little respect for her hard-working staff.

There was also the time she bullied Mariah Carey into admitting she was pregnant on The Ellen Show.

And she reportedly sacked someone for talking to her too much.

And she apparently chooses someone new to "hate" every week.

She's notoriously picky with her scripts.

And, just to top it all off, Ellen apparently hates her own fans.

Now, Ellen is yet to comment on these accusations...

But, even without her admitting or denying them, it is undeniable that they will have a detrimental effect on her brand image.

As stated earlier, Ellen has long branded herself around being warm and kind-hearted...

So stories of this nature could have a devastating effect on her career.

And now, an expert has weighed in on the situation.

Brand expert, Eric Schiffer, chairman of Reputation Management Consultants, told Fox News that all of these negative stories coming out about the host are going to be devastating for her brand, and that she will have a difficult time ever recovering from them in the public eye.

In a statement, he said:

"The behavior that's been revealed about Ellen is rat poison to the Ellen DeGeneres brand."

He has predicted a rather bleak future for the star.

He continued: "When you have a brand like Ellen's leak information that is 180 degrees different than this facade she's been painting, it creates a dumpster fire on her image and it's like watching the Hindenburg."

And he even predicted how she may attempt to handle the backlash.

"The way she'll bounce back is to put on even more phoniness and play the game." He then added that she will probably "surround herself with other celebrities, puppies, and babies to try to make light of things." Now, why doesn't that surprise us?

But Eric believes that a large percentage of her fan base has already been turned off from the host...

Between twenty to thirty percent, to be precise. So she's going to have to work extremely hard at repairing her image and her relationship with her fans.

Keep scrolling to read about the time she was seen hanging out with George W. Bush, and how it divided the internet...