Bless Your Eyeballs With These Very Cute Dogs | 22 Words 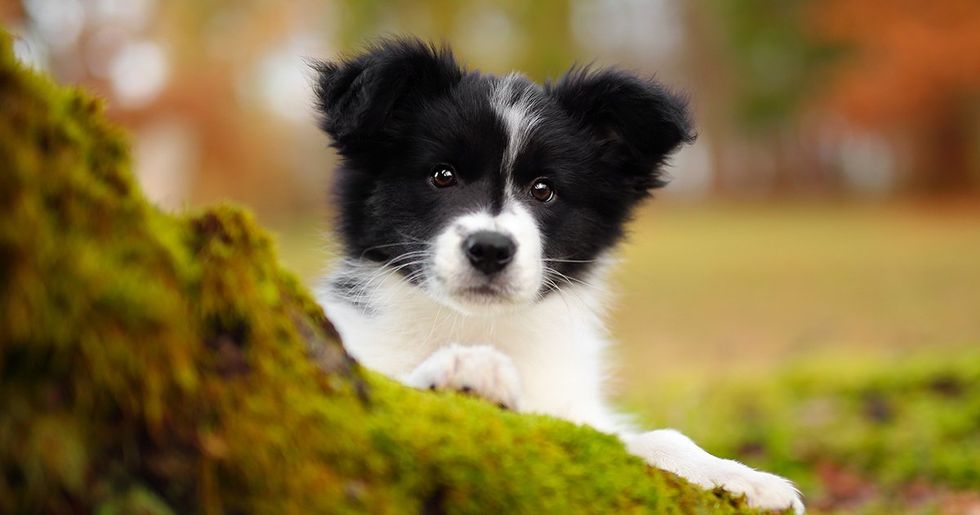 Bless Your Eyeballs With These Very Cute Dogs

As I write this, my pup Simon is curled up next to me, snoring and snoozing and being adorable. (Yes, I am bragging.) But not everyone gets to spend their days with their furry family members right by their sides. Or perhaps you don't even have a furry family member of your own (YET!). If that is your story, this list is for you.

The puppers and doggos, and smooshies on this list are guaranteed to make you smile and brighten your day. These poopers are wearing flower crowns and napping on each other and so excited to see their humans after many weeks away. They are pouncing on each other and relaxing in the bath and sneaking up to surprise their friends. I legit giggled to myself out loud watching many of these videos and looking at all of these pictures while sitting alone on my couch. It was embarrassing, but I also could not help myself! You are welcome.

Um, is this even a question? Of course, I am keeping him. He looks like a cartoon pup out of a children's book and I love him so much.

I have never seen a dog wear a flower crown so well. She was born to be royalty. All hail Queen Abby.

This king of the...lawn...thinks he's being so sneaky. You've got to watch this video all the way to the end because the last second is so good.

OK, this video made me cackle but also the caption is perfect. Have you ever met someone in real life after talking to them online? This is exactly what it's like.

Well, this is the floofiest little fluffball I have ever seen and I love him so much. I bet he's a great cuddler.

Prosecco, as her name suggests, likes living a life of luxury. And who can blame her? She's living the dream, and we get to witness it.

The face on this dog says, "Look, I know this is my job, so I'm going to do this for you. But just know that this makes me deeply ashamed."

This is way too cute. This dog does not want to lose sight of her best friend ever again, not even while on a walk. My heart!

I mean, they look like they could be related. They're obviously meant to be best friends, and I'm so glad they found each other.

This is Gryffin. He’s wondering if you got the cuddle report he forwarded yesterday. Also could you convince HR to… https://t.co/oSMKa5xYMY
— WeRateDogs® (@WeRateDogs®)1549990839.0

Very serious question: Is Gryffin named after Gryffindor? Because that would just be an extra layer of cute on top of this already adorable pup.

Let me just tell you there is a special place in my heart for regular dog breeds that are mixed with stumpy-legged dog breeds. It's the best thing.

If you don't follow @IvePetThatDog, you definitely should. This little kid named Gideon goes around meeting dogs, taking pics with them, and telling us all about them. It's the most wholesome Twitter account in the world.

George is really savoring that sock. It's quite salty, but it also has a nice funky quality that's different from anything else he's ever tasted.

Whoever named this dog should be given a round of applause. Neville is the perfect name for a corgi.

This is too funny! That dog became a little ball of static electricity just by being on the trampoline for a few seconds!

No joke, this video made me lose my mind laughing. Maddie doesn't want to lose sight of her human, and it's so cute.

Oscar is a little burrito dog! I could watch the clip of him coming over and flopping down on the blanket on repeat all day.

Poor Otis doesn't know what to do about the cat drinking his water. What a perfect video.

This tiny pup does a legit acrobatic football move to keep her toy from being stolen and now she is my hero.

This is the tiniest, weirdest little pug I have ever seen and I love him so very much. His name is Willie.

There is nothing better in this world than a dog who is all tucked up like a burrito or a croissant. It's so cute when they do this.

Can you see the pup desperate to be in the photo? Hint: He's on the left and he looks insane.

That is the tiniest and most skilled at dancing pug I have ever seen in my life. I would pay to watch this show in person.

We trained our Newfie to pick up the newspaper and carry it down the driveway, and that's the closest I've ever come to living in a 1950s sitcom.

Chapo! The underbite! The shameful nod! He's such a good boy, even right after he was such a bad boy.

The tongue wiggle when she turns her head is so good I could watch it on repeat for hours and hours. What a precious face.

This is simultaneously so hilarious and so sad. Those people are never going to pet you, sweetie. No matter how adorable you are.

The Westminster Dog Show happened recently and the agility competitions were amazing. Verb is a champion.

On the other side of the spectrum is Winky, who is definitely more my speed. In my opinion, Winky put in the perfect amount of effort.

My annoying ass being annoying then getting shocked when someone actually gets annoyed. https://t.co/jxwKpcTdXC
— Ben Hall (@Ben Hall)1549993440.0

Even when dogs are annoying, they're the best. Share this with someone to brighten their day!